The New York Times recently published a long front-page story about how Google “took over” the classroom. The writer’s primary focus is on concerns about the amount of student data the company is collecting in exchange for their free tools, and what they plan to do with it, although she doesn’t get many answers from them.

However, the part I found most interesting was about how those Google’s tools arrived in many classrooms in the first place. IT directors from Chicago, Oregon, and Fairfax County (aka our overly-large school district) complain that representatives of the company went straight to teachers with products like Google Classroom instead going through channels.

He said that Google had directly contacted certain Fairfax teachers who had volunteered to beta-test Classroom, giving them early access to the app. In so doing, he said, the company ignored the Google settings he had selected that were supposed to give his district control over which new Google services to switch on in its schools. 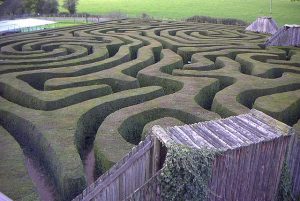 through the formal process of getting those services approved?

Lots of reasons, but in our district it’s mostly because they know that the wheels of our bureaucracy grind very slowly. The formal evaluation system for new tech products can take years, especially for anything that hasn’t been blessed by Microsoft.

IT grudgingly went along with the use of Google Drive in the classroom after hundreds of teachers started using it on their own. Some of our innovative people very quickly recognized the value in online collaborative tools and jumped at the opportunity soon after it was released (only five years ago). One school even had the audacity to register their own domain to make things easier for their staff and students.

This would be a good time to point out that there’s no such thing as “free”, especially when it comes to Google. Even if the latest tool looks like a gift from the gods, teachers still have a responsibility to be cautious about allowing their students to pour data into these systems (see also the recent news about Edmodo).

On the other side of things, district administrators also need to understand that some of the best resources for evaluating new technologies are the connected, innovative educators working in their schools. Ignoring their expertise and judgement is going to result in them ignoring you.