Did You Learn Nothing From The Pandemic? 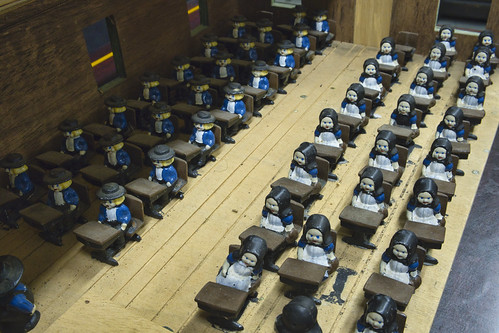 When it comes to lessons from the abrupt switch to doing virtual schooling, local school districts certainly didn’t.

The Post reports that “Online learning to shrink or go away in D.C.-area schools next year”.

Online learning, already offered only to students with medical needs in many D.C.-area schools, will shrink even further in the Washington region next academic year — and will be eliminated entirely in some schools.

School systems throughout Maryland, Virginia and the nation’s capital adopted online learning in spring of 2020 almost overnight in response to the coronavirus pandemic. Schools spent thousands in funds and hours of labor to deliver laptops, tablets and Internet hotspot devices to families in need.

As this school year draws to a close, however, some school officials are announcing that online learning will not be an option next year, or will be capped at low numbers. They are arguing that students fare poorly in an online environment, an assertion supported by copious data that emerged from the pandemic — including a recent McKinsey and Company study that found children, on average, fell behind four months in both mathematics and reading during remote schooling.

Of course, the study’s “on average” is based on scores from standardized tests. Or more likely, with the scarcity of hard data, speculation by McKinsey researchers of what kids would have scored without the disruption of a pandemic.

What the statistics and district administrators are missing is the hundreds, maybe thousands, of students who actually did well with online schooling. The kids and their families who actually liked the flexibility of having school delivered to their homes.

Although online learning is probably not appropriate for most students (it likely doesn’t serve kids at elementary level well), there is certainly a substantial population of teens who thrived online (some teachers too) and would benefit from having this option, even for part of their schedule.

In education, we talk a lot about “differentiation” of instruction. But with this misguided decision, schools are saying that concept can only be narrowly applied in a face-to-face classroom.

Besides, allowing kids some control over the time and place of their learning never sat well with the politicians and loud “grassroots” organizations who screamed about “opening” schools. Most schools were open for the duration of the pandemic. They just were not “open” in the traditional setting expected by adults.

Ten years ago, the state of Virginia passed a law requiring students to take an online course in order to graduate. Over the past decade, we haven’t made much progress in virtual schooling beyond that largely-empty symbolic gesture.

The decision to all-but kill virtual classes says that we probably won’t make much progress in the next one either.

Not sure why, but this miniature of an Amish school from the American Treasure Tour Museum, seemed appropriate for this post.