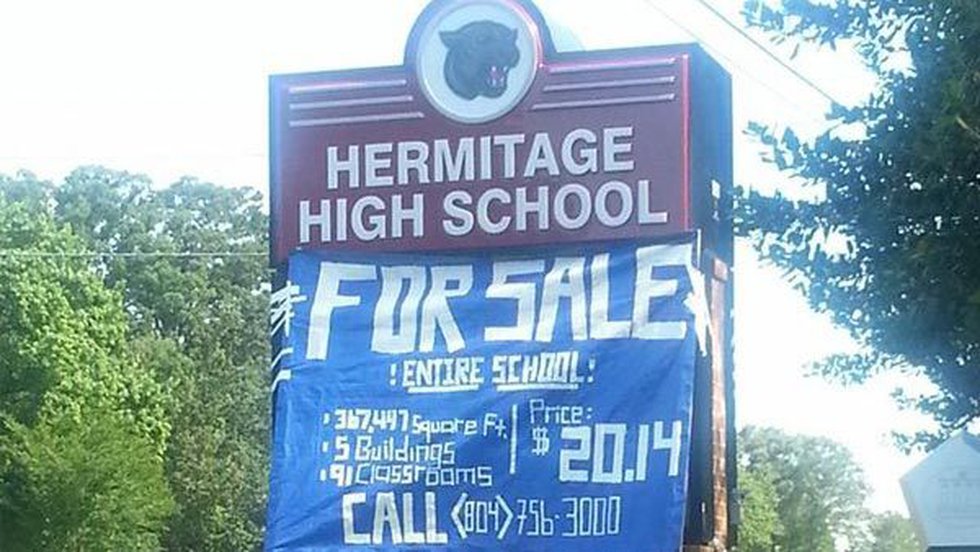 The Washington Post reports that the latest project from serial education “entrepreneur” Chris Whittle is on the verge of failure.

In 2018, Whittle pitched investors on the concept of the “world’s first global school”, private institutions with a network of campuses around the world, emphasizing “experiential learning, foreign language skills and ‘a collective intelligence’”.

A year later, the first two schools opened in Beijing and Washington, DC. They may not be around much longer.

Uncertainty hangs over the Whittle School nearly three years after it opened in Northwest Washington with about 185 students in tandem with a sister campus in China. It now enrolls fewer than 130 in a cavernous building on Connecticut Avenue that was once envisioned as a futuristic campus for more than 2,000 students from prekindergarten through high school, including boarders.

This is hardly surprising news.

For his entire career, Chris Whittle has been working to make a profit from education, and has burned through a lot of money, mostly from taxpayers and suckers investors, in the process.

When I was in grad school, his 13-30 Company was distributing boxes of sample products and free subscriptions to a glossy “lifestyle” magazine on campus. But this was more than just marketing shampoo and spring break trips. Whittle’s plan was to collect and monetize data from millions of consumers in that 13-30 age range.1

I encountered Whittle again in the early 90’s when he showed up in my classroom in the form of a “large screen” television set that had been installed in the corner.

The deal made by the district with Whittle Communications required us to have our students watch a 15 minute news show every morning. A program that included “only” two commercials. If you didn’t count the ads disguised as news stories.

After selling Channel One News in 1994, Whittle joined a company called EdisonLearning which was as an “early pioneer in public/private partnerships in K-12 education”. He left the company (which is still around, primarily running online schools) when it was taken private in 2003, as the stock was tanking.

Although Whittle is an early, high-profile example of a rich guy trying to profit from school, teachers, and students, there are many more of them working that con today.

Among many other examples, a recent report by the Network for Public Education, “details how many for-profit management companies (referred to as EMOs) evade state laws banning for-profit charters”. And the scams involving charter schools are increasing.

Here in Virginia, our MAGA governor is doing his best to boost the effort using something called Lab Schools.

The new legislation would allow any institution of higher learning as well as private companies to form lab school partnerships with localities, and is separate from Youngkin’s push to expand public charter schools.

While the actually reputable universities who were represented at the announcement might do something good with this concept, it’s more likely that most of the money allocated for this project (along with a lot of local school funds) will go elsewhere.

It’s more likely to get sucked up the religious-indoctrination factories we have scattered around the state. Like Liberty University, created by the weasel Jerry Falwell, and Pat Roberson’s Regent University. And to those for-profit companies currently evading laws in other places.

However, whether you call them lab schools, charters, vouchers, or something else, this and other inspirationally-named programs are first and foremost a distraction from efforts to actually improve public schools for all kids. Advocates for these programs talk about helping kids but that’s not the ultimate goal.

They are far more interested in syphoning off as much public money as possible to create what are essentially private schools. Institutions that will shelter the kids of rich people from the realities (and “lesser” people) of the world for as long as possible. And make a profit, of course.

So, the bottom line question is, do we call people like Whittle, Youngkin, and the institutions they support, educational “entrepreneurs”? Or con artists?

The image shows a student prank from the class of 2014 at a high school not too far from here, in Henrico County. But the fact that the kids “checked with the school principal before attempting the prank” is a little disappointing.

1. The poor guy had no internet. He had to settle for using post cards and minimum-wage students with clipboards. But the idea made him rich when it came time to sell the company.