Getting Our Priorities Straight

EdSurge, an organization that tracks the edtech industry,1“Salivates over” is probably a better descriptor than tracks. They are rarely critical of any product or company, unless, of course, it has a bad business plan. is covering a conference called the ASU+GSV Summit. Here is the opening paragraph from their report of the first day.

Bankers, lawyers, researchers and policymakers. Administrators, entrepreneurs and the Golden State Warriors. The ASU+GSV Summit, now in its eighth year, has assembled yet another potent cocktail of education industry stakeholders from different walks of life. (We’re kidding about the Warriors, who just happened to be staying at the venue hotel prior to Game 4 of the NBA playoffs.) 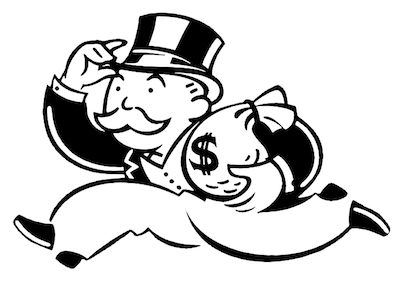 Notice anything missing from that “potent cocktail of education industry stakeholders”? Like teachers, parents, and the most important stakeholders of all, students?

Just the fact that they use the phrase “education industry” pretty much tells you all you need to know about the priorities of EdSurge and this conference. But if that’s not enough, how about this little observation.

Yet among the more than 3,000 people who poured into Salt Lake City for the event, the bankers were visibly in full force.