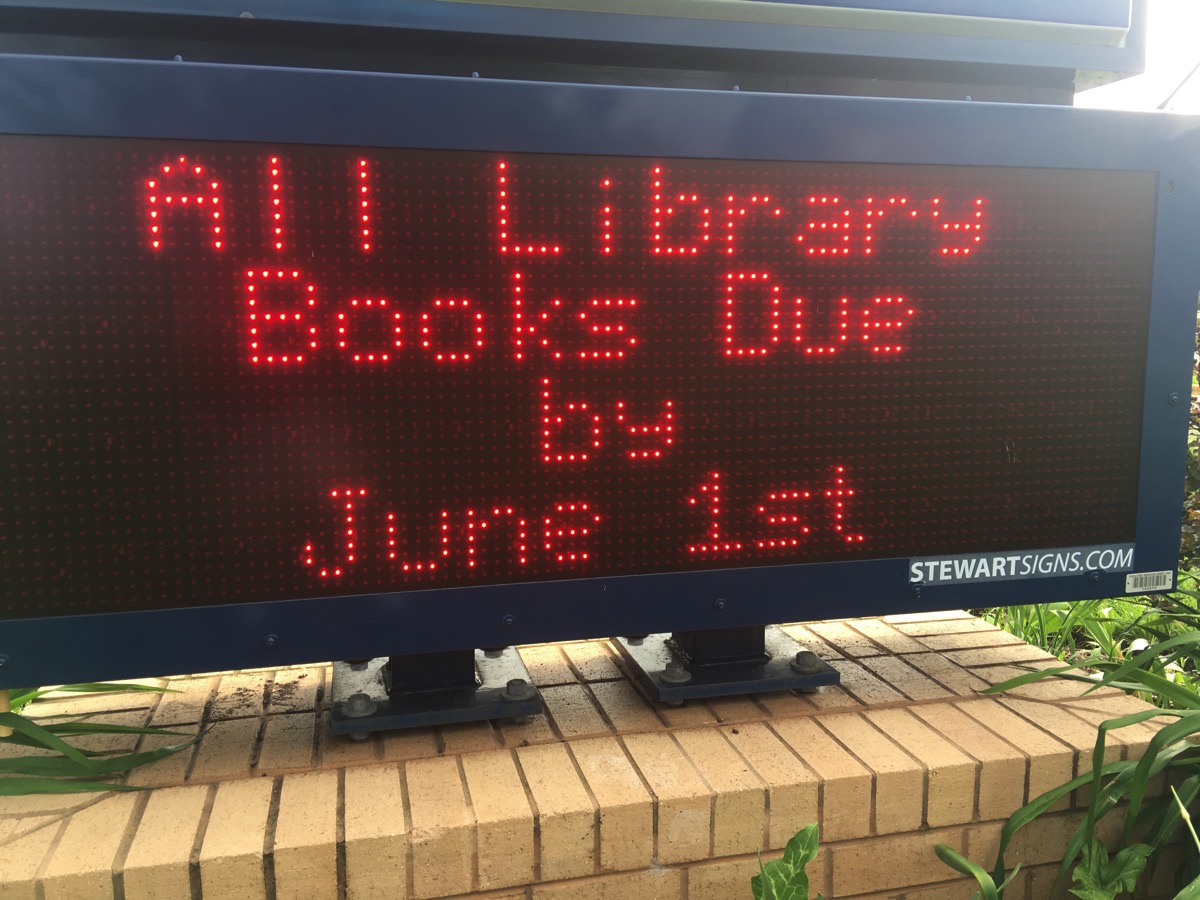 This sign is in front of a local elementary school. The end of the academic year is June 15.

Which means the library is basically closed for the last two weeks of school.

Unless things have changed drastically in the two or so years since I left the overly-large school district, almost every student computer in the school has been used for testing this month. And the IT tech support people will likely begin collecting them for summer storage around the same time the library wants it’s books back.

Which means technology will largely also unavailable for instruction during the final six weeks of school.

Of course, there are plenty of other activities that don’t require computers or library books going on during the final two weeks of the school year.

But I wonder how much more learning would be possible if we didn’t “open” and “close” schools each year. If we treated learning as a continuous, open-ended process, rather than something with a fixed start and end.

I’ve ranted about the waste, intellectual and monetary, inherent in the traditional academic calendar many times in this space. Feel free to let me know just how wrong I am.