It’s Hard to be Cassandra 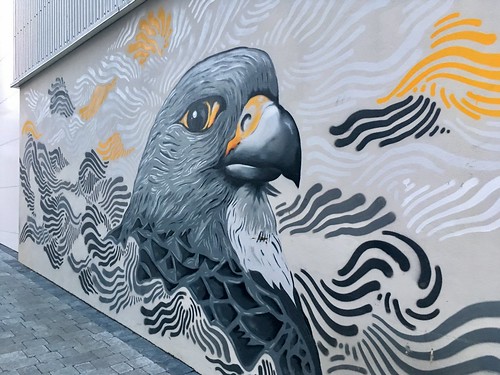 Earlier this summer, I saw a lot of talk about “edtech” in my feeds. Of course, some of this was due to the ISTE conference, held in their usual timeframe at the end of June. Mostly live for the first time in three years.

But I didn’t see nearly as much from there as from pre-pandemic events.

Whether it was concerns about getting sick in a convention center filled with 12,000 other people or that big meetings like ISTE are not particularly relevant any more, very few of the friends and colleagues I would normally see there made their way to New Orleans this year.

Far more of the June chatter about edtech in my channels came from people reacting to Audrey Watters’ announcement that she was retiring her Hack Education site.

Her final message on the topic was that “I can’t be, I won’t be ed-tech’s Cassandra1 any longer.” The decision, she said, was triggered by the sale of Desmos, a small math education company trying to do something innovative in a very restricted space.

For a long, long time, if anyone asked me if there was any ed-tech I liked — and I would get this question a lot, often asked as though it was some sort of “gotcha” — I’d reply in a heartbeat, “Desmos.” I adore Eli; and Desmos has always had a great team, including, of course, the incredible Dan Meyer (who I also adore, even though I blame him whenever I chose the slowest check-out lane in the grocery store.)

Although there were many of us who followed Audrey’s work for more than decade, too many educators were unaware of her extremely well-researched writings on the history and context of technology in education. Or ignored it.

Instead, the majority of the education community was constantly on the hunt for the next shiny piece of magic classroom tech. While Audrey was trying to explain to all of us how the concepts behind that tech had been tried before. And that, with few exceptions, the new “high tech” versions were poor implementations of those past, very flawed ideas.

There was more to Audrey’s decision to close her work than the sale of one small company, of course. Along with some very personal issues, being a Cassandra is not especially rewarding. I can certainly understand her disillusionment with the reception to her work.

Despite the fact that we really need educators who will take a far more critical approach to the devices, software, and services they use with students.

Anyway, I wish Audrey well with the next stage of her life and career (which you can follow on her personal blog). If you want an excellent summary of her work in this area, I highly recommend her book, Teaching Machines: The History of Personalized Learning.

Read it before spending a whole lot of money on that new AI-based miracle “system” the salesman on the ISTE Expo floor claimed would solve all your problems.

Audrey’s mascot of sorts was the pigeon, in all its varieties. It’s a reference to the work of B. F. Skinner, a foundational education researcher of the early 20th century. The picture by Valentina Hirsch on Flickr (used under a Creative Commons license) is of a piece of street art in Reykjavik, Iceland. How did I miss that?

1. For those unfamiliar with Greek mythology,2 Cassandra was a Trojan priestess who was cursed by Apollo with the fate that “nobody would believe her prophecies”. I first learned of the reference directly from Audrey herself.

2. Audrey doesn’t say it but she’s referring to the Texas Instrument/College Board racket, something I’ve been watching manipulate the K12 curriculum since the mid-90’s. Desmos made a good run but was never able to really disrupt the cartel.