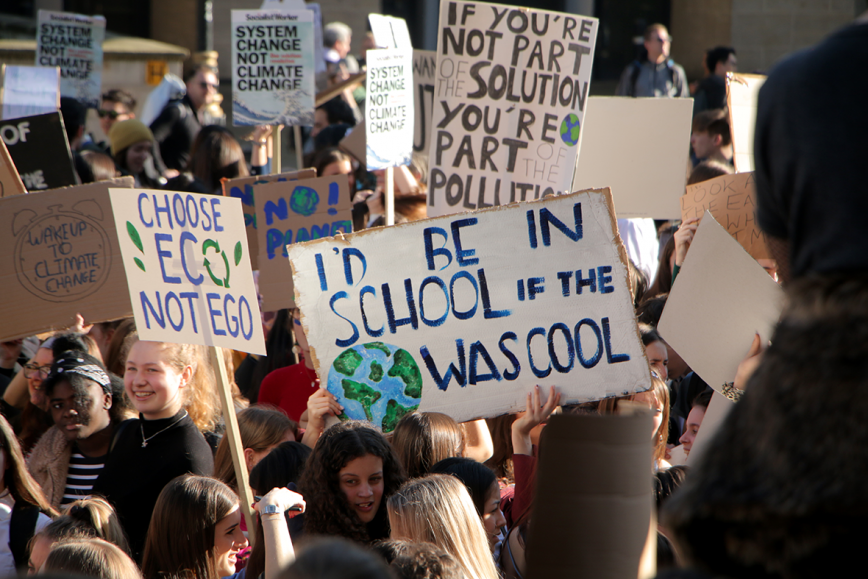 Over the years that I worked for the overly-large school district (aka Fairfax County Schools), I have been critical of various policies and decisions by the people who run the system. None of it was intended to be malicious. I’ve just always believed that a good organization can – and should – get better.

In that same spirit, it’s also important to acknowledge when they do something right, and this is something that makes me proud to be associated with the system.

Recently, our school board announced a new policy that allows students one excused absence each school year to engage in activism.

One of the nation’s largest school districts will allow students time off to participate in protests, a novel policy that proponents argue is the only way to handle a wave of student activism roiling the nation.

I just hope school administrators will just ignore the “conservative backlash” crap that the Post editor decided had to be in the headline of the story. For balance, of course.

But he has already faced some backlash online from conservative critics who charge the policy is the latest instance of the left coddling its too-liberal, too-sensitive youth.

I think “baloney stuff” is the PG-rated version of what I’m thinking.

Anyway, the board also deserves credit for putting very few restrictions on this policy. Students and their parents only need to let the school know what they’ll be doing and provide some basic evidence. No approval required from the school or district.

Ok, so this is a wonderful decision, but it’s only a first step. Why couldn’t civic engagement become part of the regular school program? Maybe an elective for secondary students?

At the very least, I hope teachers will seize this opportunity to help students learn the process of peaceful and responsible engagement with government and organizations.

Help them understand how they can make change by working with others who feel the same changes need to be made.

The photo is from a march for climate change action in London last February and used in an article at Science News for Students.