Last weekend the biennial USA Science and Engineering Festival was held at the Washington Convention Center. It’s a huge event that’s one part science fair and two parts (maybe three) showcase for corporations, large universities and government organizations. Here are a few of my pictures, with the rest in this Flickr Album. 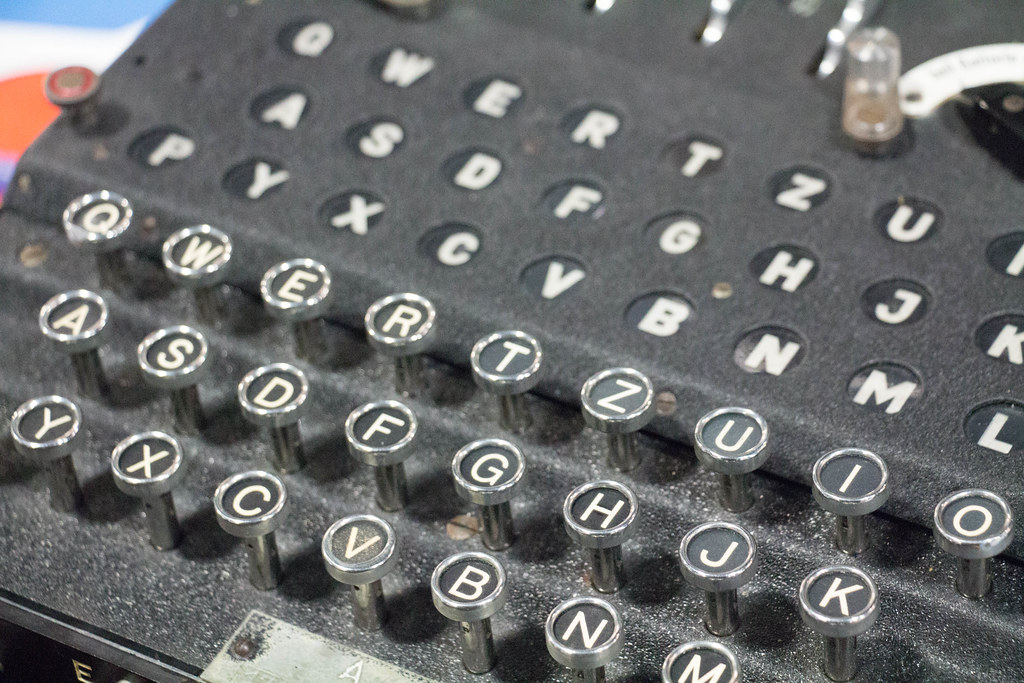 One of the few remaining copies of the Enigma machine used to break German codes during World War II. Interesting that this one is owned by the NSA and on display in their booth. 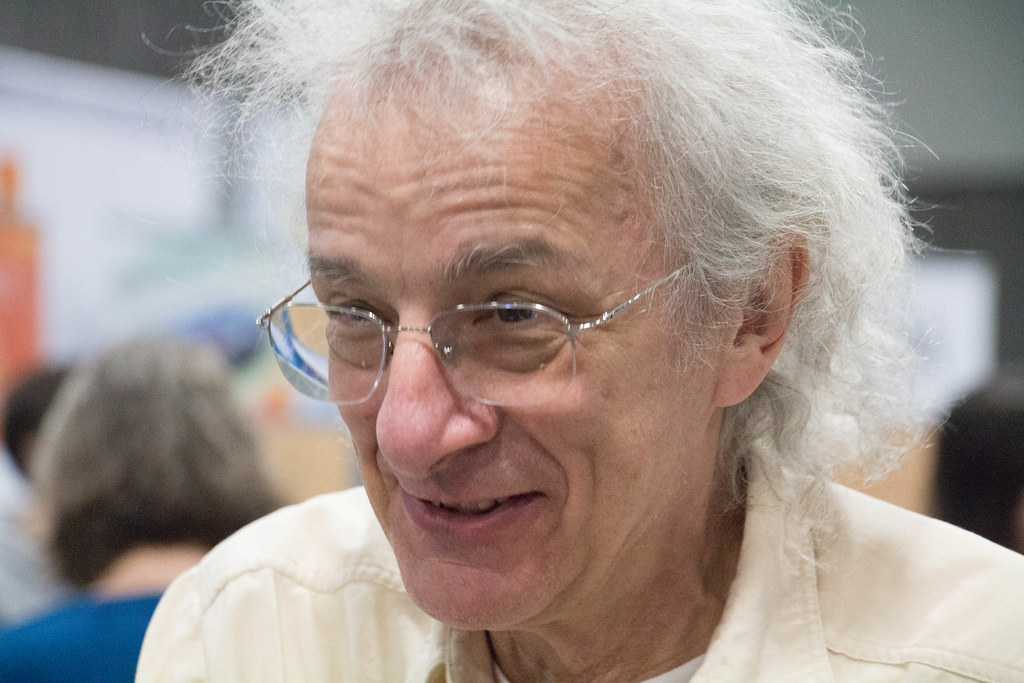 This very animated gentleman struck me as looking a little like Doc Brown from the Back to the Future movies. As I was taking the pictures, a young man standing nearby volunteered “That’s my physics teacher.” I believe it. 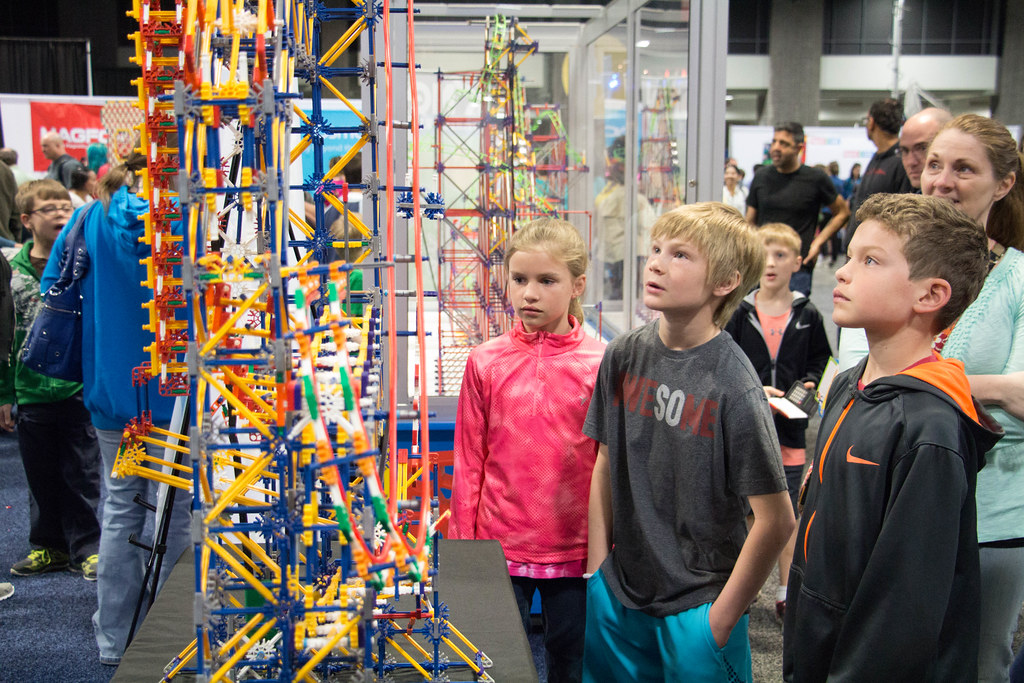 Lots of moving parts to capture the attention, and imagination, of the many kids attending the Festival. 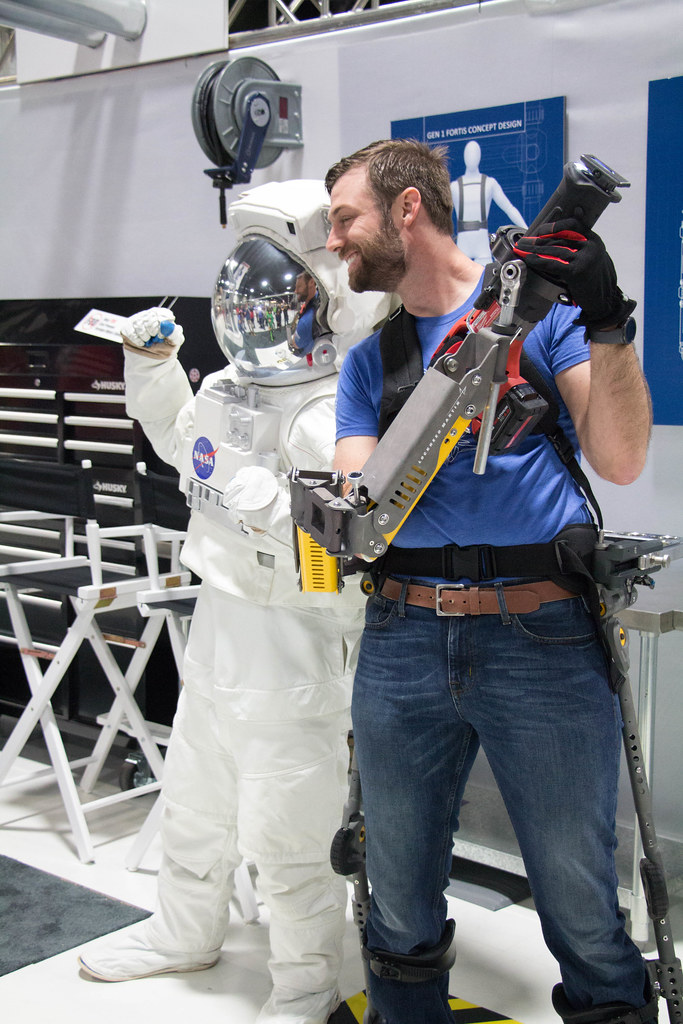 Someone in an astronaut suit posing with someone in an exoskeleton intended to increase the abilities of people here on earth. Lots of interesting combinations seen at the Festival.