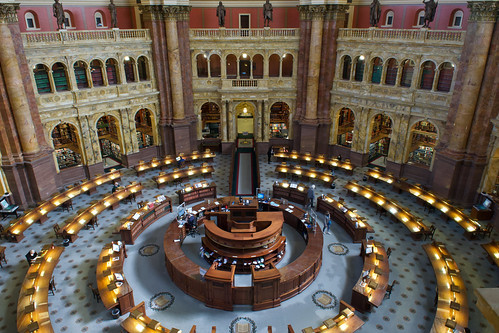 Last summer, as the midterm election campaigns were just cranking up to 11, John Allen Paulos, a mathematics professor at Temple University and author of the classic popular math book “Innumeracy”,1 proposed a “biennial Who Wants to Be a Scientifically Literate Candidate test”.

He was bothered by the lack of scientific understanding demonstrated by most politicians. And for me, “bothered” would be an understatement.

Herschel Walker claims that we have enough trees already, that we send China our clean air and they return their dirty air to us, that evolution makes no sense since there are still apes around, and freely offers other astute scientific insights. He may be among the least knowledgeable (to put it mildly) candidates running for office, but he’s not alone and many candidates, I suspect, are also surprisingly innocent of basic math and science. Since innumeracy and science illiteracy remain significant drivers of bad policy decisions, it’s not unreasonable to suggest that congressional candidates (house and senate) be obliged to get a passing grade on a simple quiz.

Paulos is being generous here using the phrase “surprisingly innocent”. Too many of those candidates like Walker are willfully and almost proudly ignorant when it comes to their science literacy.

Diving into his quiz, the first of his proposed questions is pretty easy. Or should be.

Another on polls and polling is a little trickier but, considering the overwhelming emphasis in the media on the numbers, not unreasonable.

Is a very carefully conducted poll of 1,500 randomly selected American adults sufficient to determine the rough percentage (plus or minus 3 percentage points) favoring a certain policy? Is such a poll more or less accurate than one surveying only the residents of a small town of 5,000 people from which 100 people have been randomly selected?

I’d like to see how many political reporters and pundits could answer that one. Most of them, like the vast majority in their audience, don’t know enough about the process to understand (or question) the results being presented.

The science questions Paulos proposes are in the same vein, requiring careful reading in addition to having actual knowledge. But this one shouldn’t be too hard, right?

Is there any scientific evidence for the claims of astrologers? For the therapeutic powers of pyramids or crystals? For phrenology? psychokinesis? numerology? or innumeracy?

Spoiler: the answer to all but the final one is a resounding “NO”. Unfortunately, a not-insignificant number of adults in this country actually believe in these and other pseudo-sciences. So do many of our representatives.

Anyway, I highly recommend taking the quiz yourself. Don’t worry, he includes all the answers, with the “aforementioned smidgen of snark added”, at the end.

Back here in the real world, it’s highly unlikely candidates will be asked serious questions about science and the policies related to them. Most of the media people on the other side don’t understand the topics and the issues related to them any better. They’re more interesting in the… squirrel!!

But Paulos has a very serious reason why they should care.

My opinion: All other things being equal, greater mathematical and scientific literacy (which includes being realistic about what one doesn’t know and being open to the scientific advice of others) makes for a better candidate and a better congressperson. Obviously, other factors are important as well, but the combination of ignorance and power is especially frightening.

The emphasis in the last line is the author’s. Appropriately so.

My photo at the top shows the magnificent main reading room at the Library of Congress. I suspect very few Congress critters actually make use of all that knowledge that’s right on their doorstep.

1. Yes, there is such a thing as a “popular” math book. Innumeracy is a classic in the category of popularization of science and math, still relevant and still worth reading for anyone.