Selling Your Personal Data Is Their Business 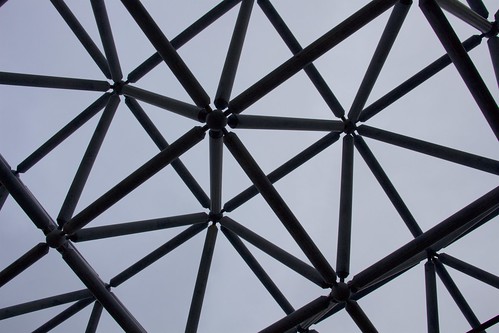 You probably noticed that Facebook was in the headlines again this week.

Social media, TV pundits, and politicians were outraged over high profile investigative reports in the New York Times and the Guardian claiming that personal information on 50 million Facebook users had been harvested by a researcher in 2014 and used to create targeted political ads for the trump campaign.

The details, of course, are far more complicated.1

For one thing, too many reports are calling what happened a “data breach”, often comparing it in some way to the Experian story from last year. But the term breach implies that someone outside of Facebook, in this case a researcher for the UK-based data analysis company Cambridge Analytica, broke in and stole the information.

In fact, the researcher followed Facebook’s rules and only collected information from something like 270,000 users, all of whom consented to the process. Then, thanks to the Facebook terms of service and API2 that applied in 2014, he was also able to harvest data from all of their friends, which brings us to the 50 million number most often quoted.

So, rather than having personal data stolen, Facebook gave it away. Or more likely, sold it.

Because that is their business model. It’s why the company has a market cap of around half a trillion dollars and CEO Zuckerberg has a net worth north of $60 billion.3

Facebook is very successful at collecting data from it’s more than two billion active members and then selling it to advertisers. Cambridge Analytica was one more advertiser and it didn’t matter that their ads were misleading and dishonest (at best). As long as the funds transfer went through.

Whatever you call this particular abuse of member data, it’s only the latest in a long string of arrogant and clueless decision the company has made over it’s short history. And, even with new privacy laws in Europe and Congress critters fighting over the opportunity to hold hearings, it probably won’t be the last.

And this is as good a time as any to again point out two facts about Facebook that anyone with an account should remember (but probably doesn’t):

1. Facebook is a multinational corporation not a community. Communities are built by people and, while it’s possible to create one using an online platform, the company itself is not going to make it happen.

2. Facebook membership is free. Which means you are not the company’s customer; you are the product they sell to advertisers. Monetizing your content and data is their first, maybe their only, concern.

I’m not sure the image has anything to do with this story.

1. In addition to the two articles linked above (the Times piece is probably a little better), Wired has done some of the best analysis of this story. This piece is a good place to begin.

2. API is application programming interface, the rules established by tech companies that allow outside code to communicate with their systems. In most cases, companies like Facebook provide very specific instructions as to what can be done with APIs.

3. Both took a big hit on Monday when Facebook’s stock dropped hard after investors spent the weekend digesting the Times and Guardian reports from Friday.