Photography books and websites will offer dozens of factors that contribute to making great pictures.

However, there really are only two basic factors: composition and light. None of these ideas are the last word on the subject, of course, only suggestions for you to consider.

So let’s take a closer look at each.

This is a common theme in the visual arts, the idea that you should never put your subject in the center of an image. Instead put it at the intersection of a grid of imaginary lines to give the picture more interest. 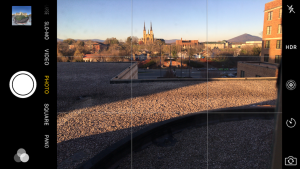 Your smartphone probably has a setting that will overlay a grid on your camera to help you compose the shot. On an iPhone you can turn the grid on and off here: Settings -> Camera -> Grid. On Android devices, the switch is probably in a similar location.

Here is one example using the rule of thirds, with the young lady in pink in the lower left corner of the image rather than in the center.

Try shooting from a different angle. Probably the single best way to improve the composition of your photography – with any camera – is to change the perspective to something other than head on. Get down on the ground (especially when dealing with children) or find some higher ground to take a more interesting image.

Here are a couple of examples of subjects you might walk by and ignore, made interesting by getting a perspective from above. 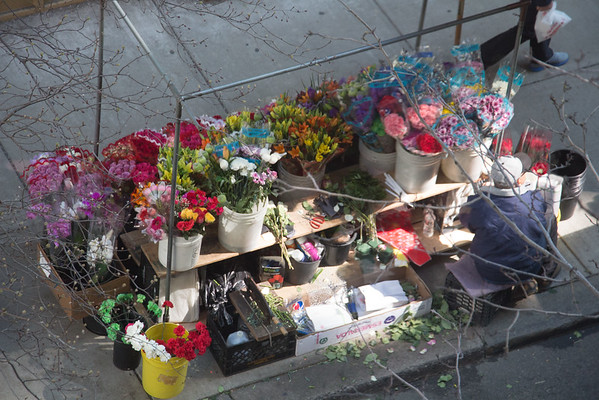 Including the shadow of a subject can often add interest to a photo and help tell its story. Sometimes, just the shadow itself can make a good image all by itself. 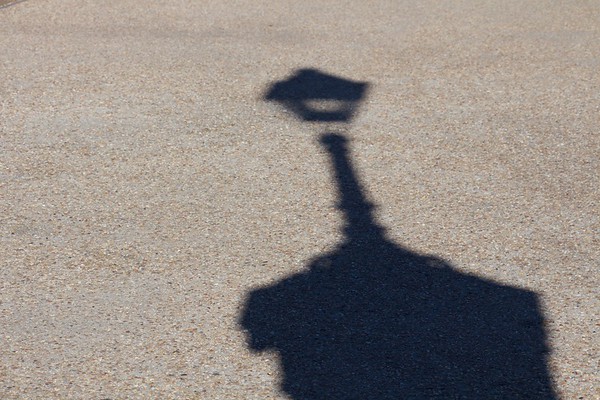 Try using the reflection of your subject instead of taking a direct photograph. Glass windows, puddles of water, the calm surface of a pool, all can offer a unique perspective on a common subject.

For example, lots of people take pictures of Independence Hall in Philadelphia. But this image of the tower as reflected in a window of the Liberty Bell center across the street offers a different view.

Your camera manages the light hitting the sensor through something called exposure.  Smartphones (and all modern cameras) use sophisticated software to determine those settings. But those algorithms don’t always get it right, which is when you need to take over.

Auto exposure on smartphones works by doing an “average” of the light intensity in the entire frame. Auto focus makes a guess on the important element of the picture you are trying to take.

Sometimes the algorithms are wrong, with your subject too dark and/or not in focus. which can sometimes focus on the wrote thing.

On the iPhone and some Android phones you can tap on the screen to set the focus on a particular area. On the iPhone a yellow square will appear wherever you tap showing the area of focus. You will also get a sun icon slider to adjust the exposure.

In addition to setting focus and exposure, the iPhone (and many Android phones) also allows you to lock those settings. Simply tap the screen where you want to set focus and exposure, but instead of releasing your finger, hold it down for a couple of seconds. A larger square will appear where your finger is along with the slider and a yellow AE/AF LOCK sign.

Turn Off Your Flash (Mostly)

The flash on your smartphone is lousy and really only effective within a few feet. It also confuses the camera’s software and can result in the wrong exposure and focus. Instead try using the light available in the moment to your advantage.

However, one good use for your flash is to fill in the details of a picture, especially portraits, in low light or when you have strong backlight. Like this example where we can actually see who communicating with the ship. 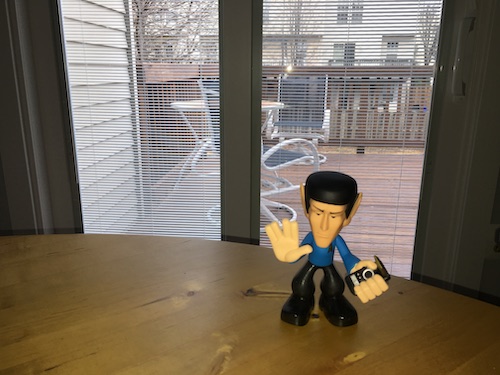 Many smartphones these days have an HDR (High Dynamic Range) setting. In HDR mode your phone takes three photos, one with the exposure set to one “stop” below what the software says is “best”, another one stop above, and the third in the middle. It then combines them into a single image that the software combines the best of all three.

In this example, HDR brought out the color of the trees and the texture of the sky when the original shot was rather gray and flat. 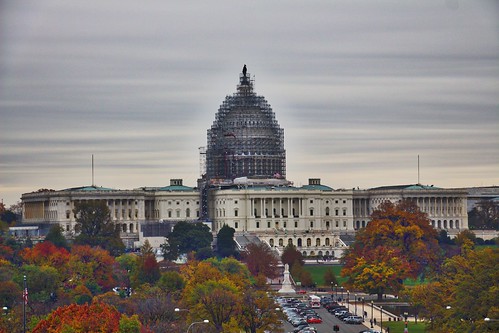 HDR can produce a photo with more highly saturated color and works best with landscapes and city scapes. But look around on photo sharing sites and you’ll see that the technology can also be highly overdone. If you want to dig deeper into HDR, take a look at this beginner’s guide that goes beyond smartphone photography.

Don’t Use the Zoom

On most smartphones, you can zoom in on a scene by pinching in on the screen. This will make the area look larger but it will also reduce the quality of the image by making it look more pixelated. The lenses on “real” cameras zoom by moving the glass itself. Smartphone cameras capture the whole image and then use the software to analyze and crop the picture to produce the zoomed version. The result can be pixelated and sometimes blurry. 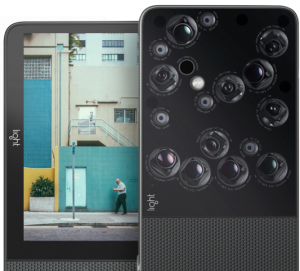 Instead, try zooming with your feet. Get as close as possible to your subject and find a creative perspective. If you need to get closer, you may be able to use the crop tool in the editing software on your computer to highlight part of the photograph.

This is one factor of smartphone photography that is changing quickly. Many high-end phones have two or three lenses with different focal lengths that allow getting closer to your subject. Experimental devices have four, five, or even more lenses (like the experimental Light camera shown above) and the software is advancing as well. 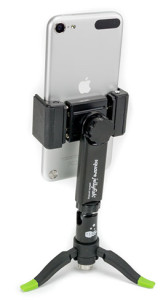 A tripod can be especially helpful in low light. Smartphones are really not designed to hold steady for taking pictures and anything you can do to steady your camera will help your photos be sharp and in focus. It can also help you compose the shot. A tripod can also be very useful when taking video since it is often easier to hold and maneuver than just the phone itself.

The burst mode can be a very useful feature of your smart phone. To activate burst mode simply hold down the shutter button and the camera will start taking photos one after another, as many as 10 per second depending on your phone. The burst mode is useful whenever there’s any movement or unpredictability inside the scene. However, burst works best with your phone on a tripod since you need a steady hand, especially in low light.

In this example, stopping the action when jumping for joy. 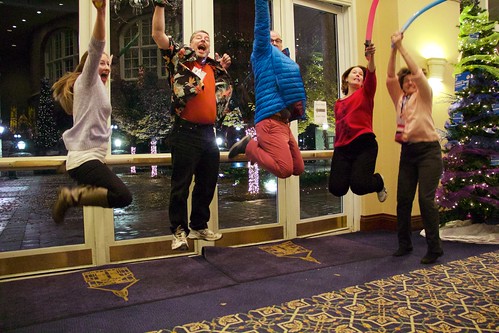 So, there you have some suggestions. Grab your smartphone, go somewhere, and test them out. Keep the ones that work for you and forget the rest.

Online you’ll find many, many tutorials about using light and photography. If you want to explore the possibilities, here is a good one to start.

And don’t forget to share your best shots with the world.

Welcome to the most recent edition of AssortedStuff | Tech. Here you'll find the notes from sessions and workshops I've presented as well as other materials I use to train and support teachers (and others) who want to use technology to improve their … END_OF_DOCUMENT_TOKEN_TO_BE_REPLACED

VSTE 2015 - Better Photos with Your Smartphone