Being Transparent About Being an “Ambassador” 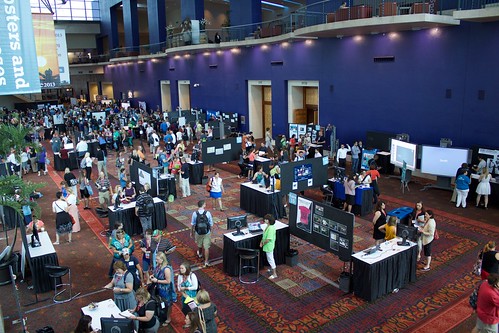 Remember about five months ago when the ed community was all a twitter over a New York Times article about teachers with a side gig as “brand ambassadors” for edtech companies? It was good for a few weeks of tweets and posts discussing the ethical issues around these “teacher influencers”.

And then what happened to all that outrage and introspection?

I ask because we’ve just been through a burst of big edtech conferences in the UK, Florida, Texas, and Pennsylvania, another is coming up in California next month, and ISTE, the largest US event, is not too long from now in June. All of them feature big vendor floors and many sessions showing off the hot, new shiny tech stuff.

Has there been any change in the number of educators using their credibility to market these products and services since that burst of interest?

Just based on my Twitter feed, I doubt the number has declined. So instead, a better question would be, are these educators, the companies they work for, and the organizations running the events being any more transparent about the relationships?

Out in the real world, governments and journalists are taking a closer look at “social media influencers” and their relationship with the companies whose products they endorse. No surprise, they’re discovering that it’s no accident that some celebrity is a big fan of a new health product, restaurant, or vacation spot.

The Federal Trade Commission has published a set of basic guidelines for both companies and the influencers, recommending not only that “endorsements must be honest and not misleading” but that any connection between the endorser and the company be made clear.

Of course, there’s nothing wrong with getting paid for an endorsement. That’s why big name movie stars are paid big bucks to appear in advertising. But on Twitter, YouTube, and Instagram, you rarely, if ever, get the text required for television and print stating that they are a “paid endorser”.

In the edtech world, any relationship between a well-known educator raving about a new app or web service in a conference presentation, tweet, or Facebook post and the owners is often even less obvious. Are the teachers featuring this product in their session here because the company covered their travel expenses? Is the person who just did their three minutes at a demo slam being compensated for it?

Educators acting as brand ambassadors should read those FTC guidelines and take steps to be far more transparent about their endorsements. Their social media profiles should make clear if they are being compensated, including receiving free products, for promoting it to their network.

Anytime they post something as part of that ambassador role, it should be clearly labelled. If they present at a conference as part of an agreement with an edtech company, that arrangement should also be made clear, both in the conference program and during the presentation.

It’s also important that these relationships are disclosed to the school or organization that employs them, as well as their co-workers. They also need to be honest about why they are selecting particular tech tools for their students to use. And that decision must be based on a clear educational need.

Despite a lull in the discussion, I doubt that this issue is going away. And I really don’t object to teachers who want to moonlight selling edtech products. As long as everyone is transparent about how and when that is happening.

The picture is of the poster area at an ISTE conference. Even in these informal sessions, I sometimes wonder about potential “brand ambassador” relationships.

One Chance to Get it Right

In an earlier post, I offered my impressions of a New York Times article about teachers who are acting as “brand ambassadors” for edtech companies, sometimes for real compensation. Many of the people in my Twitter feed offered far more critical and pointed comments about this practice. And the edtech industry in general.

The Times piece is one part of an irregular series called Education Disrupted, (My take on an earlier entry about Google is here.) written by a tech reporter working in the business section of the paper. And, in a follow up to the longer article, the writer reflected on the reasons why she finds reporting on the influence of technology companies on education so “riveting”.

Her parents and grandmother were all educators and she has some experience teaching summer courses in “tech-innovation ethics” to high school students. All of which gives her some credibility for me.

Her thoughts from the end of this reflection adds a little more.

But some tech companies were prickly when I asked them the same questions I had put to my students about the potential consequences of the companies’ education efforts. From some companies, I received responses like: “Nobody ever asked us that before,” and “We don’t understand the question,” and “We don’t think this is a valid question.”

Given that students get only one chance at a free public school education — an undertaking with huge implications for their economic prospects and life of the mind — it behooves us to examine Silicon Valley’s effects on the classroom.

I just hope she and others will continue to ask “prickly” questions of those companies who want a high profile in school classrooms.

So, teachers. Most of you have one chance with the students in your classes this year. Can you do your best for them and still sell interactive whiteboards on the side?

From the New York Times, a high profile story about how edtech companies are recruiting teachers as “brand ambassadors” to promote their products to schools and other educators.

Ms. Delzer is a member of a growing tribe of teacher influencers, many of whom promote classroom technology. They attract notice through their blogs, social media accounts and conference talks. And they are cultivated not only by start-ups like Seesaw, but by giants like Amazon, Apple, Google and Microsoft, to influence which tools are used to teach American schoolchildren.

Their ranks are growing as public schools increasingly adopt all manner of laptops, tablets, math teaching sites, quiz apps and parent-teacher messaging apps. The corporate courtship of these teachers brings with it profound new conflict-of-interest issues for the nation’s public schools.

I’m not really sure the Times has discovered anything new. 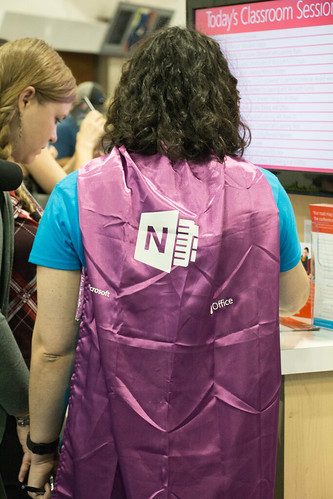 Google, Apple, Smart, and other tech companies have had “certified” educator programs for many years. Look around any education-related conference like ISTE and you’ll find many sessions presented by Google Certified Educators or Apple Distinguished Educators. Some of the same speakers also show up at company booths in the vendor hall.

I know many of those educators, and few are receiving significant compensation, if any, beyond maybe a t-shirt or some basic tchotchkes. Most enthusiastically use the products they demonstrate at conferences and other professional development, motivated by wanting to share their successes with their colleagues.

But then there are also the high profile edtech “rockstars”. The ones who are featured speakers at conferences, who have tens of thousands of followers on their websites and social media, get quoted in the edtech press, and who are constantly promoting the products of a particular company. What’s rarely made clear is their relationship to the company.

In the interest of full disclosure, I’ve done hundreds, maybe thousands, of professional development sessions over the years. I was never compensated for using any of the products in my sessions. In fact, when I was working for my previous employer, I hesitate to recommend even the district’s officially blessed tools if I didn’t believe in them. That attitude certainly fouled up my chances of ever working for Blackboard or Pearson. :-)

Anyway, the bottom line to this story is the question of whether teachers who promote a particular brand or product to their peers, regardless of any compensation, are breaching ethical standards or even violating local and state laws. Can you promote a specific device, piece of software, or web service and still remain objective in deciding which tools will work best for your students?

I don’t know. The comparison made to similar relationships between doctors and the pharmaceutical industry could be far too close.

By the way, near the beginning of the article, the writer includes one sentence that I think deserves far more attention in the whole discussion of the use of technology in the classroom.

Moreover, there is little rigorous research showing whether or not the new technologies significantly improve student outcomes.

A topic for another rant on another day.