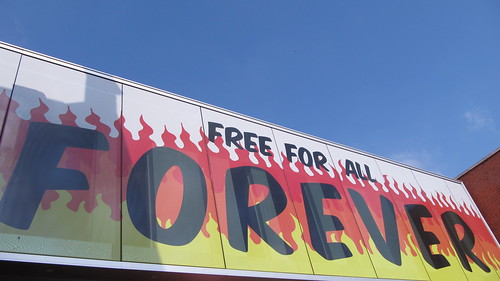 In the world of click-bait, Business Insider is a master.1 Consider their widely twittered about story with the excessively long title “Teachers love Google’s education products but are suspicious. Why is a megacorporation giving them a perfect tool for free?”.

I’m pretty sure Google’s products are not “perfect”. I don’t know many teachers who express much suspicion about them. And “free” depends on how the bill is being paid.

But at least this site usually provides a nice bulleted “executive” summary summarizing the main points at the top of their posts.

Google for Education tools have taken off “like grass on fire,” industry analysts say.

I suspect the writer is reading “industry analysts” from 2015 since the current name is G Suite for Education and has been very popular in American K12 schools for at least three years, maybe more.

The writer also wants us the know about the “Google-powered devices [that] made up almost 60% of computing devices purchased for US classrooms in 2017”.

As for the laptops, they’re deeply discounted. Institutional pricing for an iPad, once the standby education hardware nationwide, is $299 while Microsoft devices start at $189. Google said a single Chromebook starts at $149 per unit for classrooms.

First, a Chromebook is not the same as a laptop. It’s a device using a browser window into the web, mostly Google’s web. Google also collects a royalty for each one sold as well as a fee from schools for each one being managed through their administrative panel. I think “deeply discounted” is also a euphemism for “cheap” but that’s a discussion for another post.

Throughout the article, the writer emphasizes that the G Suite products are free. However, he ignores or glosses over the fact that there is a cost being paid, even if teachers don’t pay it directly.

As I’ve ranted about in previous posts, Google and other companies giving away their products, still extract their payment through other means. All that data being collected may not be used for advertising, as it is in their regular products, but it’s still valuable to Google’s research departments. Very likely they find ways to track students into the real world, based on the data they contribute during the school day.

Then there remains the persistent issue of depending on free. While Google is not likely to disappear in the near term (like those in Audrey Watters’ EdTech Startup Deadpool), it doesn’t mean their current offerings won’t change or that a service valuable to you won’t be summarily killed off with little notice.2

Anyway, I’m not trying to tell anyone not to use Google, or any other software, app, or service. This is just one of my regular nags about being careful out there on the internets. Be doubly careful when guiding your students (or your own kids) through the same maze.

Image: Free for all forever by Howard Lake. Published to Flickr and used under a Creative Commons license.

1. Yes, I’m very aware that linking to the article is contributing to the success of their click-baiting efforts. Moving on…