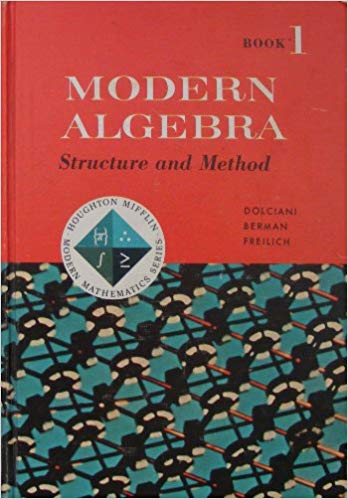 Freakonomics sounds like it should be the study of strange business practices. But the books, radio show, live shows, and podcast that makes up that franchise tends to wander all over the place looking at problems in various parts of society. Which is probably a big reason why I like what they do.

A recent edition of the podcast took an odd-even-for-them detour titled “America’s Math Curriculum Doesn’t Add Up“. Although the program got stuck in a few of the usual cliches, including assuming that assessment was going to come in the form of a standardized test, I have to admit they did a pretty good job.

The math curriculum that most high students in the US are subjected to was created early in the previous century and is about as out of touch with the real world as anything in American education. Jo Boaler – author, Stanford professor, and math education reform leader – explains.

The curriculum that we teach in maths1 classrooms was really designed in days that are long past. It was a long time ago that somebody in the U.S. decided to teach what I think of as the geometry sandwich — a course of algebra for a whole year, followed by a course of geometry for a whole year, and then another course of algebra. I don’t know any other country that does that, and it’s part of the problem. So, I would change the curriculum to really reflect real mathematics, and I would also change it to reflect the 21st century, because maths still looks in classrooms pretty much as it did in Victorian days.

In the interview with Boaler, the host says that it’s “pretty obvious that we need a radical transformation in the math curriculum” (even if his program hasn’t made it “obvious” at that point) and asks her what students are missing.

When we look at the world out there and the jobs students are going to have, many students will be working with big data sets. So, we haven’t adapted to help students in the most important job many people will do, which is to work with data sets in different ways. So, statistics is really important, as a course, but is under-played. This is a fifth of the curriculum in England and has been for decades. But here in the U.S., it’s sort of a poor cousin to calculus.

Very few people will ever need or use Calculus.2 But the math sequence followed by the vast majority of high school students is focused on that one target.

On the other hand, even those adults who don’t work with big data sets will still need a good understanding of how big data sets work. How that data is collected, organized, analyzed, and presented. Or, very often these days, how it is obtained without the targets’ knowledge or consent, manipulated, and misused.

However, rather than simply add another course to the math curriculum, the program suggests that students should be studying the use of big data sets in subjects where they are actually used, like Biology and Government. Even better, that suggestion comes from the CEO of the College Board, purveyor of the Advanced Placement program and the SAT.

He was asked if the College Board had ever considered creating an AP data science course.

We have, but the more profound thing we’ve done, in candor, and I’ll explain why, is to include data science in the core exams we give like biology, like AP Government, is to make data analysis something you encounter over and over again.

I want to again push back slightly against the most powerful picture of data science as isolating it as a discipline all by itself. It often comes alive in its actual application to situations, and I would just be careful of that. And the reason why I’d be careful of making an AP data-science course is not because we don’t love it and think it’s valuable, but we find our courses spread much more quickly for all kids when they’re not an elective or a special course. That is, if I weave data analysis into AP biology that’s widely given, or if we weave it into AP Government and Politics, which 400,000 kids take, that will touch kids in public schools in all levels of our society. If I create an elective data-science course, that might only be taken by a few who choose to take it.

All of which addresses another problem with the high school curriculum, the ridged isolation of the subjects students study. Silos exist even within the broader topics. I’ve known many who thought of themselves as “Geometry teachers” or “government teachers” and would vigorously resist the suggestion to take another course in their department.

Anyway, there’s much more. And if you teach high school math, the whole podcast is worth an hour of your time. It might be even more relevant if you are simply someone who knows a teenager on whom that Geometry sandwich is being inflicted.

It’s time to radically change the high school math menu, and the ideas in this podcast would be a great place to start.

That math book pictured above was the one I used in high school. It was also the one I used in my first teaching assignment ten years later. It was still a fixture in math education when I left the classroom twenty years after that.

1. She’s British. She gets to use the term maths. I wish it was acceptable in the US since mathematics is not one thing. It is a wide and wonderful collection of many topics.

2. According to a study cited in the podcast, “About 2 percent said that they use calculus on a daily basis, and almost 80 percent say they never use it.”. I’ve read of others with similar results.