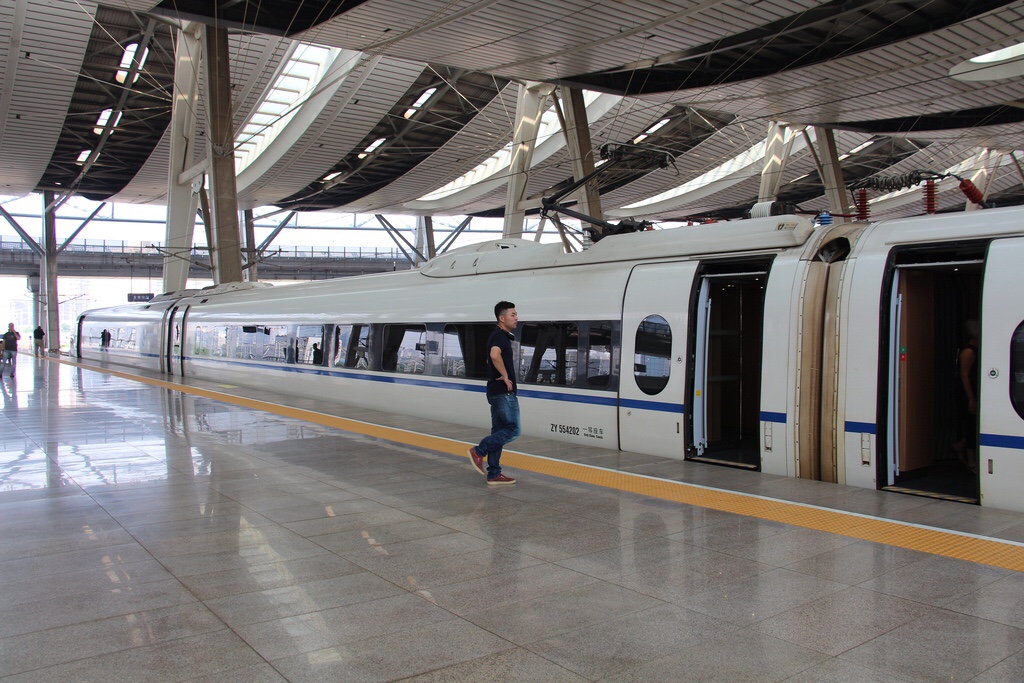 Another trip on a Chinese bullet train, this time between Beijing and Shanghai. We covered a distance greater than that between Washington DC and Chicago in 4 hours 48 minutes, with a top speed of 305 kilometers per hour (about 190 miles per hour). People in the U.S. should be be screaming “we gotta get one of those”! 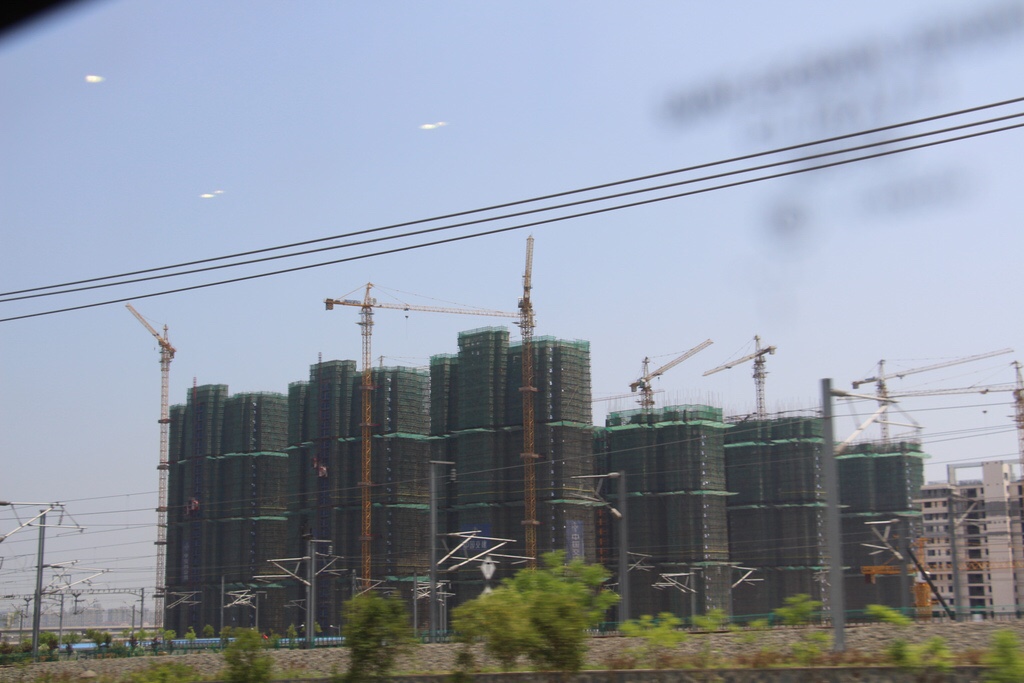 Throughout this trip we've seen a lot of this: high rise buildings under construction, even in areas like this that appear to be a long way from major cities. Most appear to be apartments and I can't imagine living in them.

There are areas of the US where the situation is worse, but not many.

Anyway, in one section of the Northern Virginia county in which I live and work (Tyson’s Corner, which is a rather charming name to anyone who hasn’t visited the place), the efforts to improve both aspects of transportation in the area intersects in an ever worsening mess. The picture above shows the massive structure being used to build the above ground tracks for an extension of the Washington Metro subway system that will slice through the center of Tyson’s Corner.

Behind is a small part of one terminus intersection for a set of HOT lanes (aka Lexus Lanes) that will run around a relatively short stretch of our infamous Beltway.

Add to the mix the fact that the area is the 12th largest employment center in the US, the largest shopping center on the east coast lies in the middle of both projects (the picture was taken from one of their parking garages), and across the street is another smaller but still popular center, and you have our nightmare before, during, and after Christmas.

Over the past few months, I’ve had to drive through these two projects too many times and I can’t help thinking that, even when the construction is all finished, very little will improve.

Let’s face it, neither our “leaders” nor society in general is willing to make more than a token effort to reduce the use of cars and provide an efficient public transportation system.

*That analogy is not original but I don’t remember who gets the credit for it.