Anyway, the ad is wasted on me since I have no need for an MBA of any kind. But, for some reason, the language of the promotion attracted my attention.

END_OF_DOCUMENT_TOKEN_TO_BE_REPLACED 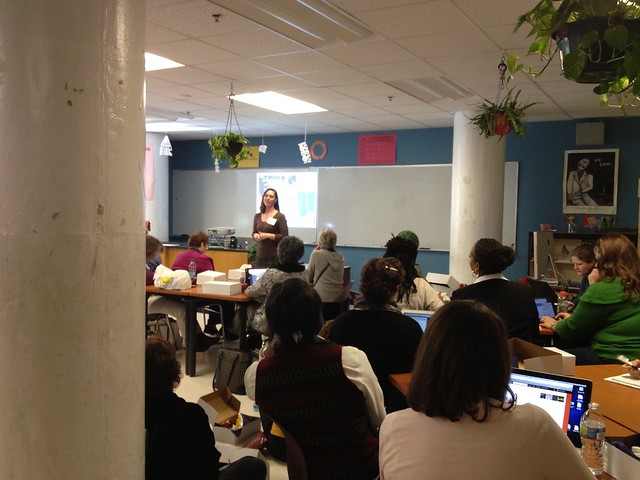 If this were a normal Friday on the weekend before the Super Bowl in any of the past 12 years, I would be driving I-95 (or taking Amtrak) to Philadelphia. To spend the next two or so days at a unique high school in center city, along with five hundred or so dedicated educators, students, and parents, all of whom were there for some serious (and some not-so-serious) discussions about the practice of teaching and learning.

This year, however, I will not be at EduCon. And I will miss it greatly.1

END_OF_DOCUMENT_TOKEN_TO_BE_REPLACED

Where Are The Kids? 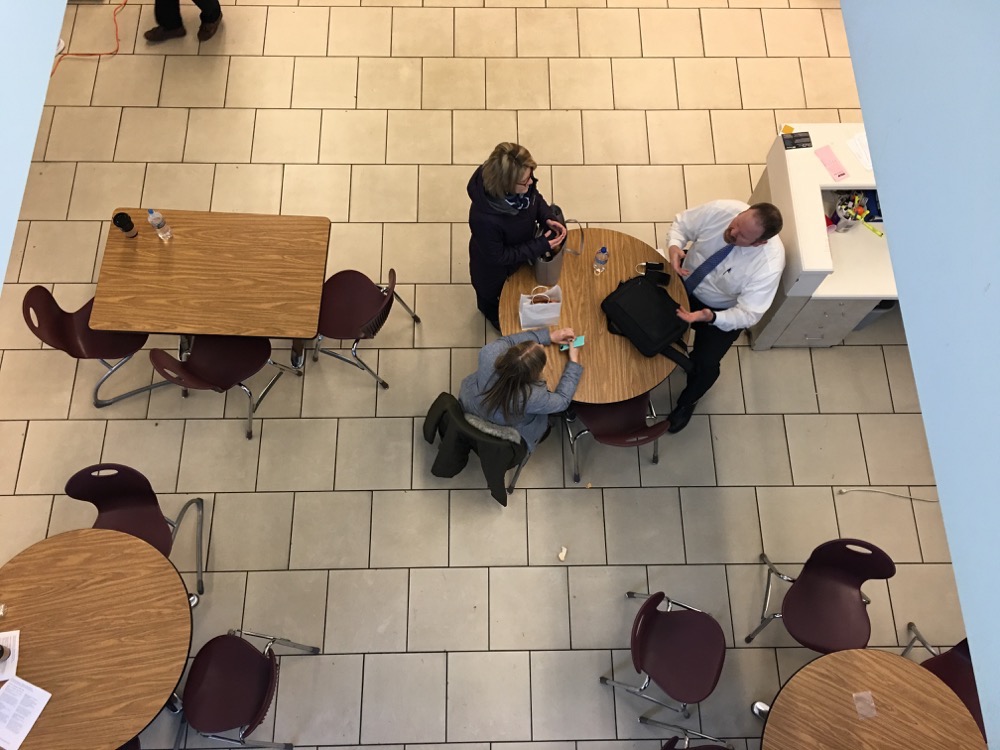 This past weekend was spent the same way I’ve spent the fourth weekend of January for the past twelve years: in Philadelphia attending EduCon.

EduCon is a relatively small conference that someone described as a popup community. It’s a community of smart, interesting, passionate educators who come from near and far to immerse themselves in discussions around many difficult topics about learning and society.

Reflecting back on some of the sessions I was part of, I think I may have been a little repetitive. Possibly even obnoxious.

I found myself asking the same question over and over: where are the kids in this process?

You’re designing a new school? Why don’t you have students on the primary planning team? Based on possibly many years of experience, they likely have some strong opinions and wonderful insight. After all, they will be expected to do some serious work in these spaces.

You’re revising the curriculum? Wouldn’t it be better if you included students who had taken the course in the past? Certainly there is a core of information, some of it required. But kids could tell you exactly what worked and what didn’t how that information is presented.

You’re writing a mission and vision statement for your school? I’m pretty sure it’s going to say something about kids and their future. They should be on the core committee right along side of the administrators, teachers, and those other “stakeholders”.

I’m pretty sure the people I used to work with were tired of hearing me regularly bring up the topic. The idea that students should be part of the teams that are responsible for planning the educational process that will have a major impact on their lives.

In our overly-large school district, students might be brought in as part of focus groups later in the process, but their input likely didn’t have much influence. When a project reached the focus group stage, the major decisions had been made and this was just about tweaking things around the edges.

Anyway, I never intended the question to be a criticism of anyone in the room at EduCon. And I think many members of this community are very aware that most schools and districts do a rather poor job of including students in their planning processes.

I hope at least some of them will take the idea back to their workplaces and begin asking their colleagues, “where are the kids?” more often.

The image is one I keep coming back to almost every year: looking down at the SLA cafeteria from the second floor. I’ll have to look for another view next year since the school and EduCon will be moving to a new building in the fall. 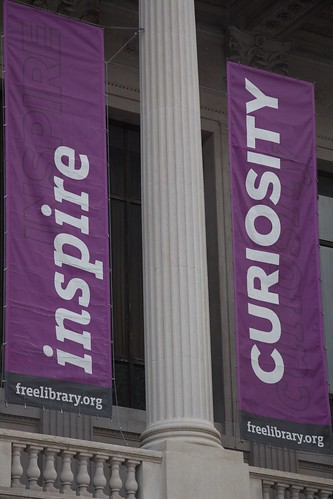 Why Are You Going to That? 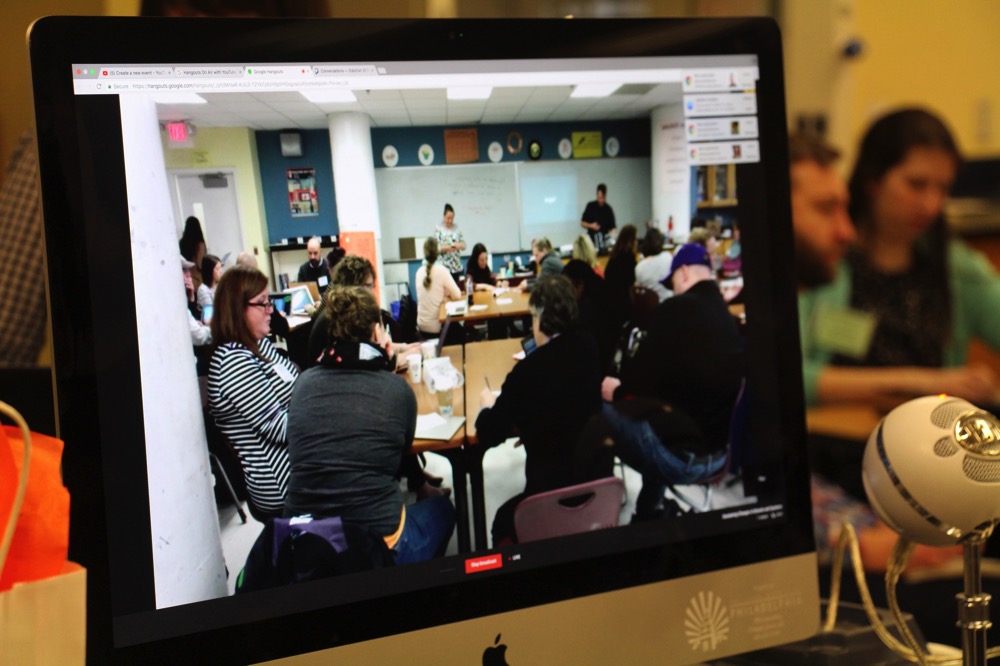 Last week I ran into a former colleague in the supermarket and during the brief impromptu catchup, I mentioned that I would be spending the weekend in Philadelphia at EduCon. After reminding me that I was no longer working, she asked “Why are you going to an education conference?”.

I suppose it’s a valid question. I didn’t really have much of an answer at that point. That kind of encounter isn’t really designed for long-winded explanations. But blog posts are.

Ok, it’s quite true that I’m no longer employed by a school district, or being paid by any other organization. But that doesn’t mean I’m no longer an educator. At least I still think of myself in that way and I’m having a great time finding other ways to help people learn outside of the formal system. So, I was at EduCon to continue growing as an educator.

I was also in Philly to continue my personal learning. We talk a lot about “lifelong learning”, a concept we constantly try to sell to our students. Spending several days interacting with other educators at Science Leadership Academy is me putting that concept into action. Plus the city itself is a wonderful place to explore and learn from.

Finally, I return every year on a usually cold and windy January weekend for the community. EduCon is a unique event that attracts a relatively small, dynamic, diverse group of educators deeply interested in improving both their practice and American education in general. It’s refreshing to reconnect with that community for a few days of face-to-face conversations.

All of which means I already have the 2019 dates (January 25-27) locked on my calendar. Maybe you want to plan to join me?

Picture is of one packed EduCon session being streamed to the world.