The BBC reports that the Education Select Committee of Parliament is concerned about “significant teacher shortages” in the UK.

The Education Select Committee has called for a long-term plan, as schools struggle to recruit enough teachers and pupil numbers continue to rise. 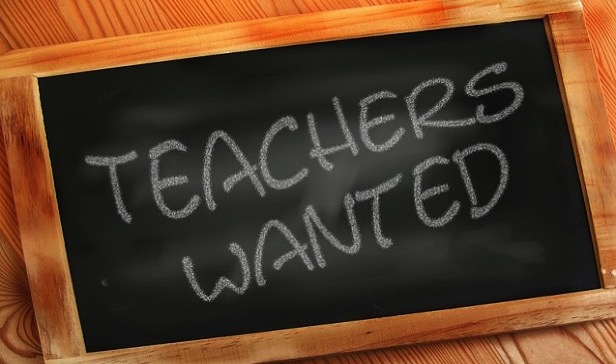 The Department for Education said there were currently record levels of teachers.

A spokesman said: “We recognise there are challenges.”

As in most parts of the US, the greatest shortages are in fields like Physics, maths1The British spelling for the subject. Don’t blame me., and computer science.

Also similar to the US, a large percentage of new teachers leave the profession within their first five years.

So what is the Department doing to address their challenges?

A £1.3bn2About $1.62 billion US as of the date this was posted. recruitment campaign, “featuring a series of high-profile advertising campaigns for teaching”. Also, “financial incentives focused on attracting recruits into shortage subjects”.

Although the reporter found someone late in the piece to bring up a “lack of pay raises” for teachers, and had the requisite union rep quote about “distractions” in the classroom, there was no indication anything like better pay or working conditions was being considered by the government.

In March, the government of British Prime Minister David Cameron announced a plan to convert all their schools to “academies”, roughly the UK equivalent of American charter schools, by 2022:

Academies are independently run – but state-funded – schools, overseen by a not-for-profit business, known as an academy trust. They are often part of a chain. 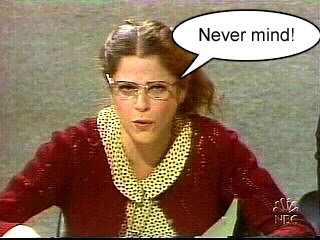 It’s two month’s later and Cameron’s education minister announced this weekÂ they are killing the plan.

The abrupt 180 is largely due to loud criticism from “teachers and head teachers, education experts and MPs [members of Parliament] and councillors [members of local government councils]”, even many in his own party.

However, as in the push by education “reformers”Â to convert many (if not most) American schools toÂ charters, the current UK government isn’t giving up on the idea of privatizing all of their public schools.

… the government said it would push forward with compelling academy conversions in two areas:

– Where it is clear that the local authority can no longer viably support its remaining schools because too many schools have already become academies.

– Where the local education authority consistently fails to meet a minimum performance threshold across its schools.

Why support public schools for all children when there are profits to be made?

Privatizing Education, With a British Accent

For many school reform advocates, charter schools are a cornerstone of their plans for “fixing” American education. Just ignore the fact that many studies show that most students don’t learn any better in charters than they did in the public schools they left. And especially pay no attention to the many stories of financial mismanagement, or just plain corruption, by charter operators.

But the drive to privatize education is not unique to the US.

In Great Britain, the current government lead by Prime Minister David Cameron is proposing to convert all schools to “academies” by the year 2020.

According to a BBC FAQ on the subject, academies are “independent, state-funded schools, which receive their funding directly from central government, rather than through a local authority”, operated by individuals, companies, or organizations. They are similar to American charter schools except that funding and supervision is at the federal level.

Why is this major change in British education policy happening?

The government argues academies drive up standards by putting more power in the hands of head teachers [principals in US schools] over pay, length of the school day and term times.

They have more freedom to innovate and can opt out of the national curriculum.

It says they have been shown to improve twice as fast as other state schools. Others dispute that.

Any of that sound familiar? Very much the same rationalizations are often made for American charter schools. And critics on the other of the issue point to many of the same problems with this concept in the US.

A series of MPs’ [Members of Parliament] committees have criticised the academies programme for a lack of oversight, in terms of finances and public accountability.

Teaching unions have long argued that “academisation” has been used as a way of privatising the school system, while the government says it is about introducing innovation.

Now private providers run large “chains” of schools, and some of these grew very fast – taking on more schools than they could cope with.

Of course there are many differences between British and US society, as well as our education policies. But it’s still interesting to watch, compare, and possibly learn from the process of privatizing K12 education across the pond.

The past week or so, I’ve been following an odd legal issue in the UK involving a football star who was caught having an affair with a television personality. But the tabloid details are the least interesting part of this story.

It seems the lawyers for the footballer convinced a magistrate to issue something called a “super-injunction“, a legal order that forbids anyone from publishing anything “confidential or private” about the applicant or the case, and effectively banning “reporting that the injunction itself even exists”.

That worked fine for the traditional news outlets but fell apart when someone posted his identity on Twitter. Â Of course, the name was quickly re-tweeted hundreds of times and the British legal system, not to mention their media outlets, was outraged.

Websites such as Twitter have put a huge strain on the ability of the courts to enforce gagging orders and it has been widely assumed there is no legal redress against them.

The Culture Secretary Jeremy Hunt said this week that digital media had made an ass of the law and it was hard to enforce injunctions against Twitter because it was incorporated in the United States.

Now it seems the law is about to be tested.

So, should the law (British or otherwise) consider Twitter to be a “publisher”, similar to the BBC or the Sun newspaper, and subject to a gag order from a court?

This is not the first time that Twitter, Facebook, and other social media sites have been the focus of similar privacy controversies (Twitter is also currently involved in a British libel case), and it probably won’t be the last.

However, maybe a better question about government-enforced secrecy efforts would be… In an age of instant, ubiquitous, world-wide social media, is a gag order like this even remotely enforceable?

Let’s Have Charter Schools for Everyone!

In the US, charter schools for the most part are a side show to the local district. A relatively few schools that siphon away public money to run largely autonomous educational programs.

But what if all or nearly all schools were charters?

As I noted in an entry from two weeks ago, the new UK Education Secretary wants to allow all schools in that country to apply to be Academies, essentially charter schools which their Department for Education describe this way:

Academies are publicly funded independent schools, free from local authority control. Other freedoms include setting their own pay and conditions for staff, freedom from following the National Curriculum, and the ability to change the lengths of their terms and school days.ï»¿

So, is this a concept we should import? Solve our education problems by simply letting every K12 school be independent and “free from local authority control”?

Before anyone embraces a go-all-the-way charter plan in the US, read this post* noting some primary reasons why teachers in England oppose Academies, from a document written before the Secretary’s new proposal.

While some of their objections are unique to that country’s education system, many have great validity on this side of the Atlantic.

Many sponsors are unsuitable: Sponsors are not required to have educational expertise or experience.

Academies have a damaging impact on other neighbouring schools and on local authorities: The entitlement of Academies to select ten per cent of their pupils means that they are able to choose more academically successful pupils.

Academies do not offer pupils a better education than other local schools: Academies are based on a flawed premise that standards will be raised simply through designating a school as an Academy and by transferring it to a sponsor.

Substitute “charters” for “academies” and this list not only explains why charters have done nothing to improve the American education system, but also why current plans to expand the concept will not work any better.ï»¿

*Thanks to Stephen Downes for the link.