Gotta Fill Up Those Young Brains

Before continuing I should note that I’ve spent most of my instructional time working with middle and high school students and adults, which means I have very few qualifications to pontificate on elementary education. However, there are a couple of thoughts in Mathews piece that need to be challenged.

First, he quotes the parent of a first grader and president of the Fordham Institute, a conservative educational think tank.1The National Zoo also has a “think tank”… forÂ orangutans. I wonder which one gets more useful results. :-) 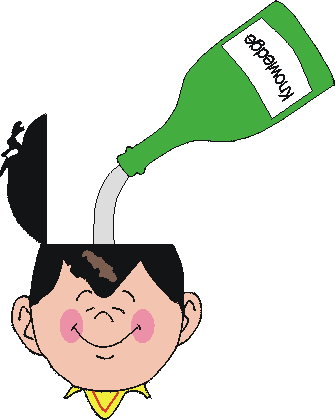 “Notice what’s missing,” Petrilli said. “Proper nouns. Which historical figures will he study? Time periods? Which countries or continents? People who study education for a living understand what’s going on – this is straight out of the standards promulgated by the National Council for the Social Studies, a professional organization that has long prized such ‘conceptual understanding’ over ‘rote facts and figures.’â€‰” He had found the kindergarten fare similarly mushy.

I can’t help thinking that if elementary teachers were able to do more with that “conceptual understanding” early, instead of all the drilling on “rote facts and figures”, kids might be better prepared for advanced study later in their educational lives. Not to mention less inclined to dislike school by the time they reach the middle years.

Of course, since the standardized tests that Mathews and the Fordham people adore so much depend heavily on kids being able to spit back the facts and figures, I understand the longing for stuffing the curriculum with more of them as early as possible.

Then there is this statement from Mathews himself: “But filling young brains with useful facts has to start early if they are to read.”

Again, I can’t speak to the process of how young children learn to read, but the concept of “filling young brains with useful facts” is straight out of the classic, simplistic concept of education as a transfer of knowledge from teacher to student.

It’s an incredibly clueless idea, one still widely embraced by “reformers”. And one of the major impediments to ever bringing true reform to American schools.