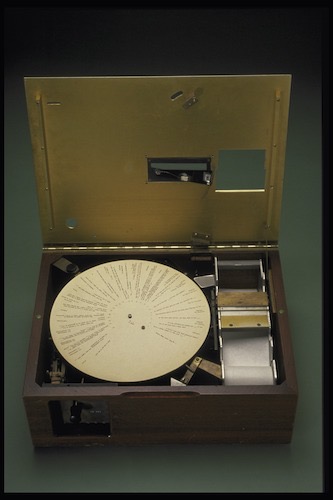 Tomorrow is Digital Learning Day. The one day of the year that we celebrate “digital” learning. Differentiated, I guess, from the other 365 days1 of “non-digital” learning?

But what exactly are we “celebrating” on that day? According to the official website (or at least the site using that name with an .ORG domain), the explanation begins this way:

END_OF_DOCUMENT_TOKEN_TO_BE_REPLACED

People involved in business and other institutions often communicate in clichés. Insider words and phrases commonly used but vaguely understood, even less so by those on the outside.

Education certainly has it’s share, with many of them borrowed from other organizations. Like many of those in a post titled 17 Development Clichés I’ll Be Avoiding in 2017.

Empowerment – We want to empower teachers, students, girls, parents, principals, and who? But empowered to do what? However you define it, “empowerment isn’t like a light switch; it’s a long and messy process, and it certainly won’t be completed in a workshop”.

Capacity building – The World Health Organization says this is “the development and strengthening of human and institutional resources”, whatever that is. Ask the next person using the phrase if this is what they mean.

Global citizen – In their “Portrait of a Graduate” document, our local school board says every student needs to be one of these. They aren’t very clear on what it means to be a global citizen, or how their emphasis on a testing culture will make it happen.

Do good and do well – I had a principal who frequently used this phrase, and it, or variations, seem to pop up regularly in talks and writings on educational reform. Still don’t know why.

Liaising with key local stakeholders – And various other phrases incorporating the word “stakeholders”. Although, as much as the term is used in education, we rarely seem to include the most important “stakeholders” in the process – students.

Silver bullet – There’s no such thing, and no one should ever ask if whatever it is we’re talking about is a “silver bullet”. The answer is always no.

The writer also includes the phrase “on the ground”. Educational speakers seem to love something similar – in the trenches. Like the classroom is a battlefield and teaching an act of war. Definitely a cliché to be avoided.

So, how many of these clichés are commonly used in your school and district? How many have any real meaning? Is it possible to drop most of all of them from our conversation, in favor of words that have more meaning?

Last weekend at the EduCon conference, I found myself in several wonderful conversations about language. The words that are used, and often misused, when discussing education, schools, students, and learning. And especially in the debate over education reform.

Words like the ones in the picture above (click to enlarge) that Meredith asked us to reflect on and decide if there was a consensus of meaning. It wasn’t an easy task. Most of these terms, like “accountability” and “STEM” (or any of the variations), are often reinterpreted by different groups depending on the goals being advocated. 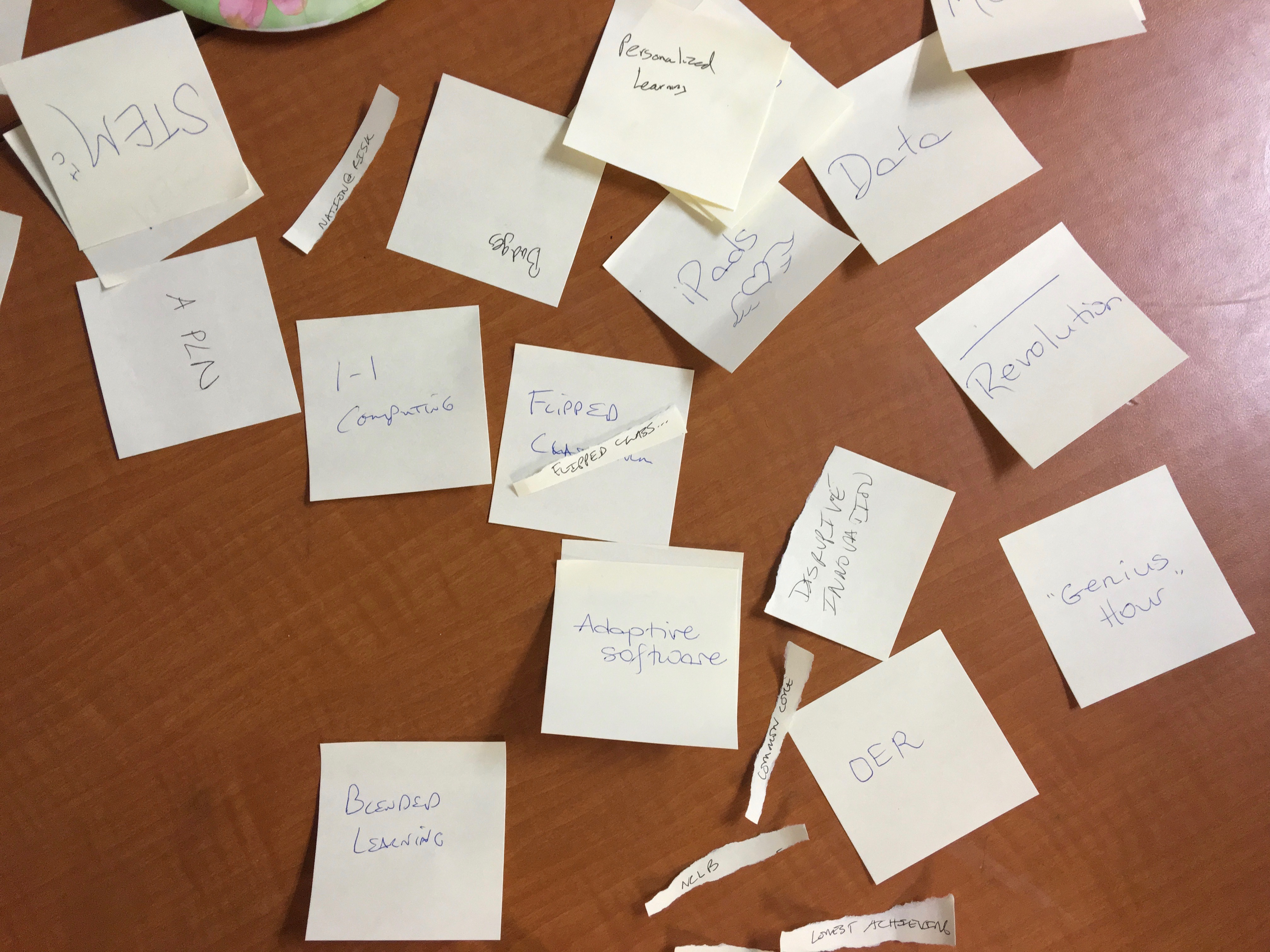 Many of the same words reappeared the next day during a session in which Diana challenged us to brainstorm our own collection of “silver bullets, panaceas and elixirs”. Part of the collection from our table can be seen above. Some overlap, but much of the same vocabulary.

One thing I think both groups agreed on is that most of the words were not inherently bad (in Diana’s session we had a small pile of words that the table felt should be rejected). Almost all the ideas represented on both the Post-It notes and the word wall began their life in the education discussion with good intentions. The problem is always in the implementation.

For me a good example of that misapplication is the concept of the “flipped” classroom, which came up in both groups. The idea was to shift some of the basic fact gathering responsibility to students so that more classtime could be spent in adding context to those fact. Too many teachers, however, simply recorded the same lectures they always gave for kids to watch for homework, and then have them do the same assignments they used to give for homework during class. Flipped, but not to the benefit of the students.

Then, part of both conversations, was my particular pet annoyance phrase: “personalized” learning. I won’t waste space here repeating myself (you can read my past rants on the topic if you like) but this is one concept that sounds good until you see how it gets applied, especially in edtech products which are more about programming than personalizing.

Anyway, these great discussions were just part of the three days. You can watch the panels from Friday (jump to 17 minutes) and Sunday (jump to 1 hour 10 minutes), where the topic for both was another frequently used ed reform term: “empowerment”. And if you would like to be part of discussions like this, plan to join us for EduCon next year, January 27-29.

At an information session I attended recently, one of the instructional leaders here in our overly-large school district said: “Portrait of a Graduate1The “long-term strategicÂ plan” currently being written, and about which I’ve ranted before. is the framework for the kind of student we want to create.”

“student we want to create”?

It wasn’t a phrase that was emphasized, probably not even necessarily planned. Just one that hit me the wrong way and stuck in my head. Because it represents a very traditional vision of school, as a place where teachers mold kids into graduates over a period of twelve or so years.

And, while we tell ourselves around here that our schools are changing to emphasize student innovation, creativity, higher-level thinking, and the array of whatever is currently considered “21st century” skills, our thinking and instructional practice very much reflects that concept of “creating” students.

Image: screen capture from an RSAnimate presentation of a talk by Sir Ken Robinson.

In the world of politics, “liberal” is generally considered the opposite of “conservative”.

Liberals often refer to themselves as “progressives” and the dictionary says “open-minded” is a synonym for liberal.

So, does that mean the opposite of those terms, “regressive” and “close-minded” would beÂ synonyms for conservative?Â

Sorry. Just some thoughts that keep jumping into my head as I consume the news.

Of course, as someone who majored in math, not English, I could have my etymologyÂ all screwed up.

Maybe the conclusion of my syllogismÂ only applies to severe conservatives.