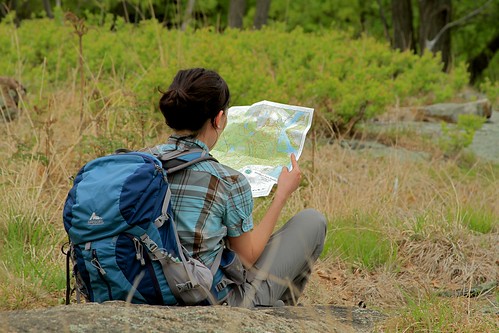 Lots of tech startups like to explain in their pitch deck how they would be the “Netflix of x”, the “Amazon of y”, or the “Uber of z”.1 Edtech startups are no different.

However, when it comes to edtech, Michael B. Horn, a futurist who a few months ago was declaring that voice-activated devices like Alexa would be “the next technology that could disrupt the classroom”, spotlights a company that is using a more unexpected metaphor.

The founder of Gooru “makes the argument that what education needs is really a Google Maps for education”. Of course, it’s all about “personalized” learning.

What he means by that is services that starts by “locating the learner,” or understanding the position of a learner relative to her learning goal before suggesting the best pathway to help that learner achieve that goal. Such tools must also accommodate a variety of other pathways depending on the actions and needs of the learner—just as Google Maps can accommodate a variety of routes to a destination once it knows where you are and dynamically change the route based on what you actually do.

Which is all very nice. Except that the Maps analogy assumes a fixed destination. One that is most likely established by someone other than the student. Based on a fixed curriculum, much of which they probably find uninteresting and irrelevant.

If you really want to relate learning to maps, maybe a better metaphor would be the classic road trip.

Layout a basic plan on the map but allow for diversions at each stop based on information from the locals, curiosity, and unexpected discoveries. Real learning can occur with a tightly designed plan. But, like a good road trip, it more often comes when you take a path that looks interesting and wasn’t on the original map.

Ok, that’s a pretty half-baked idea that likely will go nowhere. But it certainly makes more sense than the tortured Google Maps metaphor in Horn’s post.

Image: Explorer by Sakeeb Sabakka, posted to Flickr, and used under a Creative Commons license.

1. Well, not so much Uber anymore since they’ve acquired a rather sketchy reputation in a variety of areas.