The Blog is (Not) Dead

Jason Kotte, who has been blogging almost since the day the term was created, ended the year by declaring that the blog died in 2013. I can’t argue with hisÂ reasoning. 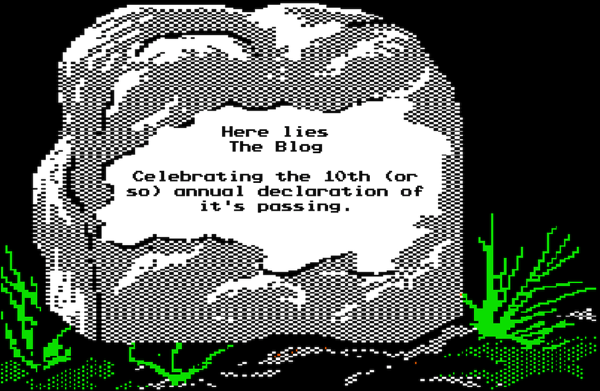 Instead of blogging, people are posting to Tumblr, tweeting, pinning things to their board, posting to Reddit, Snapchatting, updating Facebook statuses, Instagramming, and publishing on Medium. In 1997, wired teens created online diaries, and in 2004 the blog was king. Today, teens are about as likely to start a blog (over Instagramming or Snapchatting) as they are to buy a music CD. Blogs are for 40-somethings with kids.

I’m not sure the tools that large numbers of teens are using on the web should necessarily be the determining factor of what’s important. But Kotte is right that the functionality of what has been thought of as blogging, “is increasingly being handled by a growing number of disparate media forms that are blog-like but also decidedly not blogs”.

He also admits to being somewhat provocative in his thesis, written as part of a collection of predictions for journalism in 2014. Blogs are not going away (Kotte plans to quit in 2073 when he turns 100). Personal publishing has simply evolved to offer a wide variety of options for sharing images, audio, video, and yes, even text.

However, in the end I have closer agreement with the thoughts of Om Malik: “Blogging was and still is, an act of sharing; it is about having a point of view and most importantly, having a connection”.

For better or worse, my connections beyond this blog can be found on myÂ AssortedStuff | Tech site (soon-to-be-rennovated), on Twitter, and on Flickr. With more channels coming soon.