Speaking of artificial intelligence, how well can an algorithm really understand someone today?

Companies like Facebook and Google have hundreds of coders working hard in the back room to build bots that can analyze the online behavior of their members. Their goal: to better understand them in the “real” world.

Ok, the actual goal is to understand how to sell them more stuff and increase profits in the next quarter.

Anyway, a recent series on the Note To Self podcast looks at the Privacy Paradox and what the online user can do to retain as much of it as possible when confronted with all those upcoming social media bots.

During one segment, they mentioned the Magic Sauce project from the University of Cambridge, which is defined on their main page as “[a] personalisation engine that accurately predicts psychological traits from digital footprints of human behaviour”.

So, how accurate is their British magic?

I skipped the choice of having it dig through and analyze the pages I like on Facebook, but not because I’m afraid of what it might reveal. I have an account but never “like” anything1Other than the return of Bloom County. Berkeley Breathed’s work is the primary reason I log into Facebook at all. and only rarely comment on the posts of others. The bot wouldn’t have enough stuff to work with.

The other choice is to paste a sample of writing from a blog or other source, and I have 14 years worth of that crap. So I selected a more-than-200-word post from this space, one without any quotations which would mix in someone else’s personality.

And this is what I got. 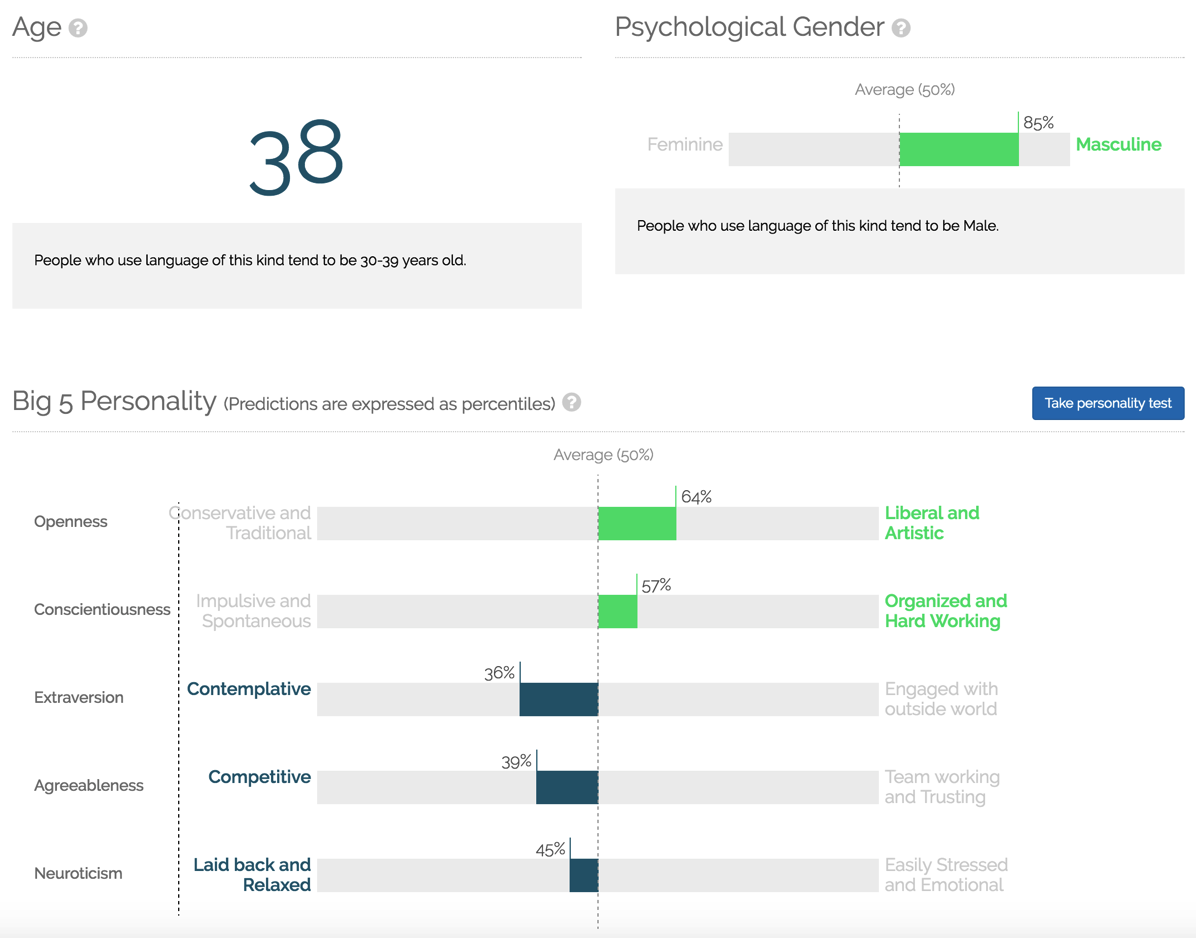 Big miss on the age, but thank you, bot. The rest, I have to admit, leans towards the accurate side, even if I don’t consider myself artistic or organized.

Of course, that was based on just one small sample of my life. The Cambridge Psychometrics Centre has a whole battery of tests to peel back your psychological profiles, including some “Fun” tests (ten minutes to discover your personality disorders?).

But that’s more than enough AI bot training for now.