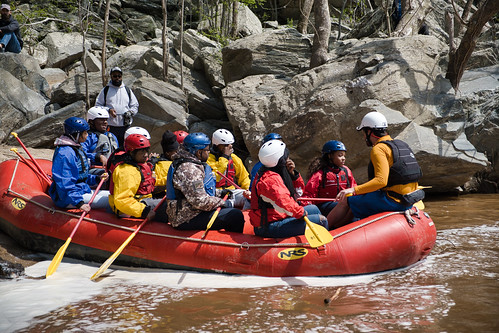 At the risk of once again incurring the wrath of Jenn Binis,1 I return to the topic of education commentary from writer and marketing guru Seth Godin.

In a recent episode of his Akimbo podcast, Godin discusses the idea of teaching kids to solve problems, as opposed to them simply memorizing and recycling facts.

When I wrote Stop Stealing Dreams several years ago, in it I put that there are two things we ought to teach kids to do in school. One is to lead and the second is to solve interesting problems.

And I’ve been surprised through the years at how many people have asked “how do we find interesting problems for our kids to solve?”.

In the monologue that follows, Godin acknowledges that “solve” is probably poor phrasing since most truly interesting problems rarely have one solution. Or they are part of a larger interconnected network of issues. He also spends some time on what makes a problem “interesting”.

However, what Godin doesn’t address is the idea of why we should be “giving” students the problems in the first place.

For decades, even centuries, teachers have assigned work for students to complete. For their students, the biggest “problem” is often determining the key steps they must take to satisfy the teacher’s requirements. And too often these “problems” are not especially interesting.

So, coming back to the question of how do we find interesting problems for our kids to solve, the simple answer is: ask them.

Ask students what puzzles them about the world around them. What issues do you think are important? What are some problems your community is facing that you feel passionate about solving?

Kids, especially by the time they reach middle school, are often very aware of what’s happening in the world around them, and have a good idea of what they find interesting. Many are already thinking about the contributions they can make to their family and communities. Maybe even about their place in the wider world. School should primarily be about developing their skills to do that kind of interesting problem solving.

Which is not to say that teachers should just turn students loose to do whatever they want. An understanding of the process needed to solve complex problems is not something people are born with. Kids still need adults to help them get organized, find a focus, and learn to narrow their thinking. And to connect them with people, organizations, and sources outside the school who can help.

So, I agree with Godin that kids need to work on interesting problems during their time in school. Just not the packaged, interesting-to-adults, kind of problems he is probably thinking of.

Plus, when students are encouraged to work on the topics they find interesting and challenging, they will also be learning something about leadership. A two-fer.

One way to learn problem solving is to jump in the boat and shove off into the rapids. Ok, maybe having a qualified instructor might be a good idea as well.

1. Not so much “wrath” as a stern Twitter challenge and good discussion. :-)

A math major who turned out to be not very good as a mathematician, looks back at his studies and nevertheless finds some lessons he learned that have “nothing to do with numbers and everything to do with life”. He offers some nuggets in this essay that will apply regardless of the subjects you studied.

1. I expect to not get the answer on the first try.

It might sound pessimistic, but I think it’s pragmatic. I was rarely discouraged, because I never expected a quick win. And if I was correct on the first stab, I was pleasantly surprised. I became well-rehearsed in failed attempts, and so much more patient as a result.

I learned that lesson very early in my mathematical studies and it was one I tried to convey to my students when I started teaching.

2. I can tolerate ungodly amounts of frustration.

Writer’s block has nothing on a tough math problem, and I’ve suffered through both. Writer’s block usually boils down to you thinking you’re not good enough. With math, it feels like the universe is mocking your ineptitude.

Of course math concepts can be frustrating. But there are plenty of other fields, like writing, that have their own unique stumbling blocks. Plenty of other endeavors, academic and not, have mocked my ineptitude over my life.

But frustration is not fun for anyone. Which leads into his third lesson learned.

3. I attack problems from multiple angles

Studying math was like maintaining a toolbox. Each time I learned something new, into the big red box that newfound knowledge went. Who knew when it would be useful? Long-buried methods could be just the socket wrench I needed later on.

Again, any field of study has it’s own set of tools. And any problem worth solving requires looking at the issues from different points of view. People who are successful at anything have assembled their tools and have learned how to try different ones when confronted with a new problem.

Again, an approach we need to be teaching our students, regardless of the subject on the syllabus.

The former mathematician has a few other lessons and more to say if you care to read the whole essay. But this for me is the bottom line:

Six years into my career, I can say that being comfortable with numbers and data has been useful, but what has proved invaluable are the qualities that math imbued in me?—?patience, attention to detail, humility and persistence. That was the true reward.

So, should every student take a rigorous program of mathematics in order to gain these qualities? Of course not.

Learning to write, mastering the French horn, creating the sound design for a play, repairing an automobile, all have answers that elude solution on the first try, create frustration, and require multiple approaches to succeed.

With the right teachers, students can learn patience, attention to detail, humility, and patience by working on the skills necessary for whatever interests them.

The image Add math by Chee Meng Au Yong was posted to Flickr and is used under a Creative Commons license.

A research mathematician turned teacher has a word problem for you: “There are 125 sheep and 5 dogs in a flock. How old is the shepherd?”

Most adults would quickly come to the conclusion that there is not enough information to find an answer. Not most students.

Now consider that, according to researchers, three quarters of schoolchildren offer a numerical answer to the shepherd problem. In Kurt Reusser’s 1986 study, he describes the typical student response:

Remarkable. In their itch to combine the numbers presented to them, students negotiate three solutions. They show some awareness of context in dismissing the first two candidates. But a 25-year-old farmer is plausible enough for students to offer it up as their answer. The calculations are correct, but they are also irrelevant. Common sense has deserted these students in their pursuit of a definitive answer.

He says those findings are the direct result of the type of problems we ask students to solve during their travels through school math.

Students believe that all math problems are well-defined, usually with a single right answer. They strongly associate mathematics with numbers, to the extent that they will instinctively derive numerical answers to problems regardless of the context. They are subservient to computational procedure and trust that accurate calculations will always lead them to relevant truths. They accept that confusion and ambiguity is a staple fixture of mathematics, willingly offering up solutions that are void of context, meaning or even common sense.

So, what’s the alternative to our current standard math curriculum, featuring repetitive pages of calculations and ambiguous word problems with one right answer? The writer has some excellent ideas. However, they would require completely reimagining the way we teach math.

At the core of those changes is an emphasis on understanding process rather than finding answers.

Mathematics is a journey; it is defined by process, not rigid outcomes. That process can not be reduced to a series of discrete computation steps. It is governed by a flow of reasoning that guides the thinker towards a solution. Problem-solving often an unstructured, messy affair that requires several iterations of developing and testing assumptions. Error and ill-judgement are the most natural components of problem solving; they should be embraced. All mathematicians need pause to reflect on their problem solving strategies; to step back and retain full view of the big picture. Students must be afforded the same opportunities; their development as mathematical thinkers depends on this sense-making.