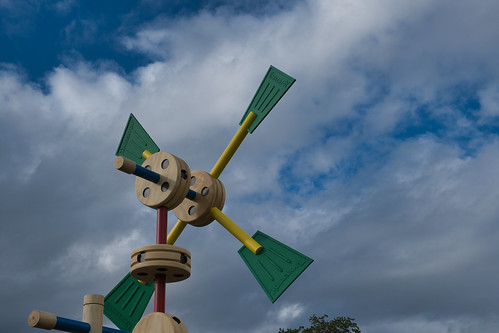 An Education Week listicle “interview” with the CEO of ISTE popped into one of my feeds recently, and with the title “5 Big Ed-Tech Problems to Solve in 2020”, it seemed instantly forgettable.

But one point he made caught my attention, that we need to completely “rethink teacher prep for technology”.

Instead, teachers could earn an endorsement or certification from say, Microsoft, Google, or Apple. “There’s good things about all their software. But at the same time it comes in with the assumption that all of the problems you need to address as a teacher can be solved by their software. And that’s a problem, and frankly, it’s a conflict of interest.”1

He said that a teacher would never say they were a “Houghton-Mifflin teacher, I only use textbooks by Houghton-Mifflin.  Give me a break. Immediately, there were would be a conflict of interest. But because of this vacuum, we haven’t had another option in technology. … We’ve had superintendents reaching out to us saying ‘please, help with this. We need something that is from a nonprofit organization, that is completely tool neutral.”

Of course, this is an opportunity for him to promote the new ISTE certification programs, but still, good point.

It’s also a problem that likely won’t be solved in 2020 since it’s been around almost from the day we first began bringing computers into schools.

Back when I was first starting we ran classes for teachers with titles like “Clarisworks Fundamentals”, “Intermediate Excel”, and “Powerpoint Basics”. Emphasis on the mechanics of using the software rather than helping students become better writers using a word processor or better communications skills using a computer. And that approach served as a model for teaching students.

The theory was that a person needed to learn the skills of working the device and software before they could understand them as instructional and learning tools. Things haven’t changed much over the years (decades?), as evidenced not only by the inclusion on this list, but also by the online workshops offered for current products like Google Drive.

From experience I know this is a model for professional development that’s relatively easy to design and present, even if it’s totally wrong.

As Culatta notes, concentrating on specific products also locks teachers (and, by extension, their students) into a particular brand, to the advantage of the company, rather than helping them understand the broader concepts of using computing devices as learning and creative tools.

Maybe someone else can make a connection but, for right now, the featured image has nothing to do with the topic of this post. It’s just a favorite from a recent trip.

1. This has a feeling of biting the hand that feeds you. Or at least nibbling a little. But credit to him for at least saying it.

I love this idea from a blog that promotes Minecraft in the classroom: “Don’t Teach Minecraft. Teach!”.

That’s great advice. And his post includes five tips for any teacher that wants to use Minecraft as part of their instruction.

Now take all those ideas (especially #4!) and apply them to any and all technology you want to use in the classroom.

And for those of you who conduct professional development sessions for teachers, apply the exact same ideas to your work.

We Don’t Have Time For Technology

Our superintendent and board here in the overly-large school district want us to have a 1:1 computing program. It’s right there in their newly-released strategic plan: “Achieve goal of one electronic device per student” by the end of the 2016-17 school year.

Rather ambitious considering our size and lack of money, but ya gotta dream big, right?

Anyway, a few of our high schools are already heading down that path thanks to a generous grant from the state (and due to them not meeting AYP targets). With it they can issue low-cost computing devices to all their students, with the choice of phasing it in by class or going all the way.

To get them started, some of their teachers spent part of their summer break discussing how their instruction might change when every student had a computer every day. Or at least that was the idea.

While talking with one of the participants during a break she told me, “This is all very good but I don’t have time to do technology with my kids.”

The remark didn’t surprise me.

Many of our teachers, and probably most of our administrators, still view the use of technology as a nice-to-have extra. Something that is grafted on to the classic curriculum and traditional pedagogy. Maybe even a reward for students when they’ve finished their “regular” work.

And even with a school board directive and lots of state money, I don’t expect that attitude will change very soon.

Attention Must Be Paid

Those of us who are responsible for providing professional development really need to spend more time listening to the people who are on the receiving end of our work.

Like the ideas in this thoughtful post by an elementary teacher in our overly-large school district (and likely someone who has been “in-serviced” more than a few times :-).

Meaningful professional development happens when teachers leave a training/meeting/Internet session feeling ownership of what they just learned. They are able to take what they learned and feel comfortable immediately applying it in their classrooms OR they know where to go to get more information/resources so that they can then immediately apply it in their classrooms.

Teachers should leave professional development with a fundamental understanding of why something works so that when they take it into their classrooms they can change it/adjust it/improve upon it to make it work with their classroom routines and their learners without changing the theory/philosophy/science behind it.ï»¿

She also has something to tell principals who are (or should be) responsible for making sure teachers are actually applying what they’ve learned.

Good teachers are student-watchers, and good professional development gives us more skills to understand what we see when we are watching our students. Good administrators recognize that their good teachers are student-watchers and not page-turners. They have to trust that what is happening in the classrooms is the result of well-thought-out lessons even if the classroom does not match a teacher’s manual.ï»¿

I have nothing to add… other than to remind myself to pay closer attention as well.

Getting The Whole Process Backwards

One of the key tenants of education reform in this country is that students need good teachers.

Even NCLB, as screwed up as it is, mandates that there be a “highly qualified” teacher in every classroom, although the law’s definition of that term leaves a lot to be desired.

Ignoring the legal definition from NCLB, what exactly are the qualities of a “good” teacher? How long does it take someone to reach that point?

And is having good teachers really that important to our current educational system? I’m not so sure it is.

In a recent post, Larry Cuban recently addressed that issue of how long it takes to become a “good” teacher and started with the premise (most recently popularized by Malcolm Gladwell) that 10,000 hours of practice is required to master a particular skill or profession.

Cuban sets the bar lower by assuming it takes half that time to merely get “good” at teaching, which is still around five academic years based on the schedule used by most American schools.

Unfortunately, a large number of new teachers don’t stick around that long.

Participants in Teach for America (TFA), one of the higher profile “alternative” certification programs, are only committed to two years of teaching and, as Cuban notes, more than 2/3 of them leave the classroom after that time.

Which is only part of the problem since many studies over the years have shown that overall something like 30 – 40% of beginning teachers leave before by the end of their fifth year.

I would imagine a corporation with that kind of “burn and churn” would be closely reviewing their HR practices since high turnover rates hurt the bottom line. School districts don’t have time or resources for introspection along those lines.

Anyway, keeping teachers long enough to get good at their profession is one issue but what about the process by which they are trained to do the job in the first place?

A large topic of the educational reform debate involves whether traditional university-based teacher training programs or short time frame alternatives like TFA are better paths to the classroom.

Maybe the answer is neither since a recently released study indicates that there’s “not enough evidence to suggest that teachers who take alternative pathways into the classroom are any worse –or any better –than those who finish traditional college-based preparation programs”.

Nationwide, an estimated 20 percent to 30 percent of new teachers enter the classroom through nontraditional, or alternative, routes, such as Teach For America or the New York City Teaching Fellows program. That number has grown exponentially over the last 20 years, and over time, many of those programs have become closely linked to postsecondary education programs.

Studies commissioned by the committee and others show, in fact, that differences among various alternative-certification programs are often as great as those between alternative programs and the traditional ones.

If we assume, as the report notes, “a growing body of evidence suggests that teachers are the single most important school-based influence on children’s learning” then the issue of how to recruit, train, and keep good teachers should be at the core of any education reform program.

Here in the US we spend far more time, money, and effort on standardized testing (plus all the penalties that result when kids don’t get high enough scores), narrowing and scripting the curriculum, and basically preserving the educational status quo, than we do on improving the quality of teaching.

We certainly don’t provide nearly enough training and support for teachers once they are in the classroom.

It’s as if our current educational system is a company that puts almost all it’s efforts into inspecting products and very little into the process of designing and building a quality product in the first place.*

*I hate business analogies applied to education but this one fits!