On The Hazards of Free 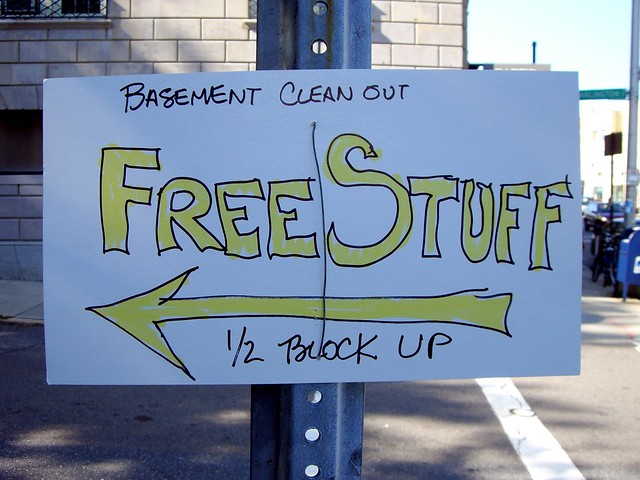 In the past week or so, we have a few more examples of why it may not be a good idea to depend on free.

The first involves Padlet, a service that began about six years ago under the name Wallwisher. Padlet allows users to create a virtual bulletin board and then include others as collaborators. It was enthusiastically adopted by many teachers for instructional use, as well as by many of us who did professional development activities.

The service was attractive because it was relatively easy to use and, of course, the account was free. At least the basic version was free, which means someone had to be paying the server bills.

Padlet is one of many web-based services struggling to succeed using a “freemium” business model. Under that concept, a company makes money (or tries to) from the relatively small part of the user base who are willing to pay for advanced features. It’s a tricky balancing act trying to attract enough “premium” users while not giving away too much value at the free level.

This week Padlet decided they need to rebalance and announced a change to their pricing structure that removes some of that free-level value. The new model severely limits the number of Padlets that could be created by free users and, as you might expect, many of them were not happy.

Then there was another big piece of edtech news that didn’t get the same degree of Twitter coverage but still illustrates the problem with free.

Edmodo, a popular system for building communities founded in 2008 as a “Facebook for education”, was sold to a Chinese company. Their service was also free, at first, and teachers flocked to it, growing to more than 90 million users around the world.

Although Edmodo was able to raise money from investors, they never found a model that could sustain the company for the long term. The question now is how the new owners will change the service to recover their purchase price and provide an income stream. Whatever they decide will likely not be popular with users who have become accustomed to free.

Finally, there was one more reminder about the problem with free that landed in my email box. The message came from the CEO of Noosfeer, letting me know that the service will be “closing its doors to the general public” at the end of the month.

Yeah, I didn’t recognize the name either. Or remember having an account.

According to the website, Noosfeer is (soon to be was) a “content reader and aggregator”, evidently founded around four years ago. It sounds like something I would have wanted to try. I’ve opened a lot of accounts over the years. And forgotten about most when they didn’t fit my needs.

Anyway, this blip, along with the higher profile changes to Padlet and Edmodo are just the latest reminders that free is not a sustainable business model. Just don’t be surprised when “free” changes in a way you may not like. Or disappears.

The photo, by Frank Hebbert, was posted on Flickr and is used under a Creative Commons license.