The Store is Tracking You 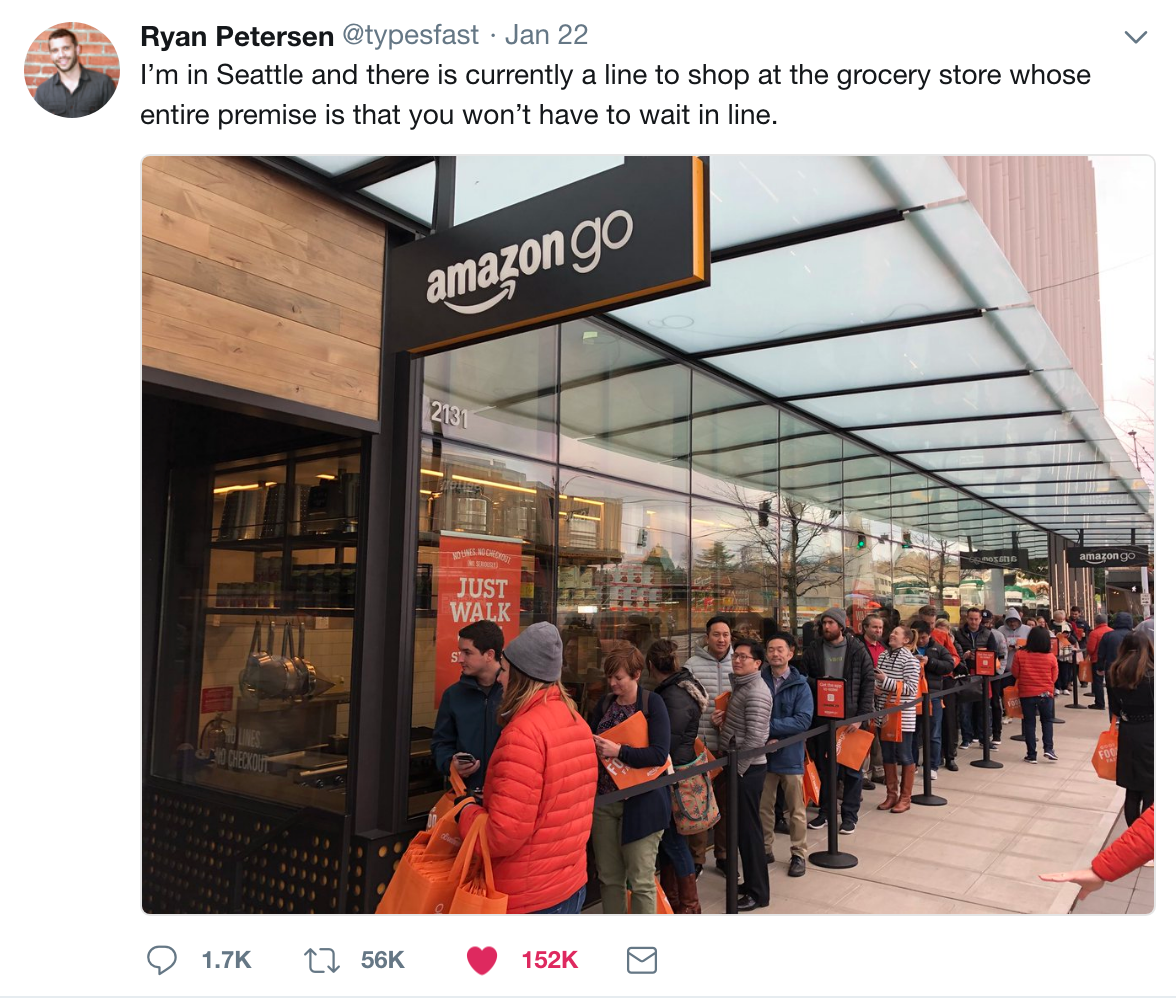 Irony is not dead.

This week Amazon, the 800-pound gorilla of online merchants, opened an actual physical store. From the pictures, it looks like what Whole Foods (which Amazon bought last year) might have come up with if they were designing a Wawa.

However, the unique part of Amazon Go is that there are no checkout lines, cash registers, or cashiers, and the tech press went wild.

On arrival, you launch the Go app, which comes out today for iPhones and Android phones and connects to your Amazon account. It displays a 2D code that you scan at one of several glass security gates. The code identifies you to the store and opens the gate. (You can also check in other people—a spouse, a kid, a friend—whose purchases will be added to your tab.) Once you’re in, AI algorithms start to track you and everything you pick up and keep. You can bag your items as you go if you so choose, and need interact with an employee only if you’re buying alcohol, in which case an associate standing in the liquor area will check your ID.

The article talks about the store using a lot of AI, although I’m not sure this system is all that smart (yet). Really it’s only a couple of steps beyond how I already shop.

At the supermarket I go to most often, I pick up a hand-held device after scanning a loyalty card. As I select the items I want, I scan the bar code and stick it in my bag. At check out, I scan a code on the device, wave my Apple Pay at the register, and leave. Amazon engineers take that semi-manual process and incorporate the scanner into the building itself.

This is only one store, in downtown Seattle, and it’s not clear where Amazon plans to take this concept. But it’s not hard to predict where this general technology is going.

Between the general lust for data by corporations and governments, and the paranoia-fueled push for more “security”, this kind of tracking system will become more powerful. And likely be spread far and wide.

Watch for AI-powered cameras and sensors at your local mall, airport, convention center, wherever lots of people come and go. At your school?

Ok, that’s enough ranting on this topic for now. I have to go work on my sensor-blocking tin foil hat. :)