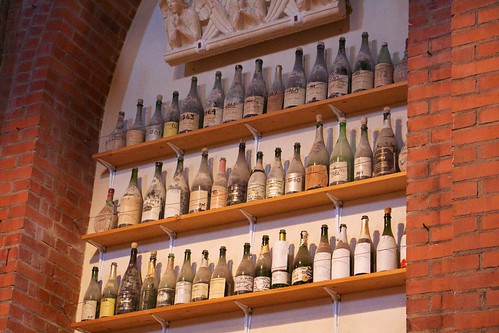 As you undoubtedly know, today is the start of a new year on the Gregorian calendar, the one used in most of the world. Although there’s really nothing magic in this January 1 transition point.

If you’re going to record time in chunks known as “years”, you have to put the dividing line somewhere. I’m not sure the dates chosen by other cultures, some of which are shifting targets, make any more sense. Although it would be nice if we didn’t pile so many major celebrations into one five-week corner of the calendar.

As I’ve written before, September 1 would have made a much better choice for New Year’s Day. Especially for those in the Northern Hemisphere who mark the occasion by standing outside at midnight, drunk, watching something being dropped from a tall structure.

Regardless of when it arrives, many people use New Year’s Day as a motivation to make resolutions. Good intentions to make changes (major and minor), mostly around improving something in their lives. Even if many of those promises will be forgotten, or excused away, before the groundhog does his prognosticating1, today the desire for self-improvement burns strong.

I’ve never really done new year resolutions. Not because I don’t see a need upgrade or change my life. Instead, as a teacher, my goals and ambitions were usually set back in August as I planned for the coming academic year. The real start of the new calendar for many of us.

Which means that January 1 marks the end of winter break and the almost-half-way point of the school year. So today was never really the “beginning” of anything. This relatively quiet day offered the chance to reflect on the first semester. And to plan what I was going to do with a classroom full of kids who would be coming down from two weeks of vacation.

Anyway, the bottom line is that January 1 is mostly a symbolic dividing line. A psychological representation of a new block of time, during which we we have an opportunity to change. In reality, we could use the first day of Spring, Arbor Day, or the summer solstice in the same way.

But whatever your plans for this annual transition point, don’t waste it. Today enjoy the luxury of quiet reflection. For most of us, normal life will kick into high gear again very soon.

Each New Year’s Eve, the stone carvers working on the Washington National Cathedral toasted the new year with champaign. This photo shows a display of some of the bottles left behind, hidden in a room above the main hall and usually seen only by visitors who take the tower tour (which I highly recommend).

1. Another piece of cultural nuttery here in the US.