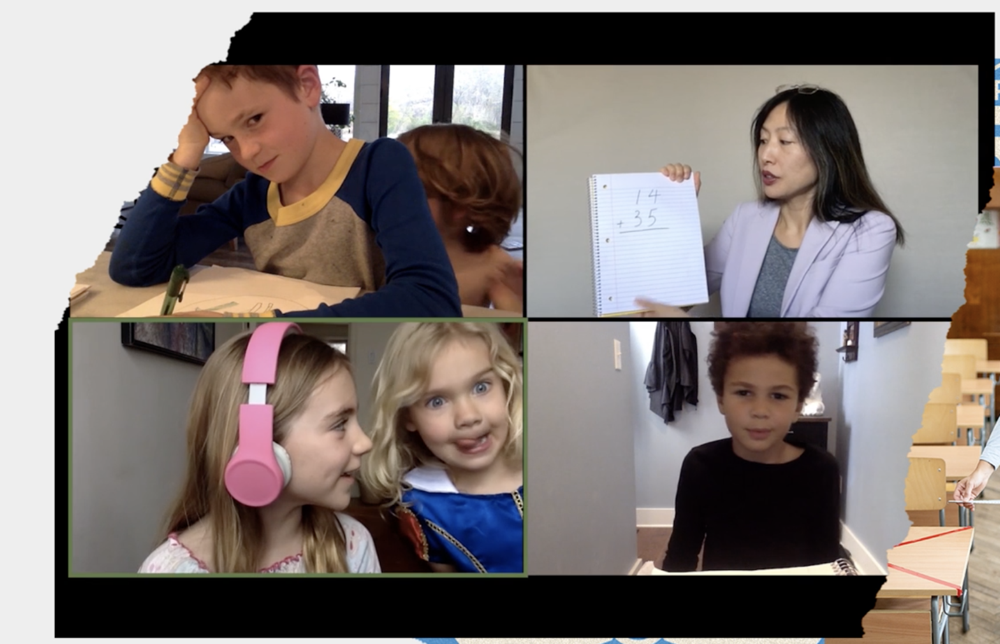 For one thing, the claims of students “falling behind” are probably based on someone’s judgement of how the kids would have scored on standardized tests if the pandemic had not happened. Those exams are a narrow and artificial assessment of learning, a system that is long overdue for a drastic overhaul.

During the disruptions of last spring, kids did not stopped learning. They just didn’t learning as much of the curriculum materials as the district guidelines said they should.

And this is not the year to begin with a whole bunch of tests trying to figure out what they do know and/or remember from last year.

I know many teachers feel the need to assess what students know on during the first week. It was almost ten years into my teaching before I learned how counterproductive that was, not to mention pretty useless. Many of my colleagues never learned.

Especially in a chaotic year like this, the first days and weeks of the year should be spent in helping your students build a community around your virtual classroom. You will likely not know most of the kids and learning who they are, an even tougher task through a video screen and text messaging, is far more important than what they know.

Related to that, I think everyone can forget about any kind of standardized testing that, in a normal year, would be looming on the horizon. Here in Virginia, the Standards of Learning (SOL) exams will likely not happen next spring. Or, if they do, the results will not count for anything.

Instead of the strict adherence to the curriculum and those “pacing guides”, there is more important learning that needs to happen.

Encourage your students to take some time to look around at what’s happening in the world. There’s an awful lot of history being written, science and math in practice, newly revealed voices in literature, civics that doesn’t look anything like that in Schoolhouse Rock. This would be a great time to bring some of that into your virtual classroom to replace the traditional materials.

You’ll see a lot of articles, videos, and social media posts about ways to “engage” students in an online setting. Maybe instead of engagement, consider how you can empower your kids. Give up some control and ask them what topics are interesting to them. What problems do they want to investigate?

Finally, I’ve been seeing an awful lot of advice, mostly bad, concerning online classroom management. Ideas for taking “attendance” in a virtual space. How to determine whether your students are paying attention during your video lectures. Checking if they’ve spent enough time in a particular lesson on your LMS. Plus a few rather disturbing online dress codes.

Please ignore them all.

Learning has never been about the amount of “seat time” and in 2020 it certainly isn’t about what anyone is wearing on video calls. Working online, it’s going to be more difficult than ever to determine what your students know and the skills they’ve learned. So, this is a good time to reconsider what is important in your practice.

For my friends and colleagues here in the overly-large school district who will be starting the new year with their students in about two week, I wish you all the best. You will be under a lot of pressure to get your students “caught up”, whatever that means.

But never forget that, especially during this crisis, connecting with those kids is far more important than a curriculum guide or assessments.

The picture is a screenshot from the header of an article on the dangers of hybrid learning, where kids go back and forth between in-person and online schooling, from Wired Magazine. It just makes me smile.