Waiting For A Holodeck 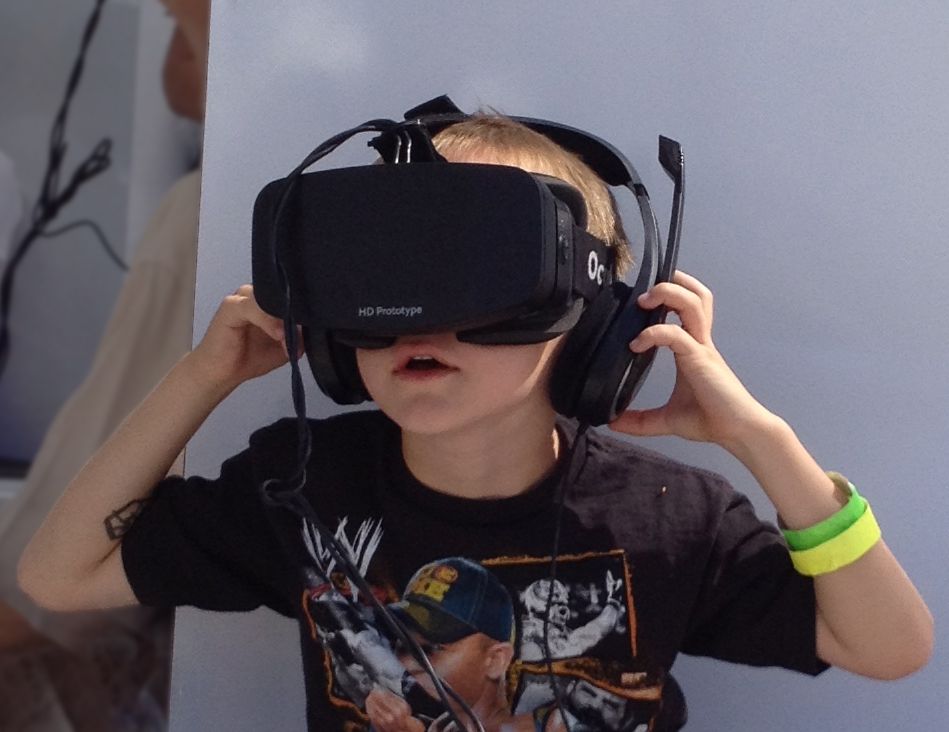 Have you heard? The “metaverse” is coming!

Or maybe it’s already here. After all, the company-formerly-known-as-Facebook changed it’s name to Meta last fall in order to “rebrand itself as a forward-looking creator of a new digital world known as the “metaverse”.1

Face it: if we’re being honest, metaverse at this point is just another techie buzzword. Even Facebook Meta is struggling to define a platform worthy of the corporate name change.

But vagueness in the real world isn’t enough to slow down the speculation from edtech “experts” on how these virtual worlds will impact schools, teachers, and kids. And, while specific educational applications for the metaverse (or VR or AR or…) are pretty scarce, some researchers are already finding “promise”.

The researchers guessed that the students watching in VR would report higher enjoyment and higher interest, and that they would do better on tests of the material as a result.

The results were promising to those building the metaverse. The students in the VR group scored significantly better on an immediate post-test, and on a test given later in the term. And the VR group reported “higher ratings of presence, interest, and enjoyment,” according to the report.

Lots of hard data in those guesses. Based on those “promising” results, watch for Meta School to open next fall.

Then there are also the articles claiming kids are already immersed in the metaverse. A writer for the Post comes to that conclusion based on based on “dozens of complaints about youngsters” behaving obnoxiously in the Oculus VR app Horizon Worlds. Evidence for Nat Geo consists of the millions of kids spending hours in “immersive games” like Roblox and Minecraft.

Using that criterion, console games like World of Warcraft, Halo, and Grand Theft Auto players also qualify as metaverses. For that matter, let’s toss in Castle Wolfenstein, a virtual world from back in the 80’s.

Anyway, aside from the fact that this immersive virtual technology is very much a work in progress (and has been for more than two decades),2 I have one huge issue about how this concept is being pitched for use the classroom. It stems from the path being laid by the poster child for the metaverse, the 800-pound gorilla of social media, Meta.

Boring old last-decade Facebook has always been all about capturing audiences for advertisers and merchants. There’s no evidence that the goal for their metaverse will be any different. They still want you to have the appearance of control without the reality of it.

In the same way, for as long as the concept has existed, edtech has been largely about delivering ready-made content for students to consume. Almost all of the proposals I’ve read about education-related metaversian3 applications follow the same path, currently centered around some form of “virtual field trips”.

As far as I’m concerned, the learning metaverse (or VR or AR or…) will not be ready for prime time until students (and teachers) can have some direct control over the content. Until there are accessible, easy to use tools for creating and sharing the virtual worlds they create.

On a more practical level, the biggest impediment to classroom adoption is the current equipment. I don’t know many teachers who want to deal with those bulky headsets hardwired to the computer. Or schools with the budget to make this happen for all students.

Call me when the holodeck arrives.

The photo, credited to the Wikimedia Commons, is pretty much the image many (if not most) people currently get in their heads when discussing the metaverse/VR in the classroom.

1. Which even their investors didn’t understand as represented by the $220 billion drop in their stock value a few months later after the company announced they had lost users for the first time in history.

2. Back before the turn of the century, we were playing with an early VR technology from Apple called QuickTimeVR. More than ten years ago, Google released their Street View app that made taking immersive VR photos with a smartphone possible. Today I have a camera that can easily capture high quality VR stills or video. The evolution continues.