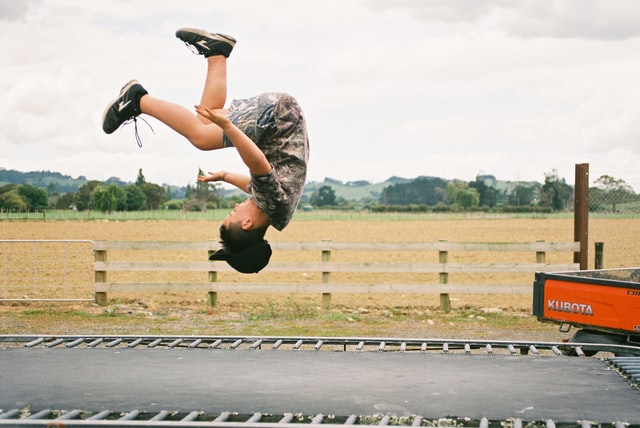 Back in March when school was abruptly moved from live classrooms to various online formats, I started seeing the word “resilient” popping up more and more in articles, posts, and social media.

As in schools and teachers will need “resilience”, and we will need to teach kids how to be “resilient”, in order to deal with the upheaval in their lives.

Although the term originated in science, to describe an object’s ability to return to it’s original shape after being bent or compressed, it has long being used in the social sciences to “describe an elusive quality of cities, nations, age cohorts, and individual psyches — in short, anything that can experience a trauma”.

However, a writer for Teen Vogue1 says that the “modern emphasis on ‘resilience’ means we’re expected to endure hardship and make the best of it”, instead of fixing the problem in the first place.

The idea of resilience as a policy tool and character trait to be cultivated raises some uncomfortable questions: Why are some people asked to be more resilient than others? How much should people be expected to “bend” before they break? And why don’t we just stop bending people?

This reminds me of just a few years ago when the education buzzword was “grit” and we were told students needed “grit” to succeed in school (and later in life). That we in K12 education should help them to be grittier. Or something like that. Now grit seems to have been replaced by “resilience”.

Anyway, he goes on to note that the people of Flint, Michigan and Haiti are celebrated for their resilience but few people ask why are they “given so many opportunities to demonstrate their resilience to catastrophe?”.

This may be the biggest problem with the concept: the way it scripts failure, and therefore also success, as an individual achievement, shorn of context. It may be nice to imagine otherwise, but individuals are not islands, much less ecosystems. We are always and everywhere subject to pressures we cannot control — some of us more than others, of course. All the resilience in the world cannot protect you from a pathogen; conversely, it’s much easier to bounce back from a hardship when you are already healthy, supported, and comfortably housed.

Let’s face it, sustainability is hard. Politicians and “experts” telling teachers, kids, and the rest of us that we gotta learn to be “resilient” in the face of massive systemic failures is easy. Not to mention a whole lot cheaper.

He closes the essay with this thought that draws from the continuing disaster that was Katrina.

No hardship emerges from a vacuum, and it is this context that resilience allows us to overlook. As another New Orleans resident put it, “When we celebrate resilience, we focus the spotlight on the people who got screwed over. The institutions that did the screwing over take the opportunity to slink off into the shadows.”

As we emerge from the pandemic, and hopefully from the political train wreck of the past four years, it’s time to begin fixing those institutions rather than continuing the policy of telling people harmed by them to just suck it up and move on.

The surface of a trampoline is an example of a physical object that is resilient. You can make up your own metaphor about how it relates to the pandemic. The photo is by Charles Cheng and posted on Unsplash and is used under their license.

1. Which, despite the name, features some very good writing, especially related to politics and society.