Following Your Every Step 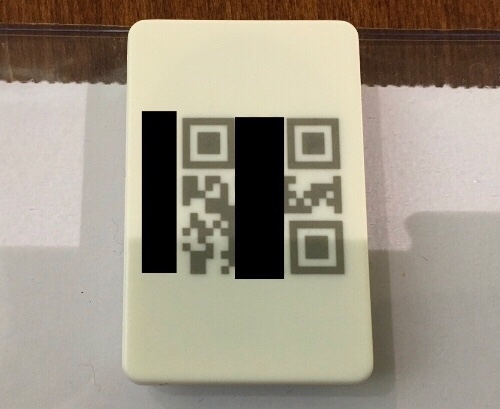 Here at the annual ISTE edtech extravaganza, the organization decided to do something different this year. They gave everyone a “smart badge”.

The little unit attached to every badge holder (that’s it above, with some identifying info

redacted) broadcasts a Bluetooth signal that is picked up and recorded by the units they have placed throughout the convention center (at the right). The goal is to send everyone a “customized ‘ISTE 2018 Journey’ report shortly after the conference”. A reminder of the sessions you went to and the vendors you visited.

I’m not sure whether to be amused, concerned, or outraged. Or all three.

Ok, maybe this doesn’t rise to the level of outrage. It’s certainly amusing and there are some concerns that should be raised. The biggest one being about how this data (which is being collected for ISTE by a third party) will ultimately be stored, secured, and used.

The FAQ that was discretely linked in one pre-conference message tries to answer some of them, assuring us the tracking data will “not be shared with anyone else regardless of who paid for your registration”. So they won’t be telling your principal that you attended one session and skipped the rest of the conference to see the sights.

There’s been a little discussion of this tracking program since the conference started, but not nearly as much as I expected. Maybe most of ~20,000 attendees trust ISTE to do the right thing. Possibly they just don’t care. More likely, most haven’t really thought about it in the way strange people like me do.

But this is one more example of how electronic tracking of is starting to trickle into mainstream activities. Long after governments and corporations started collecting data on us without any concent whatsoever.

At least at ISTE, we have the option of tearing the unit off the badge and doing something creative with it.