Why is This Stereotyping of People Acceptable? 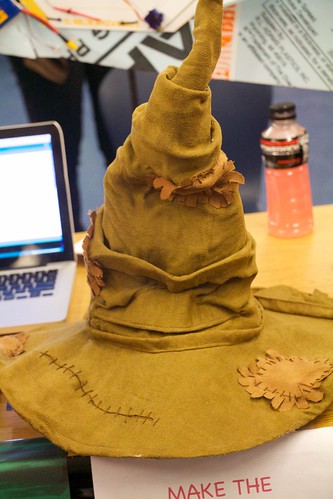 Last week, the Pew Research Center decided to alter the definition of a Millennial. The all-powerful Pew declared that hence forth people born between 1981 and 1996 would now be called members of the millennial generation. Instead of whatever the period was one day earlier.

An economist and college professor calls this the “‘generation game’ — the insistence on dividing society into groups based on birth year and imputing different characteristics to each group”.

To see what’s wrong with the idea, take a look at American millennials. In seemingly endless essays in recent years, they’ve been derided as lazy and narcissistic or defended as creative and committed to social change. But these all sound like characteristics that the old have ascribed to the young since the dawn of time. Similar terms were applied to the “slacker” Generation X and before that, the baby boomers.

Yep. When I was in high school, the news media called us lazy and spoiled many, many times. When I was teaching high school, they called my Gen X students the exact same thing. I wouldn’t be at all surprised newspapers in 17th century London assigned the same faults to kids of that era.

So why do we accept and spread classification schemes that try to stuff millions of people into the same box? We are often reminded that it’s not fair to stereotype a whole group of people based on arbitrary characteristics. But what could be more arbitrary than the date of your birth?

As the writer reminds us, the practice is not only lazy, it also diverts attention from some real and damaging divisions.

Some may argue that the generation game, if intellectually vacuous, is basically harmless. But dividing society by generation obscures the real and enduring lines of race, class and gender. When, for example, baby boomers are blamed for “ruining America,” the argument lumps together Donald Trump and a 60-year-old black woman who works for minimum wage cleaning one of his hotels.

I certainly hope that the high school students from Parkland, Florida and other areas of the country – who carry the label “Gen Z” or “iGen” – can use their activism to draw attention to aspects of American society that are horribly wrong.

The sorting hat was far more discriminating in the classification of Hogwarts students than Pew is with generations. I know, that’s a stretch but I needed an image for this post that was at least tenuously related. :-)