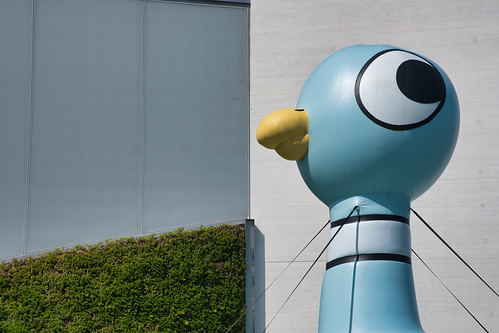 In a recent edition of her Hack Education Weekly Newsletter (HEWN)1, Audrey Watters cites and quotes from a 1985 interview with Joseph Weizenbaum in which he discusses the impact of the computer on society.

That discussion provides an interesting perspective from an early pioneer in computer science. However, he made one particular point that jumped out at me.

I think the computer has from the beginning been a fundamentally conservative force. It has made possible the saving of institutions pretty much as they were, which otherwise might have had to be changed.

The example he uses is banking, saying that the computer allowed for greater centralization and more uniformity of products and services.

What the coming of the computer did, “just in time,” was to make it unnecessary to create social inventions, to change the system in any way. So in that sense, the computer has acted as fundamentally a conservative force, a force which kept power or even solidified power where is already existed.

Think of that in terms of computers in schools.

The promise was that computers in the classroom would allow for greater individualization and flexibility. For a more creative approach to learning, one that would allow students more control and agency.

Instead, schools, especially high schools, look little different that they did before bringing in devices, software, and networks. Still very heavily teacher directed, with a very centralized curriculum and schedule, using many of the same activities and lessons from long before.

In many ways, computers in education have largely been a conservative force. Making it “unnecessary to create social inventions, to change the system in any way”. Enabling the preservation of a traditional, formal approach to learning instead of disrupting it.

Just an observation. I have some thoughts about what to do about it, but you may not like them.

The picture is a pigeon, specifically an inflatable version of Mo Willems’ character, in honor of Audrey. If you read her newsletter, you would get the connection.