Coding For All is the Wrong Goal 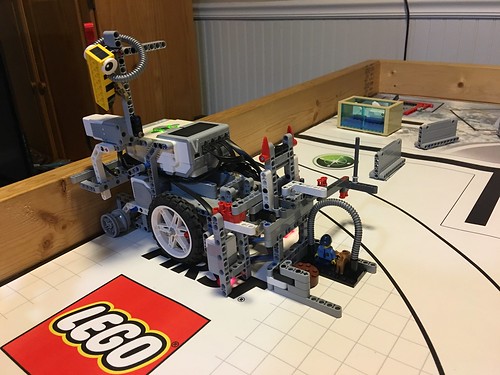 We have been told that everyone can code… and I have no doubt that is true.

At the most basic level, writing code is a matter of understanding the logical systems used by computers and then creating a set of instructions the processor can follow. Just about anyone can learn to do that.

Does every student NEED to learn to code?Writing for The Guardian, Douglas Rushkoff, one of the most astute media observers around, includes the coding-for-all movement in his tech decade-in-review and explains why the idea of coding for all is misunderstood at best.

In Programmed or Be Programmed [his book published in 2010], I argued that we have to understand the platforms on which we’re working and living, or we’re more likely to be used by technology than to be the users controlling it. But those of us arguing for new media literacies may have been making our case a bit too literally.

The people and organizations responding to our plea launched the “learn to code” movement. Schools initiated Stem curriculums, and kids learned code in order to prepare themselves for jobs in the digital economy. It was as if the answer to a world where the most powerful entities speak in code was to learn code, ourselves, and then look for employment servicing the machines. If you can’t beat them, join them.

But that wasn’t the point. Or shouldn’t have been. What we really needed this decade was to learn code as a liberal art – not so much as software engineers, but as human beings living in a new sort of environment. It’s an environment that remembers and records everything we have done online, every data point we leave in our wake, in order to adapt itself to our individual predilections – all in order to generate whatever responses or behaviors the platforms want from us. The digital media environment uses what it knows about each of our pasts to direct each one of our futures.

Basically, Rushkoff is saying that knowing how to write code is the wrong emphasis. Students, and the adults they will become, need to understand how that code is being used to manipulate our digital environment.

But most schools don’t even start down that path. They congratulate themselves for doing “Hour of Code” or offering computer science as an elective.

Even here in Virginia, which has been congratulating itself on being the first state to require “computer science” for all students, the primary emphasis is on learning to code as a basic skill. Plus only “all” kids in K-6 are actually included since the standards only call for elective classes in middle and high school.

And that’s only if the elementary teacher decides to do more than the bare minimum. The skills in the CS SOL1 are not tested, which usually means the CS lessons are shoved to the final few weeks of the year or into pull-out programs for kids who are likely to pass their other exams. The ones the school and administration gets rated on.

Ok, I’m not saying there is anything wrong with students learning to code IF they choose to follow that path. But not all, or even most, kids are going to turn into programmers, just as few of them will need the Calculus around which the math curriculum is designed.

All of this means that, like adding vaguely defined STEM activities on the side, trying to wedge coding into the curriculum, along with everything else that’s already there, is a waste of time and money. It certainly won’t achieve the lofty political and economic goals that have been promised.

I feel like I’m repeating myself in the past few posts, but it really is past time to have a serious discussion about why K12 school exists in the first place, about what students need to know and be able to do when they finish their 13 years in our classrooms.

I’m pretty sure one part should be about more than just knowing how to write code.

As I said, I have nothing against programs like the First LEGO League in which my niece and nephews participate (one of their projects is in the picture). That program actually includes much more about how technology impacts society than the coding curriculum in our local schools.

1. SOL = Standards of Learning, the state curriculum requirements and testing program. And, yes, we are very aware of what else that acronym stands for. Too bad the people who created it didn’t take a few minutes to consider that.

What is Personalized Learning?

EdTech Needs To Go Away