Is That Thing a Computer?

As part of the planning for our iPod Touch experiment here in the overly-large school district we’ve been running many of the details past the Division Counsel (aka the district lawyer).

Why? Well, because… we always do that for anything out of the ordinary. It’s the American way.

Anyway, in one of the notes from the Counsel’s office she asked an interesting question: Is the iPod Touch a computer?

The query is all part of their effort to make sure that our plans keep the system in compliance with CIPA (Children’s Internet Protection Act), a federal law dictating student technology use in schools.

So, the first reflex would be to answer “yes, the Touch (and many similar devices) are computers”.

However, after rolling the question around in my warped little mind for a while, I recalled the motto of Sun Microsystems: 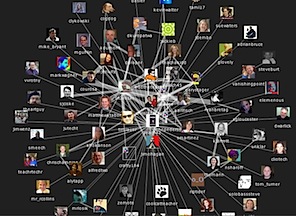 The Network is the Computer

Which is an even more valid concept today than when they first started using it in the early 90’s.

After all, it’s been a long time since a device controlled by a microprocessor was worth much without a network connection.

So, I’m going out on a limb here and change my answer: No, the iPod Touch is not a computer.

A computer is all the people you can connect to and share information with using a networked device.

Do you think the lawyers will buy that?