Something Is Missing From This Space 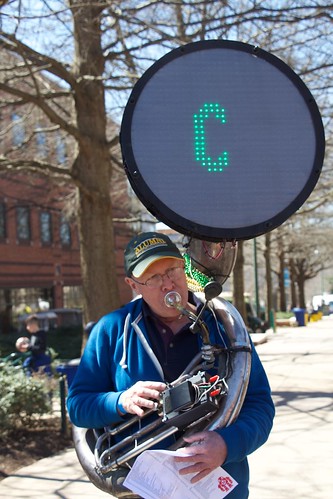 Several years ago in a photography workshop, the leader told us that he never used the phrase “taking pictures”, preferring instead “making images”.

Besides sounding a little like theft, he said that “taking” was too passive for what we were trying to do. Making photographs is more of a creative process, rather than a one-shot deal.1 And that is how we should approach our craft.

This variation in the way we speak of photographs often jumps into my head when following discussions about maker spaces and Maker Faires.

Why isn’t photography included in maker space activities? Why aren’t photographers demonstrating their craft at a Maker Faire?

When the concept of “maker” is addressed, most people include things like robots, 3D printers, coding, and other things electronics-related.

Drones? Sure. Welding, puppets, and paper craft? Why not? Even VR and AR, which are still largely out-of-the-box activities that are not easy to make.

Making good images, those that evoke some kind of response from the viewer, requires thought and planning on the part of the photographer. And that creative process is very accessible to almost everyone, even more so than some of the higher profile maker space components.

Ok, just something to think about when considering who and what is a “maker”.

The picture, made at the 2018 Maker Faire NoVA, reminds me that making music is also often missing from the concept of maker spaces. Although I think his tuba was more about the technology than the music. More pictures from this event are in this Flickr gallery.