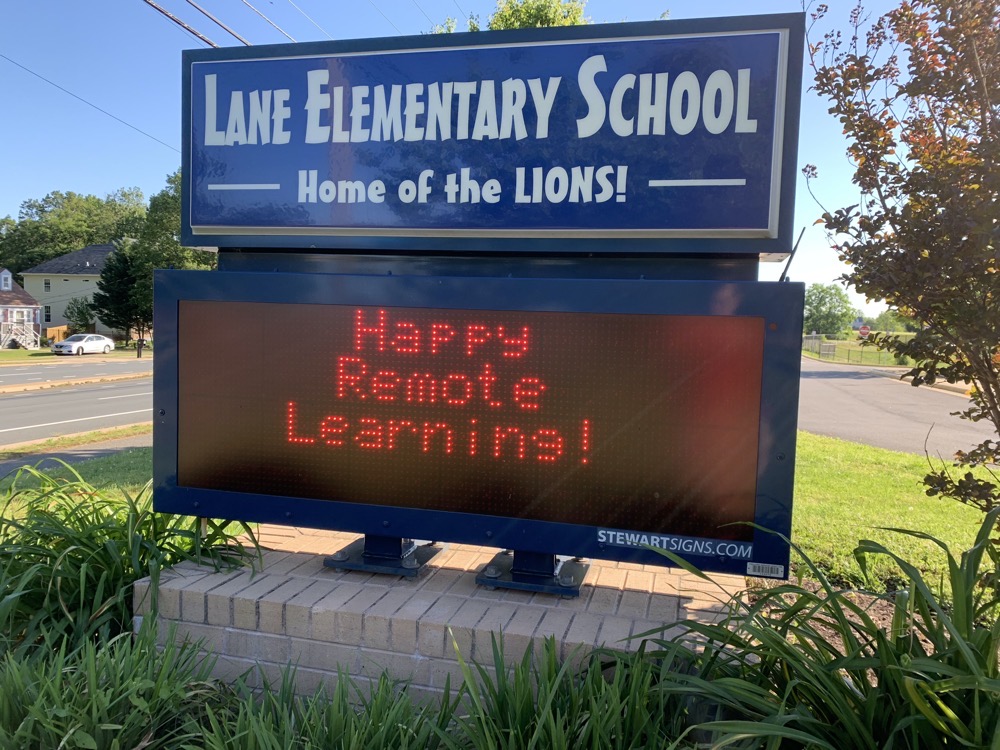 END_OF_DOCUMENT_TOKEN_TO_BE_REPLACED

Maybe Aim A Little Higher Than 1 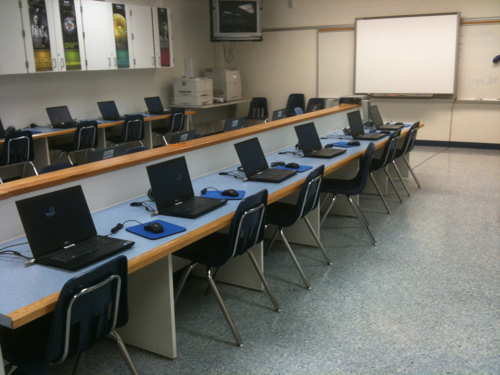 This week begins a new year for students here in our overly-large school district.1 And for the first time, all high school students will be given a laptop to use in an initiative being called FCPSOn.

But, beyond the basics like how much money is being spent,2 it’s not at all clear how this project will improve student learning. Spokespeople like the assistant superintendent will tell you that “equipping students with laptops is not about boosting standardized test scores” and that the devices will help kids “develop skills such as critical thinking, collaboration and communication”. END_OF_DOCUMENT_TOKEN_TO_BE_REPLACED

Change Where Nothing Changes

I’ve written more than a few times in this space about Fairfax County Schools, my former employer and the district formerly known as the overly-large school district, slow (very slow) efforts to implement a 1-1 computing program. When you have almost 190,000 students and a budget with too many antiquated priorities, I guess slow is the only way you can go.

My friend and former colleague Margaret is the tech professional development specialist for the one high school (out of 25) that will be part of the pilot 1-1 program next fall. And she is worried about1Just ignore the totally incorrect adjective used in the first graph to describe me and this rantfest. :-) the pushback she is getting from some on her staff concerning the coming changes.

Last week a teacher said to me “I’m not going to change something I’m doing just so kids can use technology.”

I think this represents our biggest hurdle and misconception about this transition. The idea that we are making changes to instruction to include technology rather than changing instruction to help students learn.

The big idea here is that this isn’t about the device. We keep saying that but it doesn’t seem to be sinking in.

Margaret is right in categorizing that attitude towards change as a hurdle, but I’m not so sure it’s a misconception on the part of this teacher. I’m betting this particular staff member has been around long enough to have seen many similar initiatives, technological and others, come and go over the years. He/she knows that the only thing new in the classroom next year will likely be more devices.

The curriculum won’t change. The overemphasis on testing, coming from the state plus AP and IB, will be the same. Any training she gets will be far more focused on operating the technology than on the pedagogy necessary to make best use of the devices. School administrators will also receive incomplete training on what a 1-1 should look like, and will be more concerned with equipment theft and student “hackers”.2”Hacker” being the catch-all accusation for anything a student does on a computer that doesn’t meet adult standards for conduct.

I think I’ve heard the concept of “it’s not about the device” repeated hundreds of times in Fairfax, by everyone from the superintendent on down. But actions rarely followed the talk.

The process of implementing 1-1 in Fairfax is largely being lead by the IT department (unless something drastic has changed in the past ten months), with most of the time in planning sessions I attended before my exit last year was spent on topics such as what device, how it would be deployed and managed, and what to do if the kids did something wrong. Changes to instructional process came at the end of the agenda, if at all, and alterations to curriculum were rarely were discussed. Plus, one of my big gripes, very few teachers were involved in high level planning and kids were excluded altogether.

Anyway, it will be interesting to watch the rollout of the Fairfax 1-1 project. And I hope Margaret and everyone involved are able to affect some genuine change for their teachers and students using the flood of new equipment that’s coming next fall.

Although I have little evidence to believe that major changes to the way that students learn are coming as a result, I really would love to be proved wrong. Really!

It’s been a couple of years since the Los Angeles Unified School District received national attention for the roll out of their 1:1 device program. And not attention in a good way.

This past July a group of researchers released an assessment of the program that offered “lessons on what not to do when rolling out technology and devices across a large school district”.

It’s long, very academic, and full of suggestions that should have been obvious from the start. Like better planning, communications, and professional development.

However, towards the very end of the executive summary the report arrives at what was probably at the core of the problem with LA’s initiative.

At its heart, the ITI [Instructional Technology Initiative] is about both technology and instruction, and effective management of it required coordination and communication between technical and instructional teams and leaders. The structure of LAUSD (and many other districts) is such that the instructional division is separate from the technical division. These divisions did not seem reach a level of collaboration that would be needed to avoid the challenges ITI encountered, and on some issues seemed to be unable to resolve differences in perspective (for example, on issues related to Apple IDs).

As I’ve ranted about more than a few times, Fairfax County, my former employer (aka the overly-large school district) is at the beginning of the process to implement a 1:1 program. But long before that, they already had cemented in place that same problem from LAUSD.

That “coordination and communication” between the technical and instruction departments is tenuous at best. With IT making instructional decisions, primarily due to a lack of leadership on the instructional side.

IT’s goal is for these 1:1 devices to be cheap and easy to manage, and I don’t blame them for that. Instruction’s goal is far less clear.

In the shiny new “strategic plan”, the superintendent and school board have set a target of 2017 for every student to have a device. So one motivation is that the boss said to do it.

At the same time we hear the super, her assistant supers, principals and others speak vaguely about future ready, 21st century skills, digital natives, blah, blah, blah, while continuing to foster, encourage, and support a test prep culture in schools.

Completely missing on the instruction side in this project is a crystal clear articulation of how giving each student a device will transform instruction and improve their learning. Much more difficult than IT’s job.