During a recent trip to Philadelphia, I spent a few hours at the Eastern State Penitentiary, an eerie place that encapsulates almost 150 years of the American philosophy of how to deal with criminals in our society. Read more about the facility’sÂ history on Wikipedia and see more of my pictures in this Flickr album. 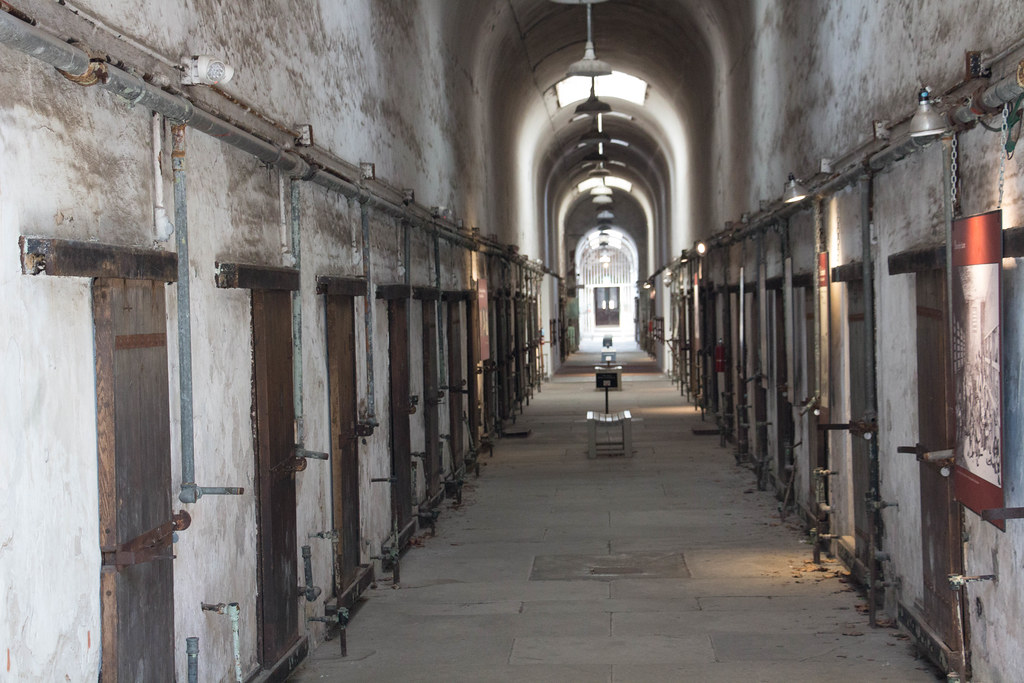 Cellblock one from the original building opened in 1827. Benjamin Franklin was part of the committee that designed the unique spoke and wheel layout that was adopted by many other nations in the 19th century. Each cell was designed to house one person in solitary confinement, giving them plenty of time to reflect on their lives. 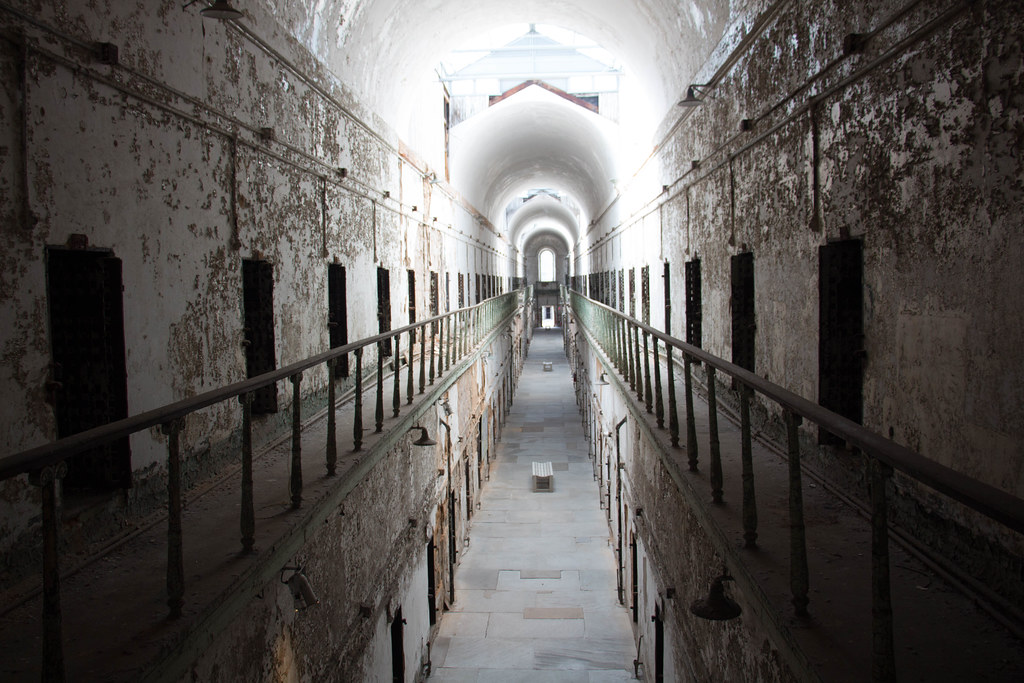 Later additions to the Penitentiary were two story buildings with cells now housing two people in pretty much the same space. 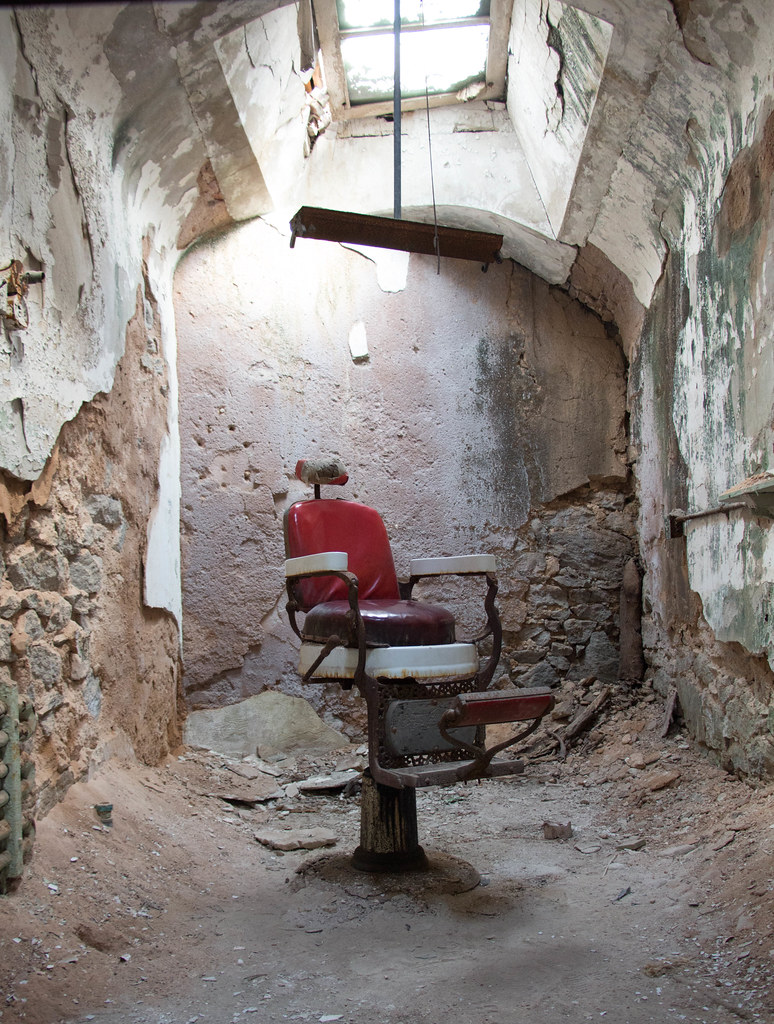 In it’s more recentÂ history, one cell of each block was set up as a barber shop, staffed by prisoners, with all inmates required to get regular haircuts and shaves. The red chair is an interesting contrast to the very brown and gray walls. 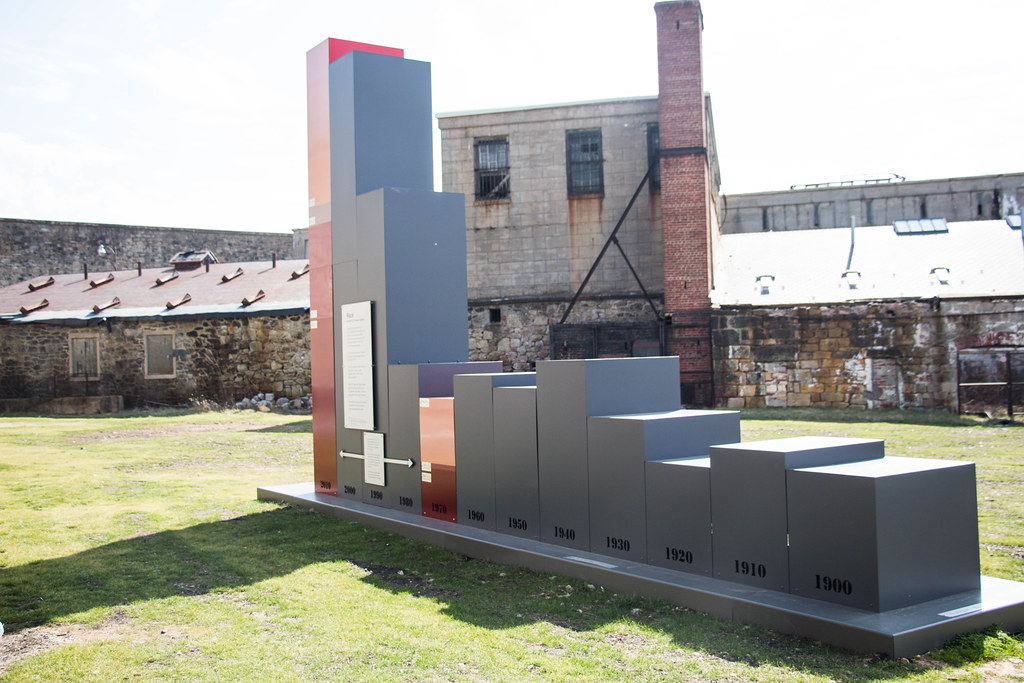 A display in the Penitentiary yard showing the number of people in imprisoned in the US by decade, along with other statistics of how our penal policies compare to other nations. Notice the huge population jumps since 1990, despite a decrease in crime rates.