Following Chris’ lead, I created a graphic of my tags from del.icio.us using Wordle. 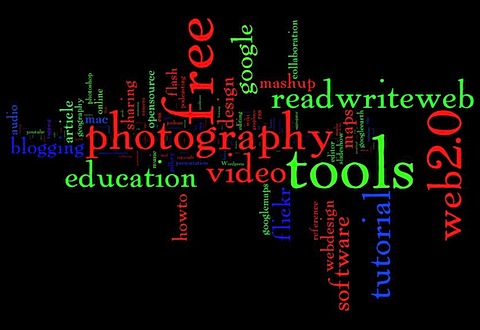 The number of education tags in my cloud is not as large as his, but that big free should tell you something about the kind of sites I add to my collection.

The concept of electronically tracking prisoners on release programs has been around for a while.

So, why not do the same with truant students?

Jaime used to snooze until 2 p.m. before strolling into school. He fell so far behind that he is failing most of his classes and school officials sent him to truancy court.

Instead of juvenile detention, Jaime was selected by a judge to be enrolled in a pilot program at Bryan Adams in which chronically truant students are monitored electronically. Since Jaime started carrying the Global Positioning System unit April 1, he has had perfect attendance.

If students must be ordered to attend school and their whereabouts monitored electronically, are they really getting anything from their education?