Clogging Up The Free Flow 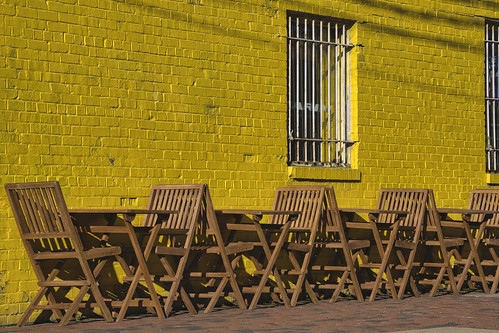 A recently-passed Florida law will require public universities in the state to conduct an annual “viewpoint diversity” survey of students. The governor says he’s “concerned about the free flow of ideas on campus and whether higher education stifles free speech from conservatives”.

I rejoiced at Florida’s decision to survey college students to see if they have been corrupted by critical race theory being taught on their campuses. Some people criticized the initiative, but I think it can only enrich the debate. I hope it spreads to other states.

The part of this issue that Mathews either ignores or doesn’t understand is the people who created this law have no interest in “enriching” the debate. Or having any kind of real debate at all.

Let’s face it: Republicans are not concerned about college students being “indoctrinated” in their courses. They’re worried that they won’t be receiving the RIGHT indoctrination.1

The balance of Mathews column is a small collection of anecdotes concerning discussions of race (and Critical Race Theory, the current conservative red herring) from a few “academically talented high school and college students” who had papers published in a scholarly journal called The Concord Review. Hardly “typical” students.

Actually, very little of this jumble makes sense and provides nothing to support spreading this crap around.

Anyway, a few more points on this subject that both Mathews and many conservatives have also missed or ignored.

For one thing, almost all the people who are hyper-concerned about “critical race theory” have no idea what it is. I doubt most have even bothered read the Wikipedia entry.

I’ve read the opening few paragraphs and that’s enough to know this is something very few college undergraduates will study, much less be brainwashed by. It is certainly not part of any K12 curriculum I know of.

For another, why go to college – live and in person – if you’re not going to welcome every opportunity for new experiences, to explore new concepts, and meet new people? That’s where the “free flow of ideas on campus” really comes from, not from legislation. If all you want is a degree, attend classes online and rack up the necessary credits.

Finally, Mathews is right that we need to listen to students. But that means really listen, not just conduct surveys and cherry pick quotes.

Teachers, in K12 as well as colleges, should guide kids to reflect on and understand the issues facing them. To honestly discuss their experiences with race, and so many other aspects of their lives.

And it doesn’t come from a politically-motivated “viewpoint diversity survey”.

The photo at the top has nothing to do with this topic, other than it looks like a nice place to have lunch and exchange some ideas.