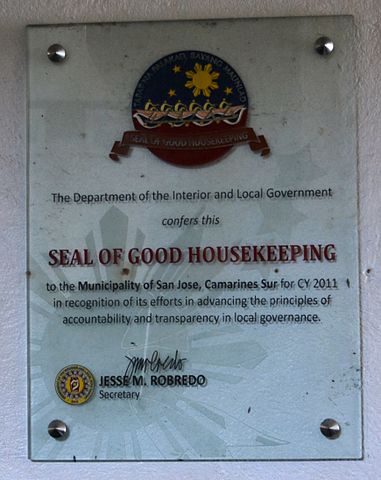 When I was a kid, some products would prominently display in their ads the “Good Housekeeping Seal of Approval”, awarded by the magazine of the same name. I don’t remember ever reading any fine print explaining how they earned that label, but the implication was that this item was better in some way than the one next to it on the store shelf.1Now we have a company named Digital Promise that spent the last year developing a “research-based” certification for educational technology products. A Seal of Approval, if you will, for drill and practice software instead of cake mix.

Digital Promise sought to isolate one “signal” of high-quality edtech products—as CEO Karen Cator puts it—and zero in on that. As a result, its new certification considers only whether a product is grounded in research, and not whether the company incorporates user feedback to improve the product or can point to evidence showing that the products leads to better outcomes.

The premise may sound simple. But Cator says that most people would be surprised by how few products on the market were created with research in mind. Often, someone will have a good idea—even a well-intentioned one—and see it through before pausing to consider whether research suggests it’s worth the effort.

Actually, I’m not at all surprised how few edtech products are back by research. Even companies who point to research that supports their claims often are using poor quality studies, cherry-picked to fit the narrative.

And the company has more certifications in the works.

The research-based design certification is intended to complement comparable edtech assessments, such as Common Sense’s privacy evaluations for education apps, Cator says. A certification around data interoperability is in the works, and more will likely follow, she adds.

Asked if she envisions an eventual landing page of sorts for all these badges and certifications, she says she hopes they will simply be displayed prominently on company websites, as a point of pride.

A whole bunch of badges that look impressive and few understand.

However, the idea of carefully considering the tech products we use with kids in the classroom is a good one, and long overdue. It would be wonderful if educators had reliable, standardized information to help them find the few golden needles in the edtech pile of crap..

I just wonder if a badging system, based on relatively narrow criteria and proprietary to one company, is that tool.

The Seal of Good Housekeeping in the picture is awarded by the Department of Interior and Local Government in Costa Rica. It comes from the Wikimedia Commons and is used under a Creative Commons license.

1. The Good Housekeeping Seal dates back to 1909 and is evidently still around, now joined by a whole bunch of similar, vaguely-understood “certifications”. JD Power, anyone?