In Case You Were Wondering…

… why it’s been very quiet around this space for the past week or so, I’ve been off on an extended trip to Arizona.

While this is not a destination thatÂ would normally be high on my list of places to vacation, we make regular visits like this one because of family and friends living all over the state. 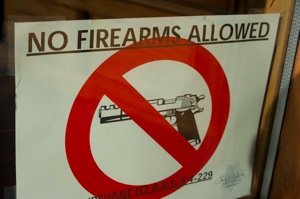 Arizona is a strange place of contrasts, and not only in terms of the scenery. The people running the state would like us to believe it’s a sophisticated, contemporary place but still want to wallow in all the “independent”, anti-establishment craziness that goes with a “wild west” attitude.

This is the birthplace of both Barry Goldwater and the modern version of the John Birch Society (check a good history resource, kids), as well as home to more recent right-wing nutballs like John McCain, Sheriff Joe Arpaio, and the corporations behind the tea baggers.

There are a few small pockets of moderate, progressive types, like the university neighborhood in Tucson, where I went to school. Â So I was never infected by the crazy and, fortunately, neither were my Arizona friends and relatives, which makes visiting everyone a pleasure (mostly).

Anyway, It’s been a fun trip so far, and along the way I’ve been collecting thoughts and taking lots of pictures, both of which I’ll be sharing in this space and on Flickr next week after we return.

And soon after, the regular ranting in this space resumes, just in case anyone was missing that. :-)

This sign is in the window of a bar in Prescott. It’s a shame the owner has to specifically tell customers not to mix guns and alcohol. Some in the Arizona legislature actually want to delete that right.