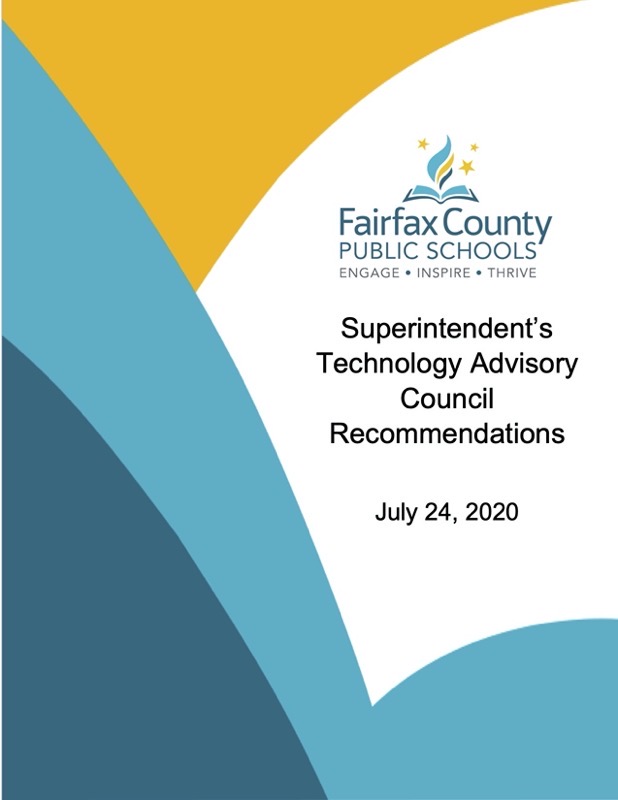 Back in May, the superintendent of our overly-large school district announced the formation of a Technology Advisory Council, with the mission to provide him with “expertise and guidance”. As I wrote at the time, the hasty formation of this group was most likely a reaction to the bad press surrounding the messy rollout of online schooling due to the pandemic. The Post loves “blue-ribbon” panels.

Move forward, less than three months later to late July and we get another message from the super declaring that the Council has “concluded its work”. And produced a final report brimming with expertise and guidance.

Can I say “that was fast” without sounding cynical?1

As might be expected, the recommendations lean heavily into the technical, with very little about instruction or learning. Lots for the IT department to do. Not much for Instructional Services. Nothing about minor stuff like curriculum, pedagogy, or assessment.

But mixed into what amounts to a long, very generic to-do list, one recommendation jumped out at me:

Vision for Role of Technology: Establish a clear vision for the role of technology in supporting the learning goals of the district.

Fairfax has been spending heavily on computers and software, and networking schools for decades. They began increasing instructional support for all that tech starting in the mid-90’s when I moved out of the classroom and into that role. Over many years, teachers have been put through hundreds of hours of professional development on how to use it all.

Don’t you think someone should have thought to establish a “clear vision” long ago?2

Even worse, this was put forth as a “near-Term” goal, to be “completed by the start of the school year 2020-2021”. The school year that began a couple of weeks ago. Needless to say, I can’t find that vision for the role of technology anywhere on the district website.

If you’re interested, take a look at the whole report. It’s not a long read since about three-fourths of the 87 page report are the PowerPoint decks from each subcommittee, with surprisingly few words on each slide for a corporate-like presentation.

Having been part of similar large-mass committees over my time in Fairfax, I remember that it took more than three months just to get everything organized enough to begin work. Based on that experience, I’m also not at surprised at how little substance is in this document.

Especially when it comes to kids and learning, both of which should be at the core of everything we do in education.

Let’s face it, most of the recommendations in this report have been floating around the overly-large school district since long before I left five years ago, including the one about vision. Many will likely be included five years from now in the report from the next Technology Advisory Council.

However, the biggest issue Fairfax (and most of American education) faces when it comes to the role of technology in the teaching and learning process comes back to that one simple phrase: establish a vision.

Nothing is going to change until we can clearly explain (to ourselves and the community) how and why we are using devices, networks, and all the other heavily hyped digital pieces. How all of that stuff can help students better acquire the knowledge and skills they need to succeed after they leave our schools.

Image: the cover of the Council’s report.

1. Rhetorical question; the answer is obviously no. :-)

2. I should say that some of us on the lower decks regularly tried to write some kind of vision for the use of technology for instruction. District leadership, especially in our own Department of Instruction, was not interested.