If Nothing Changes, Why Bother? 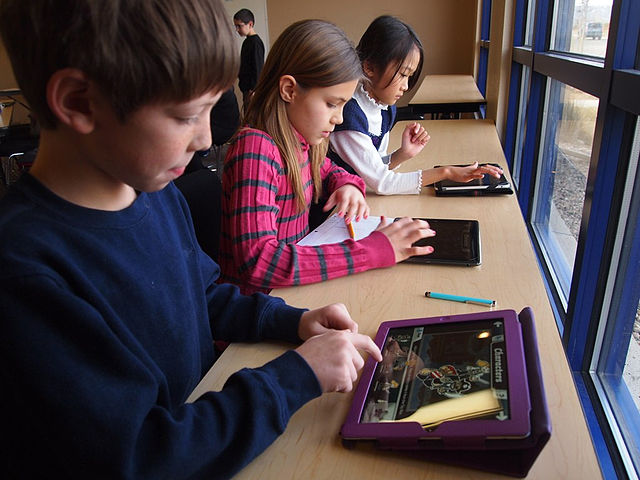 Over the past few years, I’ve ranted a few times about the 1-1 computing project in the overly-large school district that used to employ me. Last September, every high school student was issued their cheap laptop, and the plan is to do the same for middle school students next fall. Pending approval of the budget, of course.

And, as you might expect, administrators are hearing from some parents with concerns that the “devices are harming the way young children learn”, and worse.

END_OF_DOCUMENT_TOKEN_TO_BE_REPLACED

Change Where Nothing Changes

I’ve written more than a few times in this space about Fairfax County Schools, my former employer and the district formerly known as the overly-large school district, slow (very slow) efforts to implement a 1-1 computing program. When you have almost 190,000 students and a budget with too many antiquated priorities, I guess slow is the only way you can go.

My friend and former colleague Margaret is the tech professional development specialist for the one high school (out of 25) that will be part of the pilot 1-1 program next fall. And she is worried about1Just ignore the totally incorrect adjective used in the first graph to describe me and this rantfest. :-) the pushback she is getting from some on her staff concerning the coming changes.

Last week a teacher said to me “I’m not going to change something I’m doing just so kids can use technology.”

I think this represents our biggest hurdle and misconception about this transition. The idea that we are making changes to instruction to include technology rather than changing instruction to help students learn.

The big idea here is that this isn’t about the device. We keep saying that but it doesn’t seem to be sinking in.

Margaret is right in categorizing that attitude towards change as a hurdle, but I’m not so sure it’s a misconception on the part of this teacher. I’m betting this particular staff member has been around long enough to have seen many similar initiatives, technological and others, come and go over the years. He/she knows that the only thing new in the classroom next year will likely be more devices.

The curriculum won’t change. The overemphasis on testing, coming from the state plus AP and IB, will be the same. Any training she gets will be far more focused on operating the technology than on the pedagogy necessary to make best use of the devices. School administrators will also receive incomplete training on what a 1-1 should look like, and will be more concerned with equipment theft and student “hackers”.2”Hacker” being the catch-all accusation for anything a student does on a computer that doesn’t meet adult standards for conduct.

I think I’ve heard the concept of “it’s not about the device” repeated hundreds of times in Fairfax, by everyone from the superintendent on down. But actions rarely followed the talk.

The process of implementing 1-1 in Fairfax is largely being lead by the IT department (unless something drastic has changed in the past ten months), with most of the time in planning sessions I attended before my exit last year was spent on topics such as what device, how it would be deployed and managed, and what to do if the kids did something wrong. Changes to instructional process came at the end of the agenda, if at all, and alterations to curriculum were rarely were discussed. Plus, one of my big gripes, very few teachers were involved in high level planning and kids were excluded altogether.

Anyway, it will be interesting to watch the rollout of the Fairfax 1-1 project. And I hope Margaret and everyone involved are able to affect some genuine change for their teachers and students using the flood of new equipment that’s coming next fall.

Although I have little evidence to believe that major changes to the way that students learn are coming as a result, I really would love to be proved wrong. Really!

Fight Over Funding the Status Quo

It’s April which means Fairfax County is now coming to the end of the annual school civil discussion of priorities between the school district (formerly known as both the overly-large school district and my employer) and the county Board of Supervisors.

The continuing conflict that usually comes to a temporary resolutionÂ every May arises because our local school board has no authority to raise it’s own local money. They get some funding directly from the state and from federal government programs, but most of their budget comes the Fairfax County Board of Supervisors (in something known as the “transfer”).

Early in the budgeting process, the school superintendent starts by laying out the district’s “increasing needs”, tossing out some numbers that will make everything run smoothly, and warning about the programs that couldÂ be cut or canceled without full funding. Soon after the supervisors, working totally independently, announce how much money they can afford transfer to the district (and accuse the superintendent of being irrational). 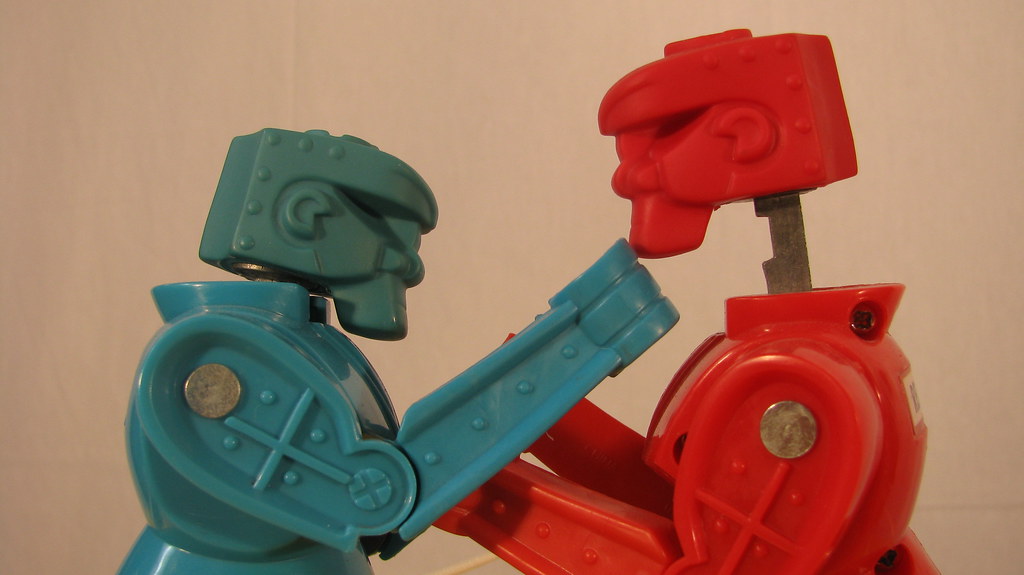 After a couple of months of back and forth, the school board ignores the supervisors and puts together a budget for the next year based on those “needs” and other priorities. Of course, the amounts don’t match (in the past five years, I don’t remember themÂ even being close) and both sides ramp up the hype.

School supporters take to local news media and social network channels, attempting to build community pressure on the Board to increase their figure. The superintendent talks about larger class sizes and diminished programs (sometimes even threatening to take away the Friday night gladiator matches, aka high school football), which she says will lead to a mediocre education for the kids.

On the other side, Board members make a lot of pronouncements about the county coffers being empty with nothing more to give, and lecturing school administrators on the concept of living within their means (file that under the heading: do as I say, not as I do).

Both sides are right to some degree. And are also full of crap.

The community in which we live is one of the richest in the nation (second or third depending on who you ask). At the same time, the vast majority of people living here don’t have kids in school and so have no direct interest in one side of the fight. Which means the two top priorities, for most residents as well as most Board members, are keeping taxes as low as possible and keeping the value of their property as high as possible.3Oh, and traffic. Everyone wants the roads fixed and new ones built, but don’t ask me to pay for it. Which is a rant for another day.

Those Board members know very well that raising taxes – any taxes – is likely to cost them their job; at least attract a very strong challenge to unseat them. And, since we already have “good” schools, at least according to the usual statistical measures, the perceived corrolation between that and property values is already assured. At least until the next election. All is good here in Lake Wobegon.

On the superintendent’s side of things, the school population continues to grow at around 4000 to 5000 students each year. And increasing numbers of students in the system are non English speakers, qualify for low income benefits, or require special education services (or combinations of those categories), all of which add to the cost of running the district. Add in the pressures of providing decent pay and the increasing cost of benefits and you get a lot of upward pressures on increasingly tight budgets.

However, even if the school board got all the funds they asked for, the money is largely paying for very conventional educational programs. Although the superintendent promises “innovation”, preparing “global citizens”, and “creative” solutions to the system’s problems, her plans include very little change in the basic structure of the school process – curriculum, instructional practice, standardized test-based student assessment. Nothing different from what it was in more flush times ten years ago.

School administrators and the politicians who allocate the funding for them should be working together to find alternatives to the way things have always been done. Are there alternative models of “school” that work better for kids with differing interests and skills? Are there alternatives to property taxes that make paying for an educated society more reliable and equitable? Can we make schools more valuable than just supporting property values to the general public? Maybe by integrating schools with those communities in ways that benefit even those who have no children in the system?

I don’t have all the answers but it doesn’t seem as if either side in this debate is even asking the questions.

Instead we have school leaders fighting to fully fund the status quo in an education system that is still riding its successes from twenty years ago 2For many years Fairfax called itself a “lighthouse” district. That light dimmed a long time ago.. And community leaders who are satisfied with schools that are “good enough”, as long as the property tax stays the same, and the Friday night football game starts on time.