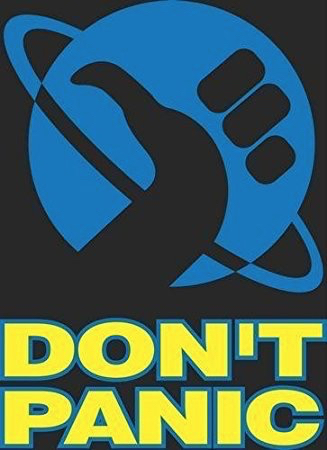 For the final 3-2-1 of 2016, here are three books, two audio books, and one movie you may want to consider enjoying during the coming year.

Three books worth a space on your reading list.

The Innovator’s Mindset by George Couros.  George is very much an advocate for empowering students and this book is a wonderfully positive collection of ideas for making that happen. It include many great suggestions that could and should be used immediately. This is one book that should be read with a group of other educators. (about 4 hours, 16 minutes)

Weapons of Math Destruction by Cathy O’Neil. Many decisions made by corporations and governments, such as who gets a loan or who is paroled from prison, are based on mathematical models that are poorly understood, even by the people who create them. This book is especially for those who are not “math people” and I’ll have more posts about it later. (about 5 hours, 26 minutes)

Education Outrage by Roger Schank. Few people do outrage better than Schank but, as you’ll find in this book, there is much to be upset about in the American system of education. This is a collection of Schank’s essays that will challenge some (maybe many) of your beliefs about what school is and could be. Share the book with your local school leaders. (about 5 hours, 57 minutes)

Two audiobooks for your commute.

Medium Raw written and read by Anthony Bourdain. Although he’s a chef by training, Bourdain’s television is all about travel and exploring other cultures as wide ranging as Vietnam and New Jersey. This is the story of those travels, mixed with a strong critique of restaurant trends and food television. Be warned, he occasionally uses bad language. (9 hours)

Me of Little Faith written and read by Lewis Black. If you have seen or heard Black’s stand-up work, you might think this is just his very caustic humor applied to religion. You would be wrong. This is a very thoughtful, and very funny, philosophical treatise in which he asks many good questions, and arrives at at least some good answers. Be warned, Black also uses some bad language. (5 hours, 50 minutes)

One movie to watch when you have time

The Big Short. This film was released at the end of 2015 and probably didn’t get a big audience. However, it’s a very thoughtful, surprisingly entertaining story about the housing crash of 2008, and bitingly very funny as well. Based on the book by Michael Lewis and featuring great performances by Steve Carell and Christian Bale. (2 hours, 10 minutes; on Netflix)

National Geographic says our national parks are changing, due to a warming climate and other factors, and looks at how our management of those wilderness areas must also change. As you might expect from Nat Geo, the photographs that accompany the article are wonderful. (17:00)

If you want to learn something about virtual reality, The Guardian offers their complete guide to the topic. It’s a pretty good overview of the current platforms, with a short list of currently available software for each (mostly games, of course). But don’t count on this article being accurate for very long since the field is moving fast. (20:00)

Way too much has been written about the election results and I’ve been avoiding as much of it as possible. However, this intelligent essay by Baratunde Thurston is worth your time. Empathy is indeed a two-way process. (12:00)

In a small Virginia town, about 90 minutes from here, the Library of Congress is using a Cold War-era nuclear shelter to protect and restore the world’s film history. Even the crappy stuff. This short video checks in with the man responsible for dealing with the very oldest stuff, films printed on fragile and very combustible nitrate. (3:09)

When times are tough, people sing the blues. And who better to sing the blues than a white British actor. Seriously though, Hugh Laurie does an excellent job, on piano as well as singing, with the New Orleans classic St. James Infirmary. The late, great Allen Toussaint leading a band of outstanding jazz musicians completes a near perfect package. (7:00)

Who do you trust and does it make a difference? In a recent episode of Freakonomics, they look at the concept of societal trust and ask what can be done to reverse the decidedly downward trend in the US and UK. Did you know that “societies where people trust one another are healthier and wealthier”? (27:42)

The old adage is that necessity is the mother of invention. But, according to Scientific American, several studies of humans and other animals point to other reasons why they engage in creative activities. One could be that invention comes when people feel secure in their basic needs. Didn’t Maslow make that connection? (about 5 minutes)

Certainly not comprehensive, this guide to your privacy from the Consumerist blog is still a good, concise review of how much control you have in the areas of health, finance, and communications, plus a section children on the internet. Each section also points to the agency you can complain to if something isn’t right. (about 10 minutes)

Many of us try to recycle as much as possible, thinking that the bottles, paper, plastic, and other waste in those bins will actually be reused rather than ending in a landfill somewhere. That may not be the case with those millions of old smartphones and other electronics discarded every year. Motherboard explains that A Shocking Amount of E-Waste Recycling Is a Complete Sham. (about 8 minutes)

Can better schools improve the economy? Specifically, Springfield, Ohio has reopened the town high school as the Global Impact STEM Academy in hopes it will encourage graduates to stay and bring new high tech jobs to the area. NPR Morning Edition has the interesting, and unfinished, story. (5:48)

The theory that the 1969 moon landing was faked is one of those persistent conspiracies that just won’t die. In a unique approach to the idea, the Stuff They Don’t Want You To Know podcast interviews the director of a new thriller in which two novice CIA agents looking for a Russian mole within NASA find something more sinister. (40:00)

I am a big fan of movie soundtracks. Not the collections of pop songs used in many films,2Although Guardians of the Galaxy did a pretty good job with their mixtape. but music composed specifically for the production. A Theory of Film Music is a little geeky but is also an interesting analysis of why the music in most modern high profile films (think anything from Marvel) is not particularly distinctive. He doesn’t touch on my favorites, however, the music from Pixar films. (12:14)