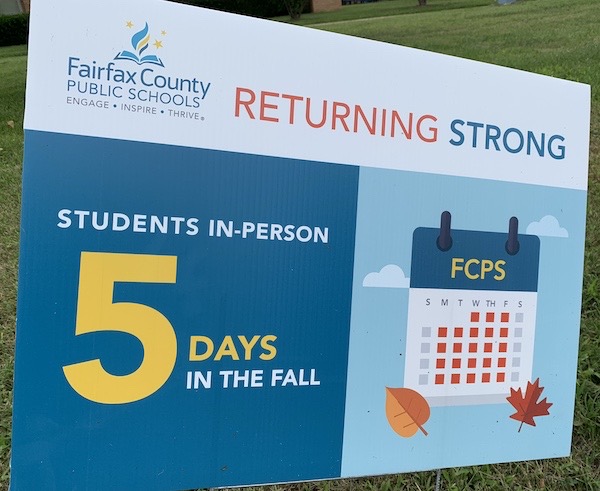 Four weeks from today, school will open for the new year here in the overly-large school district. The superintendent and school board have declared that all students will be attending in-person, five days a week. Just business as usual, right?

Well, given the pandemic isn’t over and cases are even rising, that IS a lot of optimism.

END_OF_DOCUMENT_TOKEN_TO_BE_REPLACED

To back that blanket statement, consider these two pieces of evidence found on the interwebs just today.

First we have a new report showing that “fraudulent charter operators in 15 states are responsible for losing, misusing or wasting over $100 million in taxpayer money”.

We found, as stated in the introduction, that at least $100 million in public tax dollars has been lostÂ due to fraud, waste, and abuse. These instances of fraud and mismanagement, which are catalogued in appendixes A-F, fall into six basic categories:

Charter schools, of course, are the cornerstone of many school reform plans, including those from the current federal administration, many states, and billionaire education “experts” like the Gates and Walton Foundations.

This report is on top of other studies showing that student learning at charters is no better, and often worse, than the districts from which they are taking students and money. And, contrary to the claims of supporters that the competition provided by charters will improve schools for all kids, are actually undermining public education.

With all this data to review, what’s a politician to do? Why, push for more charters, of course.

A bipartisan group of senators plans to introduce a bill Wednesday meant to encourage the growth of charter schools across the country, mirroring legislation expected to be taken up in the House later this week.

Building on the “success of charter schools”, according to one Senator.

Congress critters must not use the same set of web-based tubes that I do.

Then there’s the matter of how to assess the quality of teachers.

Many states and districts have begun using some variation on the Value-Add Model, about which I’ve ranted recently, that assesses teachers based in part on the increase in student learning (aka standardized test scores) over time. In other words, how much value did the teacher add.

Some teachers in Florida objected to the system used in that state in which they would be “evaluated on the scores of students they haven’t taught and on subjects they don’t teach”. Seems like an unfair process, one that might even violateÂ “the Equal Protection and Due Process Clause of the Constitution”. And a District Judge agreed that the process is ridiculous.

However, he also said it was legal.

Obviously I’m not qualified to be a judge because I cannot see how an unfair system can have a “conceivable rational basis” to support it.

Anyway, bottom line, the political posturing represented by these examples, not to mention the tens of millions wasted, does nothing to help students get a better education.

Charter Schools Are a Great Idea

In the original concept of charter schools, a few innovative educators would be enabled to organize their own school and experiment with new ideas for reforming the old model and improving student learning, all under the auspices of, and using funds from, the surrounding public system. The ideas that worked could be incorporated into “regular” schools. The ones that didn’t would also provide a learning experience.

That’s the theory, anyway. The reality has been far different.

Two different articles that landed near each other in my Instapaper queue over winter break offer plenty of evidence showing that charter schools in the US, with few exceptions, provide lousy instruction and worse results, and are undermining public education.

Possibly the biggest problem is that nearly half of charter students are enrolled in schools being run by corporations,1“such as K12 Inc., National Heritage Academies, Charter Schools USA and KIPP” often supported by grants from large, well-funded philanthropic organizations with a political agenda like the Walton Foundation. And their schools are rarely held to the same accountability standards (instructional or financial) as public schools.

Beyond serious questions about who are running these schools (more business people, fewer educators), is the fact that study after study shows they produce “mixed results” at best.

A 2009 national study of charter school performance by CREDO, a research unit at Stanford University that supports charter “reform,” found that only about one in five charter schools had better test scores than comparable public schools and more than twice as many had lower ones. Earlier this year, CREDO released an updated study that looked at charters in 27 states, and little had changed. As the National Education Policy Center explained, “The bottom line appears to be that, once again, it has been found that, in aggregate, charter schools are basically indistinguishable from traditional public schools in terms of their impact on academic test performance.”

However, there is an equally fundamental problem with the way the charter concept has been applied that goes back to the original idea: very few charters are not doing anything innovative.

Most are structured around the traditional teacher information delivery model, with students required to learn the same material, in the same order, often using the same resources as has been standard in public schools for decades (if not centuries). And then demonstrate their learning on programmed standardized tests.

Some charters make a big deal out of requiring longer days, Saturday school, and more regimentation (KIPP), others substitute computer-delivered instruction for human teachers (Rocketship). Certainly these changes may work for some students under some circumstances, but as test cases that might be more broadly applied, they are generally worthless. For many public schools, these ideas could be classified as “been there, done that”.

Even with all these problems, what I’ve covered here only scratches the surface of why the charter school movement (pushed by many high profile education “reformers”) are doing nothing to improve American public education and are probably detrimental.

Spend some time and read the two articles, along with some of the many supporting citations they link to, for a much fuller picture of why the theory of the charter concept is a great idea, while the reality of charter schools in this country is a crappy mess.

From the book A Year Without Pants: WordPress.com and the Future of Work by Scott Berkun:

A great fallacy born from the failure to study culture is the assumption that you can take a practice from one culture and jam it into another and expect similar results.

His context is replicating the success of one tech company by simply copying their approach to business. But you could make the same statement about schools, classrooms and teachers.

Too many education reformers declare we can solve all our education problems by simply finding “what works”, those “best practices”, and duplicate them in every school.

Completely ignoring the many variables found in different groups of children, their schools, and the cultures of the communities in which they live.

I knowÂ this segment from the PBS News HourÂ is pretty old in web time (posted all the way back in December 2012), but if you haven’t seen the piece, it’s worth ten minutes of your time.

There is so much wrong with both this school concept and this report, starting with the fact that anyone considers this to be an example of education “reform”.

In the introduction to the profile of one Rocketship school, the reporter implicitly compares education to the auto industry and tells us that that no one has figured out how to do the same for schools.

He’s totally wrong. Most schools in the US already use an assembly line format, a system that is little changed from when it was created at the birth of compulsory education in the late 19th century, and one that was designed to meet the needs of an exploding industrial economy.

In 2013, that industrial society is all but gone and kids need a whole different set of skills than what they’ll learn from the indoctrination (the only word to describe what I saw in the video) approach at the heart of the Rocketship model. Unless, of course, they’ll spend their working life taking standardized tests.

The narrator ends the report by saying that “Rocketship could become the Model-T of education”.

The Model-T was certainly the right vehicle for it’s time, but that period was a century ago.

The same vintage as this educational reform concept.