In Search of Boring Facts 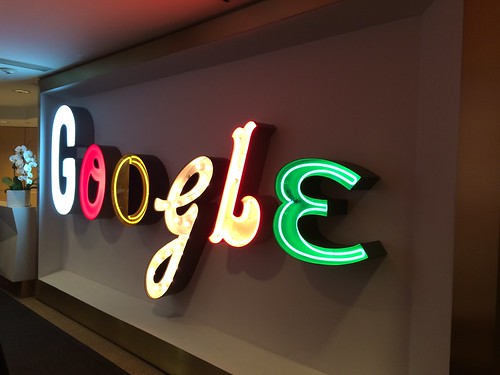 I doubt that many visitors to this site use the search box. It’s just not something you normally do on a blog.

But it seems a few of those who stumbled into this corner of the web did search, at least according to the “top searches” recorded by the plugin that keeps track of such stuff.

END_OF_DOCUMENT_TOKEN_TO_BE_REPLACED

In May the highest court in the European Union decided that everyone living in that jurisdiction now has a new basic human right: the right “to be forgotten”. The facts in the matter are ones many people can relate to, the persistence of unflattering or inconvenient personal information on the web.

In the matter before the Luxembourg-based ECJ, an attorney named Mario Costeja GonzÃ¡lez previously filed a complaint with the Spanish Data Protection Agency claiming that his privacy rights had been violated. Specifically, Gonzalez was displeased that entering his name in Google’s search engine drew results including a legal notice dating back to a 1998 story on his forced property sale to satisfy mounting personal debt.

I find the whole issue fascinating. And as many analysts of the story1with far more insight than you’ll find here have pointed out, the court’s decision generates far more questions than it provides answers. Starting with, is it even possible to completely rewrite your own history in a digitized, always recording world?

Of all the commentary I’ve seen, this seven minute segment from John Oliver’s new show pretty much nails many of the problems behind the concept of being forgotten.

So, now reports about this decision from the New York Times and hundreds of other media outlets, not to mention posts on thousands of other sites with far less authority (like this one), are posted on the web. In fact, the court’s own ruling is posted online.

Certainly all those documents have been sucked up into search engines and indexed. Are web indexing services obligated to censor all those articles as well? And what happens if I’m in a EU country but do my searching on the US version of Google?

As far as I can tell, the court’s decision only seems to apply to Google and similar general search tools. Is the next step ordering the original source, in this case a completely legitimate legal notice, to pull down the materials? Does the law also extend to social media like Facebook and Twitter. The justices didn’t say.

However, the more difficult question raised by this particular ruling are under what circumstances does information get blocked? The court only said that it should happen “in certain cases where the information contained is deemed ‘inadequate’ or ‘irrelevant’”. No ambiguity there.

From everything I’ve read, it’s not likely a right to be forgotten will be established as matter of general law in the US since the concept of free speech with few limitations has a long established legal history. But there are some efforts to enact what are called “eraser” laws like the California bill due to take effect next year giving “residents under 18 a limited right to delete personal information that they, as registered users of sites and networks, posted online or on a mobile app”.

Anyway, I’m sure there are many more ripples coming from this legal decision and more thinking to be done.

If nothing else, it should bring into question the validity of the search results you get. We already know that Google, Bing, and whoever their competitors are manipulate the listings returned to some degree.

But, in the end, rather than working hard to edit history, wouldn’t everyone’s time and effort be better spent by proactively building the positive internet presence they want the world to see? Certainly less stressful, not to mention fewer legal fees, than playing web whac-a-mole.

One more thing: although he sometimes gets a little hyperbolic (but rarely wrong), Jeff Jarvis’ post “The right to remember, dammit” is also worth a read.

I guess I didn’t get much value out of that offer since it was a surprise to get this in the mail today.

You have only 60 more days until your Encyclopaedia Britannica Online subscription will expire, and we’d regret to see you go back to the time consuming chase of ordinary internet searches.

I wonder how many of the bloggers EB originally targeted are willing to pay that kind of money to avoid “ordinary internet searches”.