Talking to Alexa: Skill of the Future? 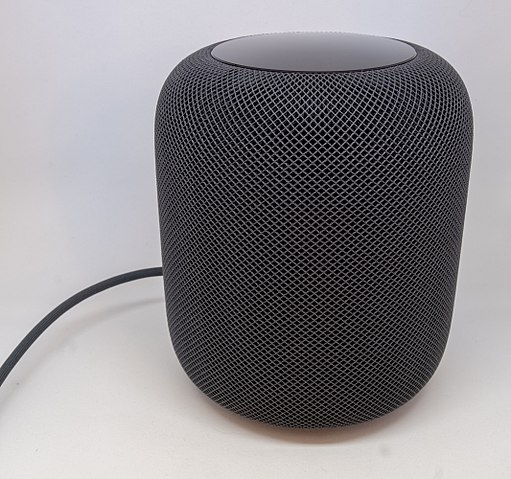 When some shiny new technology starts getting lots of hype, you can bet that articles on using it in school will quickly follow. That’s certainly true of those rapidly multiplying voice-activated artificially-intelligent devices.

The title of a recent article in Education Week asks if interacting with these devices is a “skill of the future”, or just a bad idea.

Voice technology has quickly become a common tech tool in homes and workplaces, and many children are as comfortable giving verbal instructions to an Amazon Echo or Google Home device as they are talking to a person. These developments are forcing educators to think more deeply about the role they play in developing the technological fluency necessary for students to communicate effectively with artificially intelligent machines.

I’m not sure the spread of these AI-powered devices are really “forcing” anything. At this point, they really aren’t very intelligent. And, is learning to talk to them really an essential skill for the future workplace? If these systems are going to be so smart, shouldn’t we expect them to adapt to how we communicate?

Nevertheless, I think there could be a case for bringing these voice assistants into school.

Voice recognition technology is certainly expanding rapidly. Since kids will soon be surrounded by them (if they aren’t already), school would be a great setting in which to investigate how how the algorithms behind them operate. As well as digging into what Amazon, Google, Apple, and others are doing with the recorded data collected from them.

The Ed Week writer tries to include a very basic example of this idea, although it’s not a good one.

“We’ve got to start preparing students to figure out what that looks like for their future,” Davis said.

For the Montour school district in Pennsylvania, that means training students to be technology “producers,” not just consumers, said Justin Aglio, the district’s director of academic achievement and district innovation.

Students worked with the company WIT Lingo to produce school- and district-specific Alexa knowledge, including a set of school facts and a series of interviews with students and teachers about what middle schoolers can expect at Montour High. That information became part of Alexa’s database. The district is also starting to offer lessons on the ethics of voice tech, designing voice technology attributes that contribute positively to society.

The lessons in ethics and how to create “positive” attributes for the algorithms is a great start. But, in this case, I wonder if the students are being paid by this company. After all, they are contributing valuable data that could be very profitable down the line.

Or, possibly worse, the companies enlisting student input could be collecting crap.

But data privacy advocates like Haimson see such initiatives as troubling. “If high school students are now able to develop the information that Google or Alexa provide to device owners, who is doing the fact-checking at these companies, and how do we know that others may not make up ‘fake news’ and spread it via these devices in order to sow disinformation and division?” she asked.

Anyway, this is a very complex issue that will require close monitoring. But at the moment, there are still far too many data privacy issues that need to be addressed before educators start setting up these devices in their classrooms.

Amazon, Google, Apple and others building these technologies are not at all clear about what they’re doing with conversations recorded in homes and offices by their connected bots, much less those taking place among third graders in a classroom.

Of course, this is just one part of the much larger, and pretty much impossible to escape, issue of surveillance and tracking technologies.

As a matter of full disclosure, I have an Apple HomePod (pictured above) sitting on my desk and Siri is always listening for me to summon it.

But then the phones I’ve been carrying for many years not only have Siri listening, they track my every movement. I’m pretty sure the location data they’ve collected over that time is far more revealing than anything I’ve said.

Maybe the real “skill of the future” will be learning how to uncover what our corporate overlords know about us.