The Myth of History 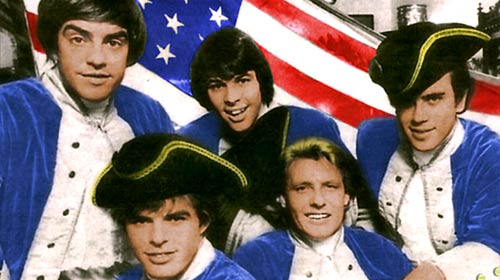 Ask most people in this country to free associate with “Fourth of July” and they’ll probably respond with stuff like fireworks, bar-b-que, parades, and overly-militaristic displays.

Because, as expressed by the great philosopher David Letterman, Independence Day “is the time of year when Americans indulge in their two favorite pastimes: drinkin’ and blowin’ stuff up.”

It’s funnier when he tells it.

But instead of all that, my warped little mind wanders off in other directions. Like to the opening segment from the first episode of HBO’s 2012 series The Newsroom.

In the scene, Will McAvoy, a respected cable news anchor played by Jeff Daniels, is part of a discussion in an auditorium at a university somewhere in America. The topic appears to be something about the left-right divide in this country, with Will clearly representing the moderate middle. Unwillingly.

During the questions-from-the-audience section, a student asks the panel to express in a few words “why America is the greatest nation in the world?”. McAvoy tries to avoid a serious answer to the question before the moderator pushes him into one of the best rants that Aaron Sorkin ever wrote.

He tells the audience that “there is absolutely no evidence to support the statement that America is the greatest nation in the world”. He follows that line with plenty of examples why, and then explains why “we sure used to be”.

Elsewhere on HBO we find something less serious, with lower prestige ambitions: a pair of comedy specials from 2006 called Assume the Position.

Here comedian and actor Robert Wuhl is also speaking to college students (seemly not actors). Presenting a grab-bag of stories from America’s past that we all “learned” at sometime in our lives, and explaining why the historical “facts” that everyone accepts are flat out wrong.

The shows are funny, profane, and worth an hour or so of your time. Although the second half-hour, like most sequels, is not as good as the first.1

In the first of the specials, Wuhl quotes Napoleon as saying, “History is a myth men agree to believe”.2 That pretty much applies to many, if not most, of the stories told this time of year about the origins of the United States and our “founding fathers”.

National Geographic has a similar collection of all-American myths, if you’re interested in a concise text version without the comedy.

Anyway, it has also been said that history is written by the victors, but I’m pretty sure that’s also a myth.

History has always been created by the owners of the most prominent communications platforms – church, printing press, radio, TV, websites – to fit the story they’re currently selling.

It doesn’t matter whether they were on the official “winning” side of any particular contest. And that’s only become more true since social media “followers” became a key metric in the world, possibly toping circulation and ratings.

I wonder if the steady decline in “patriotism” (as defined by the myth-creating Gallup organization) is at least partially due to the increasing cacophony of revisionist myth makers.

Hope you enjoyed the holiday, whatever version of the Independence Day story you subscribe to.

The photo is a publicity shot of Paul Revere and the Raiders, another of my odd associations with July 4. They were a big deal in the late 60’s, and headliners at the first rock concert I ever attended. Their costumes were probably as historically accurate as any other colonial myth.

1. If you subscribe to HBO Max, you can find both specials and all episodes of The Newsroom by digging deep into the archives.

2. Napoleon’s Wikiquote page doesn’t include that particular statement but does credit him with saying “What then is, generally speaking, the truth of history? A fable agreed upon.”. Which is close, I guess.