What’s On My iPad

For those who have an iPad, or are considering one, here’s a short list of the apps on my device that get the most use. (everything is free unless otherwise noted)

Remember, this is what’s current. A few months from now you might find a completely different collection. I’m always open to consider the good stuff others have found.

Evernote: The app is great, but it’s their service, providing access to all your files anywhere with an internet connection, that makes this a must have. And it’s all free! This has become my default word processor.

Feeddler: There are lots of RSS aggregator apps but this one is free, handles large numbers of feeds, and syncs with Google Reader. A paid version will cache posts for offline reading but I haven’t found a need for it. 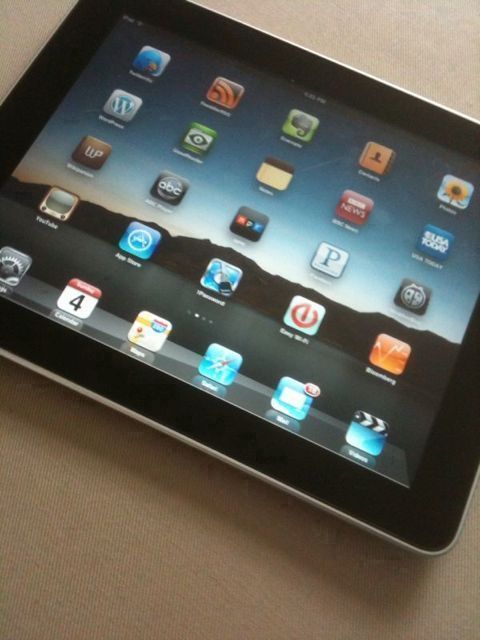 Twitterrific & Tweetdeck: Both are good but neither is great. I’m waiting for the iPad version of Tweetie, which is what I use on the iPhone and desktop, and which is soon to be the “official” Twitter app.

GoodReader: At only 99 cents this PDF reader is a great bargain. While you can sync documents through iTunes, this app also offers an easy way to add files through wifi. More apps, including those from Apple, need the same feature.

BBC News: The best of the free news readers, mostly because of their great coverage outside the US pundit echo chamber. NPR’s app is also good. Not impressed at all with what the New York Times did.

WordPress: Which is what I’m using to post this. However it has enough annoying little problems that I’m considering paying for BlogPress ($2.99) rather than waiting for the WP community to fix the bugs.

Safari: Like we get a choice. :-) While it could use some improvements (adding Flash support is not one of them; I don’t care), this default web browser is actually very good. Even our crappy Blackboard interface works for the most part.

Mail: As much as I’d like to ignore it, a good email app is essential on any portable device and they did a great job with adapting this for the iPad. Looking forward to the unified mailbox that’s in the OS version 4.

Video: The iPad video player is excellent but other web-connected apps like YouTube and the one from ABC work very well as long as you have a good wifi connection. But where’s Hulu?

As I said, that’s the short list.Â  I’m up to five screens so far, although very few are paid for since there aren’t many apps yet that provide enough compelling features over the free equivalents.

And I will admit to having a few apps that some people might consider frivolous.

But how am I supposed to determine whether something like Plants vs Zombies could be educational unless I check it out personally? :-)